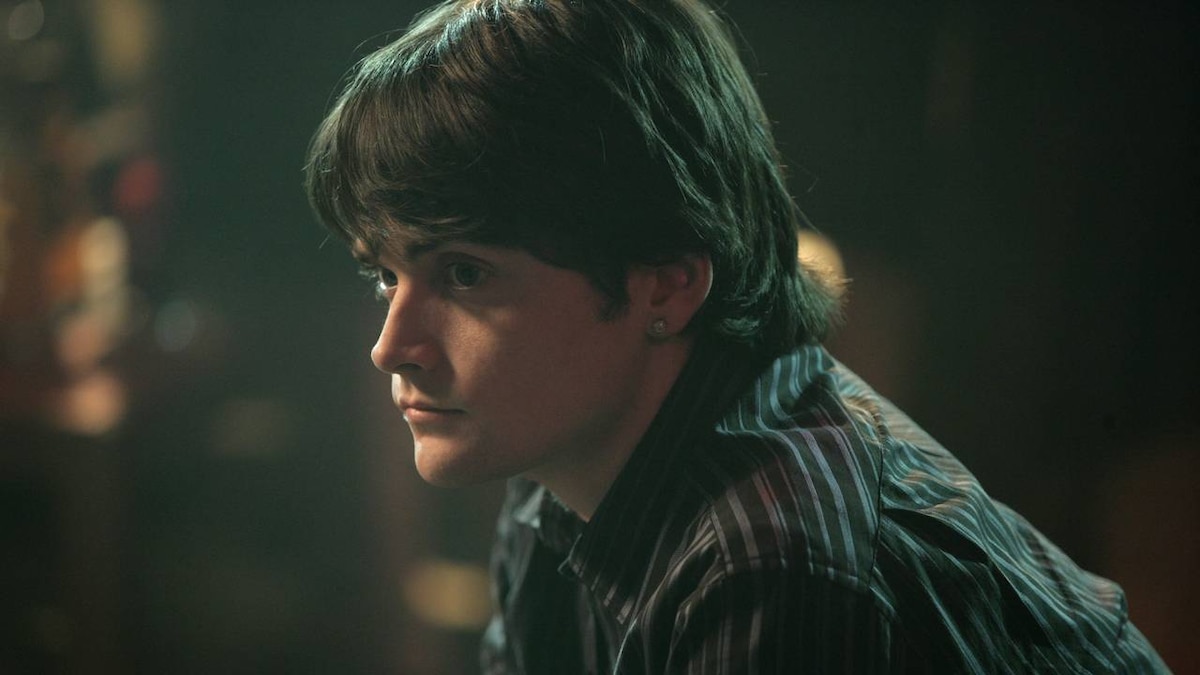 Sometimes you tell a lie so long, you don't know when to stop.

AJ sells his drum set to supplement his Blockbuster job. When Tony and Carmela suggest a better job or community college he snaps: "Jesus, I'm doing what you want. Don't I deserve some kind of life?"

While enjoying an afternoon on the Stugots II, AJ asks Tony about Uncle Junior and "What are we gonna do about him?" Tony dismisses any implication for revenge. "He's incarcerated for the rest of his unnatural life."

Patsy and Burt visit Caputo's poultry store for their take, along with some eggs. Next stop: welcoming the neighborhood's new Starbucks-like coffee store, offering "protection" from the marginal types. But when the manager explains that "corporate" won't care about any vandalism, Patsy and Burt retreat. "It's over for the little guy."

Tony, Silvio and Chris check out a woman near the Pork store, and Tony brags his sex life is back on track: "I got a baguette in my pants 24/7." The woman is Real Estate agent Julianna Skiff, who approaches Tony with an offer to buy the nearby poultry store for Jamba Juice. Tony's interested-but not at the offered price.

Vito has his usual - Johnny Cakes - at Jim's diner, complimenting his heroism at the fire. Jim asks how the writing is going on his book.

AJ is more into hanging out with a former high school friend, Hernan, at the clubs in New York than serving customers at Blockbuster. Hernan brags to everyone that AJ's father is "capo di tutti capi"-and then sticks AJ with the drink bill. AJ brags to one of the girls, who grills him about payback for Junior. "I'll probably have to do something," he says.

Tony complains about AJ to Melfi, who urges him to empathize, but Tony's not having it. Melfi tells her therapist, Elliott, it's just a matter of time before Tony decompensates over his being shot. "This isn't omerta. It's something else."

Phil wants to know what's being done about Vito but Tony insists he'll handle it. Meanwhile, Vito calls Marie who begs him to come home and get help: "They can cure you of this" He refuses, but tells her where to find some cash.

Juliana tracks Tony down at the Bada Bing with another Jamba Juice offer. Tony passes but asks her out to talk business. She also passes: "For once in my life I will exercise some self control."

Carl beckons Vito over at the Roadhouse to join the local guys for a beer. When Jim finally makes a pass at Vito, he balks. "What are you, some kinda fag?" Vito throws the first punch but Jim gets the best of him.

AJ asks his parents for money for nice clothes. But they don't approve of his choice of friends, or after-hours activities. He challenges them to stake him in something he's interested in: running a club. Given, among other reasons, he's not old enough to drink, they refuse.

"It's like a bad smell in the house, it's always hanging there," Tony complains about AJ. He tells Melfi that it's not a good aphrodisiac and that he couldn't be blamed for seeking an extracurricular outlet-not that he's considering that. He asks for practical advice. She suggests they lay down some rules: "The most important thing is that you and Carmela are in agreement."

AJ pays a visit to Junior at the psych hospital. The knife he's brought clatters to the floor and the orderlies tackle him. When Tony picks AJ up from the police station, AJ sobs that he wasn't able to do the job. But Tony assures him he's grateful AJ's not a killer. Still: "you gotta grow up." At AJ's next night clubbing, one of Hernan's crew hounds AJ to get his father to lean on his landlord, and AJ has a panic attack.

A beaten Vito heads back for more Johnny Cakes - and to apologize. Jim and Vito head off on motorcycles for a romantic picnic.

Julianna calls with another Jamba Juice offer. Sold. They agree Tony will come by her apartment that night to sign the papers. When he gets there, he signs the papers, but feeling guilty about Carmela, he can't close the deal with Julianna. He heads home to Carmela-in a rage over his sexual frustration.

Patsy and Burt visit Caputo's poultry store to collect the weekly take. Caputo informs them that Tony has sold the building to Jamba Juice. Patsy exits angrily. Outside, he "What the f$#% is happening to this neighborhood?"