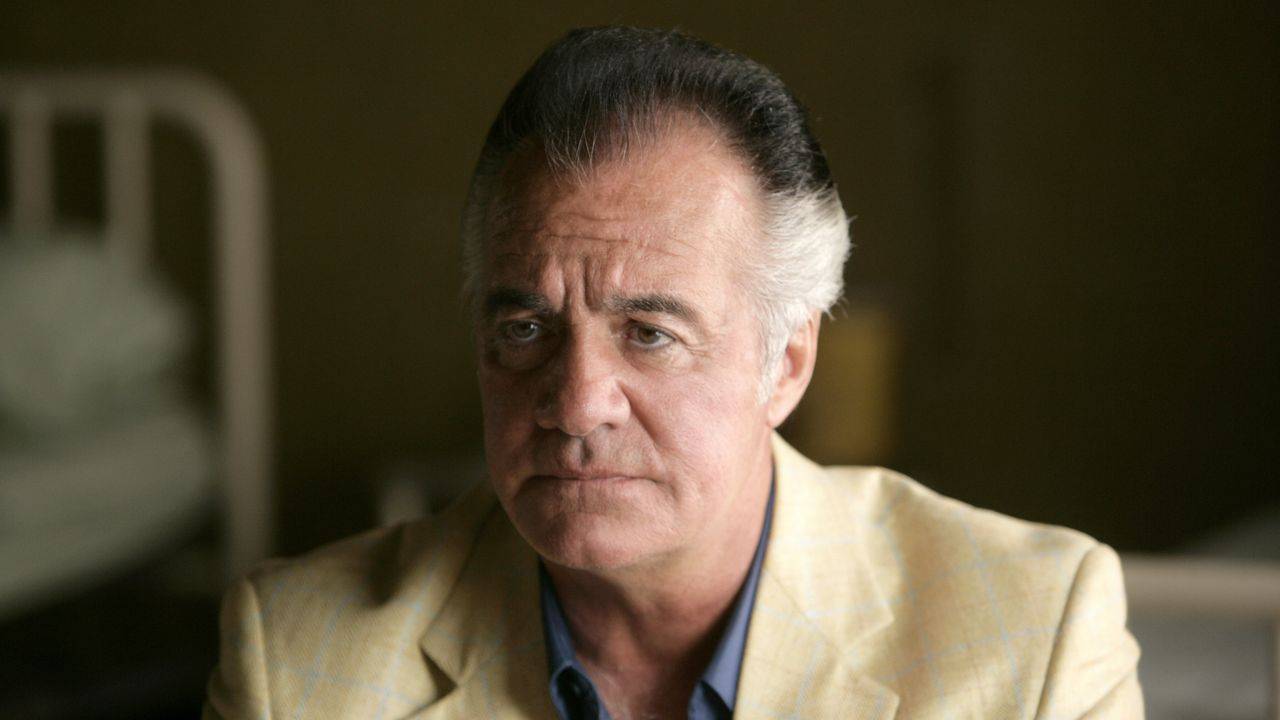 The Fleshy Part of the Thigh

Sometimes I go about in pity for myself and all the while a great wind carries me across the sky.

Tony's on the mend, due for his final surgery to close up his wound. He complains to his nurse that he's not feeling like himself. "My thoughts keep running away from me." She assures him that's normal for patients in his condition.

Religious evangelicals Aaron Aarkaway and Bob Brewster barge in on Tony the night before his surgery to pray with him. Tony accepts their prayer, but questions whether their stance on birth control could be a slippery slope to banning Viagra-which he imagines he'll be needing in his post-operative state. "What are you, a wiseass," asks Carmela after shooing them away.

When Jason Barone's father dies, Jason suddenly has to decide what to do with Barone Sanitation, but he's been kept in the dark about the true nature of the family business. He doesn't understand why Tony is the second highest paid employee on the books, and Paulie brings him in for a hospital visit. Jason is planning to sell Barone to Chucky Cinelli, but Tony insists he let him take care of it. "This carting business," he says, "It's a different corporate culture."

Paulie is summoned to his Aunt Dottie's death bed at the convent, and she's got a bombshell: Dottie, a nun, is Paulie's real mother. "I was a bad girl." The news sends Paulie into a tailspin. He boycotts Dottie's funeral and disowns Nucci, the mother/aunt who raised him.

At the hospital, it turns out the rap artist Da Lux is on Tony's floor. Apparently his own shooting is helping his CD sales. "Yeah but it really hurts," moans Da Lux. Bobby overhears one of Da Lux's posse, Marvin, writing a rap. Marvin complains that Da Lux is now too busy to produce his album this year. Bobby suggests it might make Marvin more popular if he got shot too and offers to help him out. Marvin eventually agrees, paying Bobby to make a surprise hit.

Tony meets with Phil outside the hospital, his IV pole in one hand, a cigar in the other. "You go around me...and try and poach my company," he accuses Phil, suggesting that he and Johnny Sack tried to take over Barone Sanitation. Tony needs the W-2, not to mention the health insurance, and insists he stay on payroll and get 25 percent of the sale price. Phil says he'll take the message to Johnny.

Da Lux invites Tony and Schwinn (a fellow patient) to watch a boxing match on the flat screen in his hospital room. When Paulie moans about how alone we all are, Schwinn counters that we're all connected. "Everythang is Everthang," says Da Lux. "I'm down with that."

Johnny Sack offers Tony two years on payroll and five percent of the sale price and a new car. Tony vomits at the news, ordering Paulie to intervene. Paulie and Patsy make a threatening visit to Jason, warning him that Tony's take will come out of Jason's profits. But when Jason tries to back out of the Cinelli sale, he finds he can't. Tony calls Jason to his bedside and lets him have it. When Jason's mother comes to beg for mercy for her son, Paulie is overwhelmed, seeing the mother's love he felt never had.

Bob Brewster makes one last visit to try and save Tony, but the boss resists his message. Still, Tony confides to Schwinn he's starting to believe we're all part of something bigger.

Back home, Phil comes to Tony with Johnny Sack's final offer: T keeps his paycheck and W-2 for 10 years and 12 percent of the sale price-but no skim. Tony agrees. "Truth be told, there's enough garbage for everybody." But Paulie can't let it go of his problem. He takes a pipe to Jason's kneecap, insisting Jason kick up $4000 a month to him-and not a word to Tony.