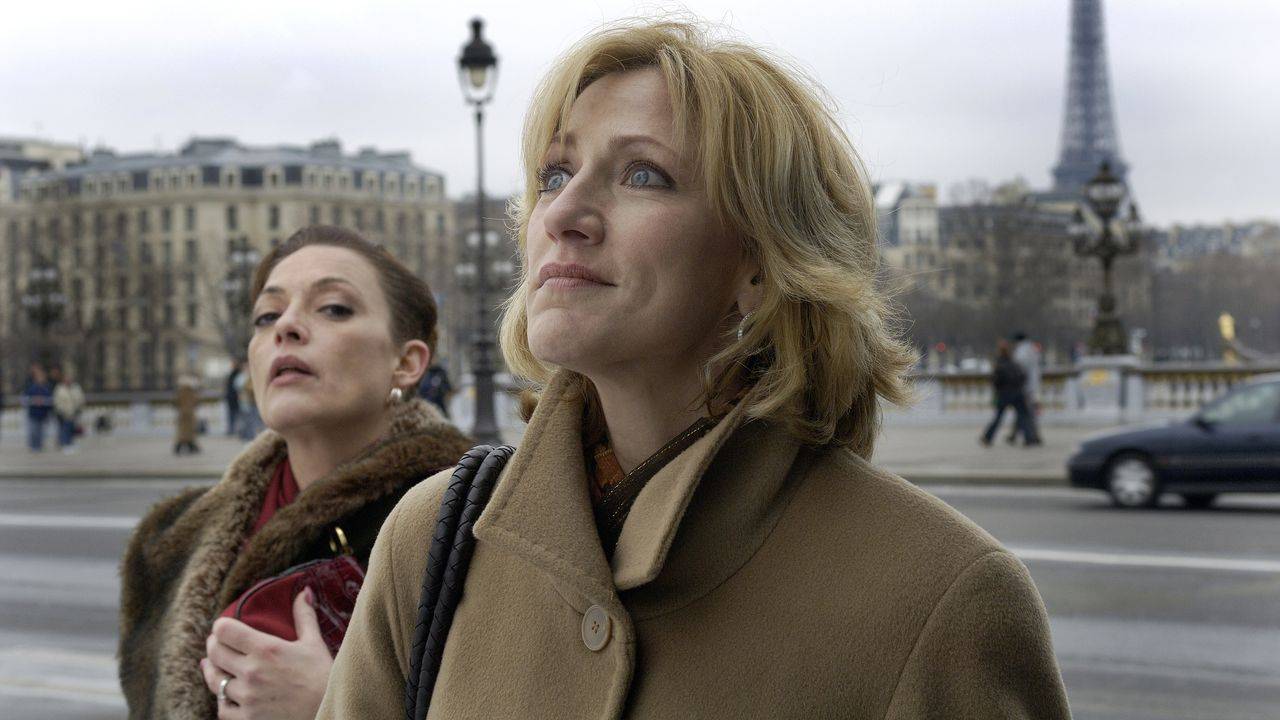 Carmela and Tony learn that AJ was fired three weeks ago from Blockbuster for selling promotional movie items. Carmela can't sleep for worry. "He's got his dead, nihilistic streak. It chills me to the bone," she tells Tony. Then Meadow knocks on their door to announce she's going to California to be with Finn at dental school.

Tony makes Phil come to Jersey for a meeting. "I gotta draw lines," he tells Silvio. Phil tells Tony he can't make five no-show jobs work anymore on the Tidelands project. "I, me, my." I'm hearin' a lotta that from you lately," notes Tony. Phil tells him that as long as Johnny's "folding laundry in Danbury" Phil's in charge and he's made his decision.

Carmela reminds Tony about the trip to Paris she won at the silent auction at the Feast. Tony can't get away, so Carmela suggests she take Rosalie Aprile. With Meadow leaving, the spec house disaster and AJ's antics, she needs a break. Tony acquiesces. "You should go, you deserve it."

Vito tracks Tony down while he's alone and begs to be let back in. He wants to set himself up in Atlantic City - "meth, running girls--much more tolerant atmosphere." He tells T he's not gay, it was blood pressure meds messing with his head. T says he'll think about it, but when he defends the proposal to Chris, Silvio and Paulie, they're all dubious.

Carmela gets cold feet before her flight but Tony sends her off to Paris with a billfold full of cash.

Vito meets Marie and the kids in the city. He tells his kids that they can't tell anyone that he's back because he's working deep cover for the CIA.

In Paris, Carmela and Rosalie are awestruck by the food, the language, the Paris skies, and the sights. "Who built that?" Carmela wonders over a statue.

Phil confronts Tony. "You said you were gonna take care of that fuckin' finook." Tony decides that Vito has to go, otherwise it will be war with Phil. "It's the right decision," says Silvio. They decide Carlo should handle it.

As Vice President of Concerned Catholic Mothers, Patty Leotardo confides her shame to Phil over having Vito in the family. "Vito has to be made to face his problems squarely," she tells Phil.

Lori from the Bing gives Tony a blow job while he drives her home. As he's leaving, Vito calls and Tony sets up a meet. But Phil Gerry and Fat Dom get to Vito before T's people can.

Bobby busts into the Pork store with news that Vito was found beaten to death at a motel in Fort Lee. Tony acts like it's no big deal...he saved them the trouble. But to Silvio he confides that this is Phil disrespecting Tony, showing him he can do whatever he wants to Tony's captains. Silvio suggests an eye for an eye but Tony doesn't want to start a blood bath. He wants to hit him where it will hurt instead. "All Phil cares about is fuckin' money."

Carmela is moved by the sense of history in Paris, and the freedom of feeling inconsequential. "When you actually die, life goes on without you. Like it does in Paris, when we're not here." She tries to talk to Rosalie about Jackie Jr's death and Rosalie gets mad "Why can't we just have a good time." Rosalie announces she's going out with a young Frenchman she met. Carmela urges her to have fun.

Tony tells Melfi he hates AJ. "We have to deal with this," she says. Tony seethes that his son might have grown up with some balls, if Carmela had let Tony kick AJ's ass growing up. But Melfi points out that Carmela protecting her son from his father, "is the very thing you had often wished you mother had done for you."

When Dom stops by the Pork store and makes one too many jokes about Vito, Silvio and Carlo lose their tempers. Carlo pulls a knife, and Dom ends up dead. T shows up and Silvio hustles him out. "You don't want to come in here."

Upset, Tony heads home, interrupting AJ's video gaming with Hernan. He calls AJ to the garage for a talk and tells him he's to report for a construction job at 7 am. When his son doesn't take him seriously, Tony smashes the window of AJ's car in. "Don't put me to the test,' he warns.

Carmela dreams that she sees Adrianna in Paris, but a gendarme tells her Adrianna is dead.

Vito's son and daughter read about his death in the newspaper. Vito Jr. realizes the CIA story was a sham and that his father left town because he was a homosexual and wanted to live an open lifestyle.

Back at home, AJ heads off to his new job and Carmela does laundry.

A photographer notices Vito's obituary in the paper and makes the connection that he knew him. He flips through his portfolio and shows his assistant the Thin Club ad he photographed featuring Vito.