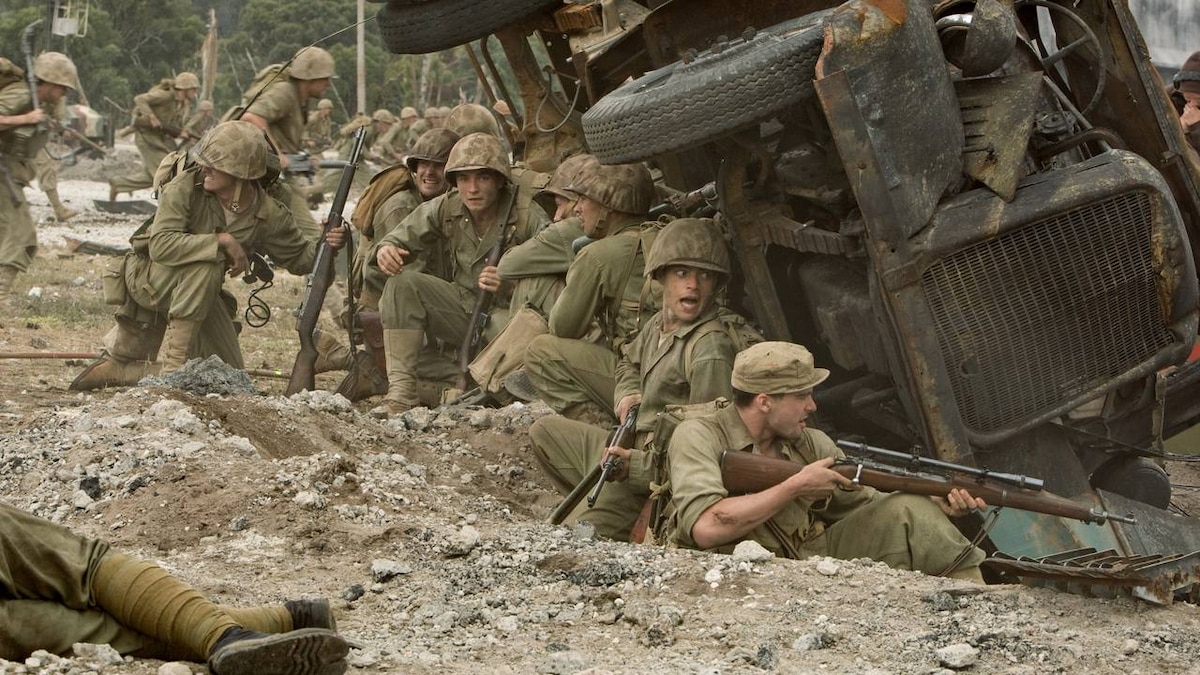 September 1944. Stateside in Mobile, Alabama, Phillips visits the Sledge family to give them news of their son. Meanwhile, Sledge, Leckie and their respective units grow increasingly dehydrated as they prepare to attack the airfield. Following a thunderous naval barrage, the Marines begin crossing the airfield under heavy fire and, once again, suffer serious casualties. Runner is shot, and Leckie, desperate to aid his
friend, is ordered to go back to get a working radio and a corpsman, which means he must recross the airfield. Meanwhile, Sledge's newfound comrade Oswalt is shot in the head and killed instantly. Searching for a corpsman, Leckie is blown off his feet and knocked unconscious. He is evacuated onto a hospital ship.

That night, Sledge confesses to Capt. Haldane how frightened he was when they crossed the airfield. Haldane assures him that every Marine was scared that day, veteran and boot alike, and that "it's all worthwhile because our cause is just." Sledge begins noting his combat experience in his New Testament. Now a battle-hardened Marine, Sledge is christened "Sledgehammer" by Snafu. Assigned a seemingly impossible mission, Capt. Haldane heads back to battalion headquarters to request a change in orders. Leckie and Runner reunite on the hospital ship and wonder as to the fate of Hoosier and Chuckler. They sail away from Peleliu and out of the war. 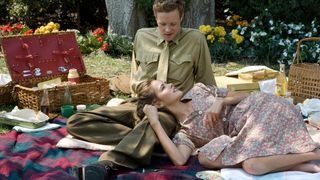 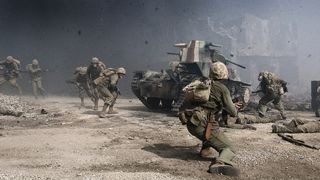