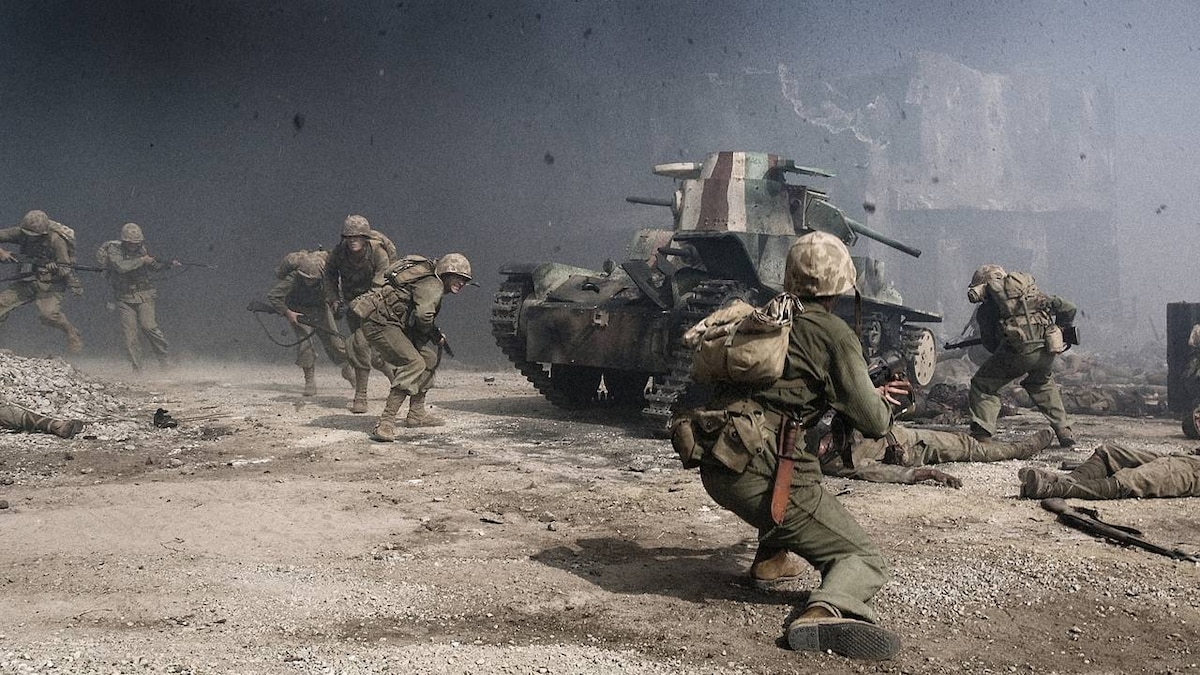 Basilone, "The Hero of Guadalcanal," continues on the bond drive tour with beautiful starlet Virginia Grey. While on the tour, he's able to have breakfast with his younger brother George, who's about to ship out overseas. He cautions his brother not to do anything foolish in order to live up to the Basilone name. Sledge, Oswalt, and Leyden arrive on Pavuvu and are assigned to the Fifth Regiment but receive a frosty welcome from combat veterans Burgin, Snafu, and Jay De L'eau. Sledge is happily reunited with Phillips but is disappointed to learn that his old friend is about to head home. Sledge meets his commanding officer Capt. Andrew Haldane, as well as Lt. "Hillbilly" Jones. Phillips tries to explain to Sledge that war is nothing like they envisioned when they were kids playing soldier. Without a chance to say goodbye to Phillips, Sledge debates faith and the existence of God with a once faithful but now skeptical Robert Leckie.

September 15, 1944. Eugene Sledge finally heads into combat, along with Snafu, Burgin and the others. Their mission is to take the coral atoll of Peleliu. The beach is heavily defended, and the Marines suffer scores of casualties. Leckie's unit lands in an equally well-defended but different section of the beach. Leckie comforts his comrade Hoosier when he suffers a bloody thigh wound. Capt. Haldane urges Sledge and the others off the beach and toward the airfield. The heat is extreme, and thirst from the lack of clean water quickly becomes another obstacle the Marines must overcome. After the beach is secured, Leckie finds Runner, and Sledge watches in horror as Snafu pries gold teeth from the mouth of a dead Japanese soldier. As night falls on the first day on Peleliu, Sledge and Oswalt contemplate crossing the airfield - a vast, flat expanse offering no cover. But that's for tomorrow.