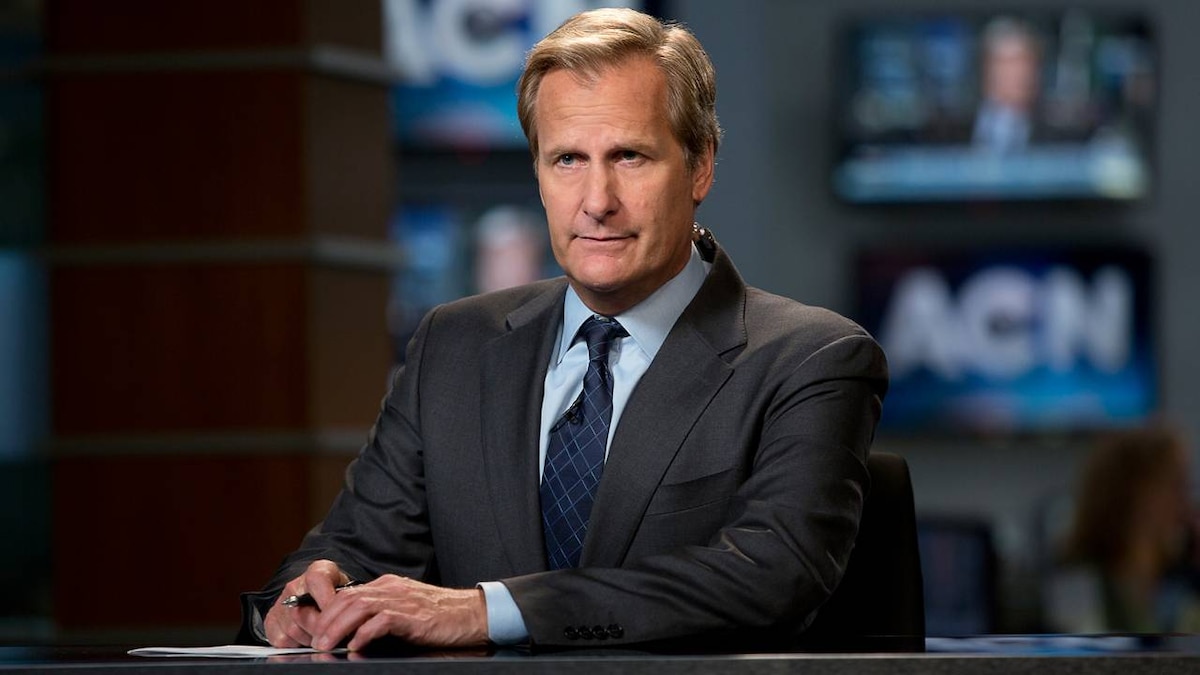 First Thing We Do, Let's Kill All the Lawyers

A litigator named Rebecca Halliday interviews Will McAvoy about a News Night broadcast that alleged the U.S. committed war crimes in a black op named Genoa. Will reminds his lawyer that the story was retracted and the producer, who doctored an interview, was fired. Already irritated with Will's nonchalance, Rebecca is incensed to see that ACN's character witness, Maggie, now has short red hair after a traumatic trip to Uganda for a story. Rebecca reminds Will that his career - and the career of everyone involved in the broadcast - is on the line.

Months earlier, the President of ACN, Reese Lansing, is shut out of a meeting with the U.S. House of Representatives to help draft the SOPA bill to combat internet piracy. Reese and Leona interpret this snub as deliberate retaliation for Will's comment that the Tea Party is the "American Taliban."

Will broadcasts the fall of Muammar Gaddafi in Tripoli. After the show, Charlie informs Mac that Ben Furusho, who had been covering the Romney campaign in New Hampshire, injured himself in a drunken mishap. The team needs another correspondent on the bus for a few weeks.

Maggie approaches Jim to clear the air between them, and he snaps that their relationship is "only awkward because you want it to be." After their conversation, Jim marches into Mac's office and asks to go on the road with the Romney campaign. When he explains how desperately he wants to leave town, Mac relents. She recruits Jerry Dantana, a reporter from the DC bureau, to cover during Jim's absence. When Jim meets up with the Romney campaign, he receives a cold welcome, and is forced to drive behind the press bus.

Charlie informs Will he's decided to pull him off the 9/11-anniversary coverage in light of the Tea Party comments. Will is upset, but half-heartedly agrees to "get the flu" around the 9th or 10th.

Jerry joins the News Night team in New York, and is eager to report on drone strikes. As he's pitching to Will, Sloan joins his cause. Mac approves a panel on the issue and Jerry opts to bring in his own military analysis expert, Cyrus West. During the segment, West stubbornly and ineloquently argues for the use of drones. Mac encourages Will to jump in with a rebuttal, but he remains silent.

Mac tells Jerry to book Jim's experts moving forward. West is eager to be asked back on the show; to make up for his poor performance, he offers Jerry a scoop that "makes careers and ends presidencies." The story is about a black-op called Genoa.

At the rundown meeting, Mac announces Jim's absence and Maggie is notably upset. Neal pitches doing a story on Occupy Wall Street, calling it "America's Arab Spring." He trails Mac after the meeting adjourns, emphasizing the movement's growing momentum. She feels the story is preemptive, but encourages him to attend their General Assembly meeting that evening. Neal does so, only to learn that he's not welcome as a member of the press. He speaks to an activist named Shelley who explains to him that the movement doesn't trust the media to accurately portray the nuances of their cause. Neal expresses support and leaves his card.

Charlie questions Sloan about Will's panel performance; she notes he made it explicitly clear that ACN is anti-terrorist. Sloan tells Don she wasn't serious when she implied he should ask her out. He assures her that he took it as a joke.

In their shared apartment, Don packs while Maggie sleeps. She wakes to discover he watched a YouTube video of Maggie confessing her feelings for Jim in front of the Sex and the City tour bus. Don tells Maggie to move back in with Lisa and adds that he's not in love with her. He calmly leaves for a hotel.

Mac meets Will at a bar where he admits that he didn't jump into the drone debate because he's upset about being taken off the 9/11-anniversary coverage. He's frustrated and tired of the uphill battle to earn back his credibility and the audience's love - a fight that Mac points out ironically mirrors her personal struggle with Will. He pledges to debate spiritedly from now on.

Months later, Rebecca questions Mac. She reveals that the Genoa broadcast was the most-viewed program in the history of cable news. Mac begins a full deposition while Will and Maggie wait in the hallway.