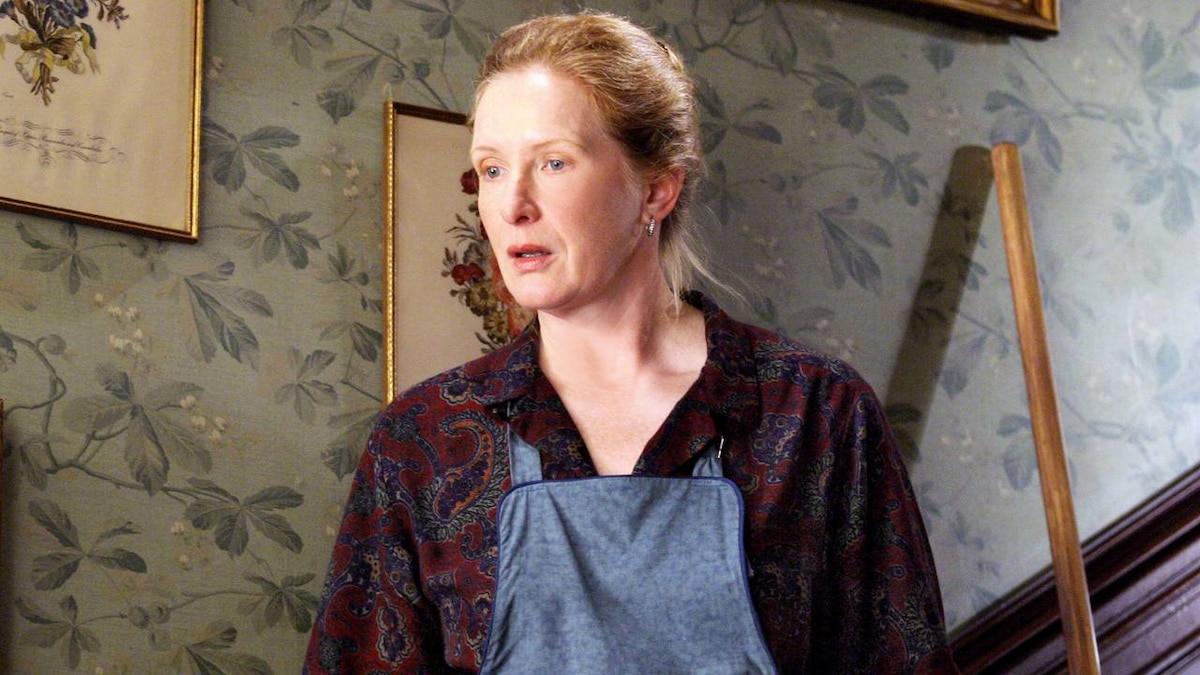 David worries about weathering a long-distance relationship as Keith prepares to go on a three-month tour with Celeste. Keith doesn't help matters when he calls David from the road to tell him the exciting details of his trip and then refers to David as "honey," still concerned about appearing gay in front of his fellow bodyguards.

Ruth encourages Nate to join a bereavement group to help him move on from Lisa. At the meeting, Nate has trouble connecting with the much older widows and widowers. When it's finally his turn to share, the building's fire alarm goes off and Nate decides to leave before the group files back inside.

Ruth gets the idea to set up George's son, Kyle, with the friendly checkout girl at her favorite fabric store. When she mentions her plan to George, however, he angrily accuses her of meddling. Claire doesn't like it when during an class critique of her latest art work, the teacher suggests that her self-portraits portray her as a "vacant vessel."

Rico receives an unexpected visit from Sophia at the funeral home. He tries to resist her advances but when she vulnerably admits to missing him, he agrees to meet her for dinner. Margaret is supportive of Brenda's desire to become a therapist, but has second thoughts about her having a child with Joe after Brenda reveals that their sex life is "interesting."

While on his way home from retrieving a dead body David stops to help an attractive man, who claims that his car has run out of gas. Things turn suddenly ugly, when the man brutally attacks David outside of a convenient store and threatens to shoot him if he doesn't comply with his demands. The man makes David withdraw all of his money from an ATM, then has David help him buy crack and forces him to take it with him. The frightening ordeal lasts hours and ends with David alone in a deserted alley, lucky to be alive.