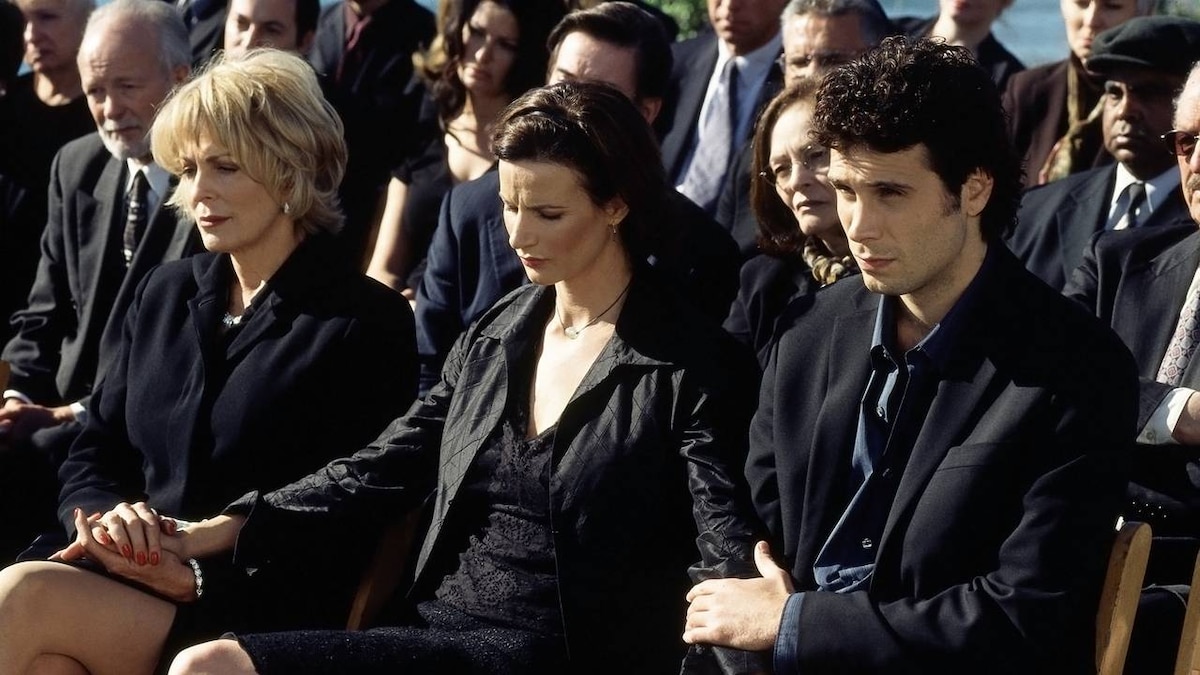 When he sees Bern Chenowith's obituary in the newspaper, Nate's immediate impulse is to go to Brenda. But first he phones Lisa, who's spending the day at a food fair, and asks her approval. When Lisa says he "totally should" go, Nate needs to find someone to take care of Maya. His first choice, Ruth, is unavailable. She left the house early in the morning, saying something about needing a new gardening hat. The truth, however, is that she was going to follow - or, more precisely, stalk - Arthur as he goes jogging.

Nate then offers Claire twenty dollars to babysit, but she, too, has plans. She goes to an art supply store with Russell, where they get into an argument over a tube of cobalt blue oil paint. Russell wants to buy it for Claire, but she adamantly refuses, saying that it's too expensive. Russell buys it anyway, and surprises her with it later. "See, I have this theory," he tells her, "that every now and then a person should get what they want right when they want it. It keeps you optimistic."

David and Keith are unavailable; they're at a brunch at Terry's "humble a-Baudelaire." David has a good time mingling and sipping Mimosas. But Keith hates everything about it, from the guess-the-leading-lady parlor game to Terry's nervous dog that defecates when people look it in the eye. Eventually, Keith reaches the tipping point. "You stay and have fun," he tells David, without rancor, " ...I'll see you back at home."

Finally, Rico suggests Nate leave Maya with Vanessa. But when Nate goes to their house, he finds Vanessa agitated and on the verge of tears. Nate returns to the funeral home - with Maya - and tells Rico that he's concerned about Vanessa's "intense energy." Rico replies that Vanessa's just been "down in the dumps since her mother died." But even he has come to see that she may need professional help.

Ultimately, Nate takes Maya with him to Bern's memorial, which is held on the same spot where he and Brenda had planned to be married. The three of them - Nate, Brenda and Maya - sit quietly overlooking the ocean, where Brenda makes a confession. She tells Nate, "You're the first person I ever lost...where it felt like it cost me something." When Nate gets home, Lisa is furious that Maya was at the funeral and that Nate had allowed Brenda to touch her. Before running out of the room she tearfully asks, "Why can't you let her go?"

Late that night, while Nate is in bed next to his sleeping wife and daughter, he's visited by Bernard Chenowith. Bernard tells him that he doesn't have to worry about Brenda. "You've found your happiness, Nate, " he says, "She'll find hers. It's just a matter of time." Nate replies with a question:

"And what if I haven't found mine?"