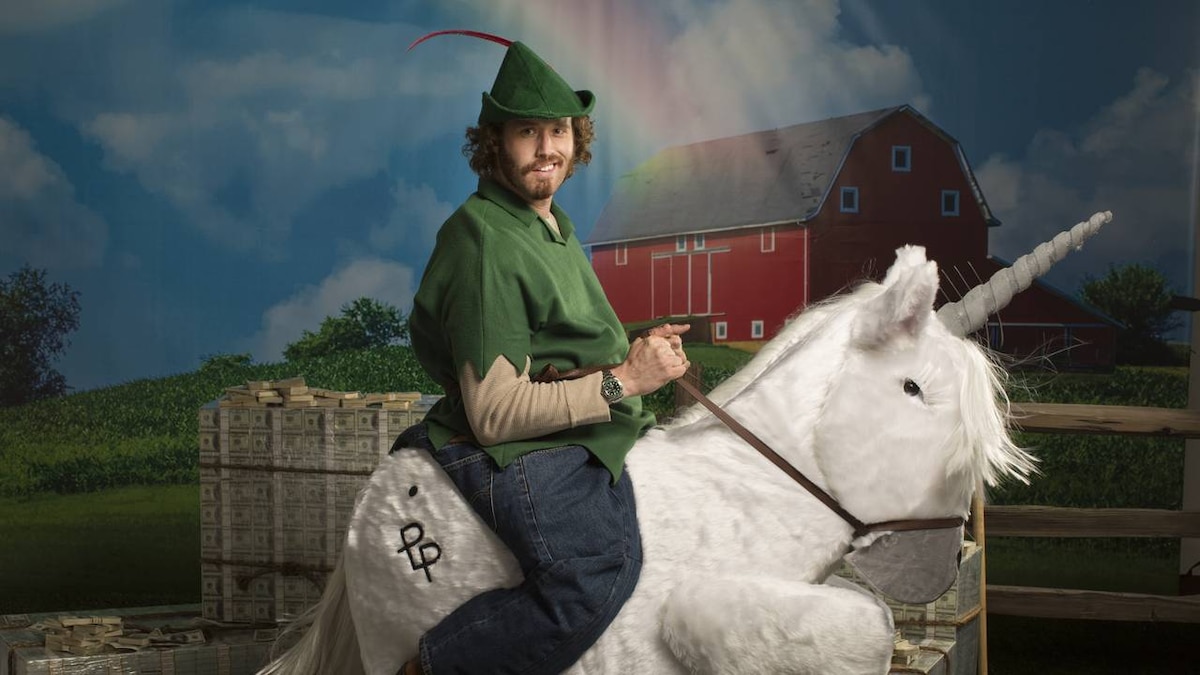 Emily Chang from Bloomberg TV interviews Richard and Erlich live after the successful launch of Pied Piper, and the boys celebrate their invitation to the Vanity Fair summit dinner. When Chang refers to Pied Piper as the next unicorn, Erlich squirms at the mention of his stake in the company. Following the interview, Monica calls Erlich, who begrudgingly promises to tell Richard about selling his shares, after the Vanity Fair dinner.

At the Hacker Hostel, Erlich reminds Richard that they have a Verge photoshoot to attend, and Richard suggests that Erlich, alone, be the face of the company. Jared walks in wearing a flamboyant Pied Piper letterman jacket, to which Gilfoyle remarks, "If my mother was naked and dead in the street, I would not cover her body with that jacket."

Gavin Belson presents another animal metaphor to the unamused Hooli board -- this time it's a tortoise and a hare representing EndFrame and Pied Piper. Belson is accused of losing his touch, and is informed that Hooli will be moving on without him at the helm.

Jared and Richard interview prospective PR guy David at the hostel, and he mentions having noticed a large sale of Pied Piper stock on Laurie's desk. David notes, "insiders only dump stock like that when they know something is wrong," prompting denials from Richard and Jared. Still, Richard is convinced Monica is the one unloading stock.

Richard calls Monica and accuses her of dumping her shares. When Monica says otherwise, Richard figures out who's really to blame.

Richard barges into Erlich's Verge photoshoot, finding him in a unicorn suit. Defeated, Erlich admits: "Erlich Bachman, the name that used to be synonymous with success, went broke and was forced to sell." Richard tells Erlich he needs to make a statement to get ahead of the bad press.

Jack Barker and Gavin Belson, both heading to Jackson Hole, run into each other on the tarmac. Exchanging pleasantries, the two agree to play chess on their tablets from their respective jets.

Richard and Jared write the press release about Erlich, but Richard decides to only release it if the rumors spread out of control. Richard pays Erlich rent for the hostel and makes it very clear that Erlich "will have nothing to do with this company whatsoever." He gives Erlich's board seat to an elated Jared.

Richard checks into the Vanity Fair dinner, and runs into Russ Hanneman who mentions Erlich approached him about buying half of his Pied Piper shares, but Laurie Bream swooped in and forced Erlich to sell them to her.

At the dinner, Laurie explains to Richard how her control of the board allowed her to block the sale of Erlich's shares to Russ. In one of her "finer moments," she purchased Erlich's shares for the exact price of his debts, $713,000, leaving him with nothing.

Richard leaves the dinner and returns to the hostel where he discovers that Erlich outed himself to C.J.'s blog to protect Pied Piper. Richard offers Erlich the open PR job just as Jared runs out and exclaims that the Pied Piper app was accepted to the Hooli store.
nIn his first official act as "Chief Evangelism Officer," Erlich calls C.J. who reveals that by "ugly shit" she meant the jackets -- but Erlich's tell-all is the hottest thing on her blog.