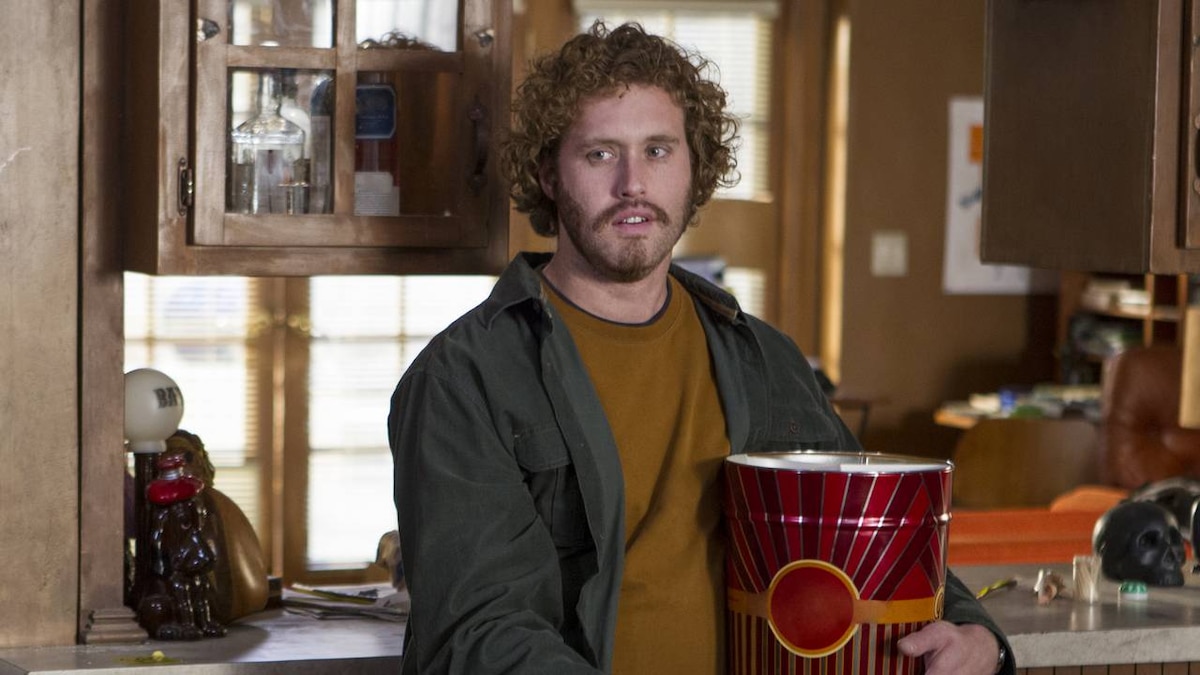 Richard, Dinesh and Gilfoyle walk around a bunker-like data center while a middle-aged engineer shows them where the Pied Piper boxes would go. The guys learn the new sales team promised 24-hour-a-day, on-site maintenance -- meaning one of them would have to work in this massive basement tech hell for a year. The engineer attempts to put a positive spin on the work environment: "There's really no difference between day and night down here, so it makes things easy."

Richard continues to push for a full platform over a physical box, but Jack flatly refuses to pursue the software route. Richard relays this to Dinesh and Gilfoyle, who quits on the spot. "That box is artless commerce," he says. "I won't be a party to it."

Back at the Hacker Hostel, Gilfoyle adds a gift basket to his growing pile of offerings from recruiters (which includes an Oculus and a hoverboard). Richard announces he's contacted Monica and arranged a meeting with Laurie behind Jack's back to discuss Jack's new "vision" for the platform.

Richard meets with Laurie at Raviga and is pleasantly surprised to find she completely agrees with him -- the box is an "uninspired application" of Pied Piper's tech. She plans to call Jack and tell him to pursue the platform development instead.

At Pied Piper, the guys watch through Jack's glass wall as he receives the call from Laurie. After blowing up at her, he immediately calls Richard in to see him. Jack tells Richard he's going forward with the box, despite Laurie's objections. He told her if she disagreed she could fire him, but Laurie refused. Despite Richard playing dumb about his involvement, Jack stops him on his way out of the office and warns, "If you're going to shoot the king, you've got to be goddamn sure you kill him."

Richard meets with Monica and relays what happened in Jack's office, questioning why Laurie won't fire him. Monica explains it would look bad for her to fire two CEOs within a month.

A limo driver delivers a bottle of Pappy Van Winkle to Gilfoyle from Twen-X recruiters. The catch is Gilfoyle only gets the bottle if he sits down with them. At Twen-X, Gilfoyle is shocked to find he's meeting with the guys from Endframe. They show him they've figured out the Pied Piper predictive loop and thus have cracked middle-out compression themselves.

The Hacker Hostel has a general atmosphere of defeat, but Erlich appears and proposes they secretly go through with developing the platform anyway, despite Jack's order. Richard realizes Erlich has a point; if all they build is the platform, Jack will be forced to embrace it and pretend it was his idea all along. He wouldn't want Laurie to think he has no control over his own company. Richard, Gilfoyle, Jared and Dinesh all get behind the idea and spend the night plotting out how to covertly develop the platform while simultaneously appearing to build the box. They develop a plan, which they call "Skunkworks."

Arriving at work the next morning, Richard is startled when Jared makes an unbelievably disturbing joke, trips on a garden hose, and the papers detailing Skunkworks fly everywhere.

One of the sales guys picks up the papers and marches over to Jack's office to show him. A moment later, Jack emerges and demands the guys join him in his office.