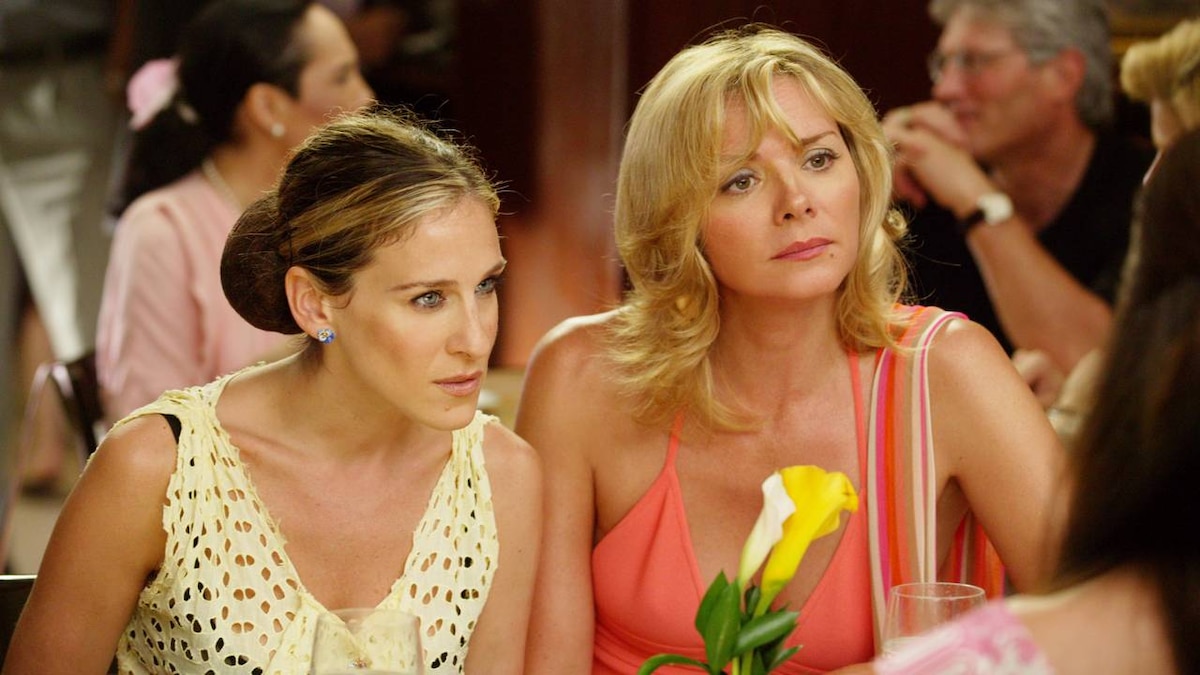 A Woman's Right to Shoes

"It's like she's had two caesarians and a lobotomy." - Carrie

Carrie and Stanford attend a baby shower thrown by their friends Kyra and Chuck. Upon arriving, they discover that Kyra's house rules include the removal of all footwear, regardless if doing so will destroy a carefully crafted outfit. The evening is pleasant enough, but when Carrie plans to leave the party, she discovers that her brand new Manolos have been stolen. Later, Kyra offers to pay for the missing shoes, but balks when she discovers that they cost $485. Carrie winds up leaving the apartment with no compensation, and a sense of shoe-induced shame. She wonders if she has somehow made a mistake by choosing the lifestyle that she did, rather than the more traditional one chosen by Kyra.

Miranda finds herself with three separate problems: an open apartment in her building, Brady suffering from the chickenpox and her own growing need for male companionship. Luckily, one person solves all three problems, as Dr. Robert Leeds takes the vacancy and helps Miranda care for her sick child. When Brady's virus spreads to Miranda, Robert begins attending to her, but the tension in the air hints that their relationship may soon grow beyond doctor/patient.

Charlotte and Harry are still glowing in their post-wedding bliss, but the new bride has a slight problem adjusting to living with her husband's habits. She manages to get him to agree to stop leaving his used teabags all over the apartment, but she finds it more difficult to get used to the sight of him walking around the apartment in the nude. Charlotte doesn't say anything, but when Harry puts his naked form on her new white couch, she puts her foot down, and he agrees to wear shorts around the house from then on.

Samantha's dislike for misbehaving children comes to a head in a fancy restaurant. While a child babbles loudly in the background, Sam is admonished for daring to speak on a cell phone. Wildly frustrated by the double-standard, Samantha approaches the table with the child, but winds up with a face full of pesto for her troubles.

Carrie tries to smooth things over with Kyra, but it seems that the two won't be able to come to an agreement. Carrie then gets a brainstorm... since she's always come through whenever Kyra has registered at a store, then maybe it's time for Carrie to turn the tables. Ms. Bradshaw registers herself at Manolo Blahnik, in recognition of her just-announced marriage to herself. The only item that she registers for is a single pair of the missing $485 shoes, and Kyra finally comes around and replaces the missing Manolos.