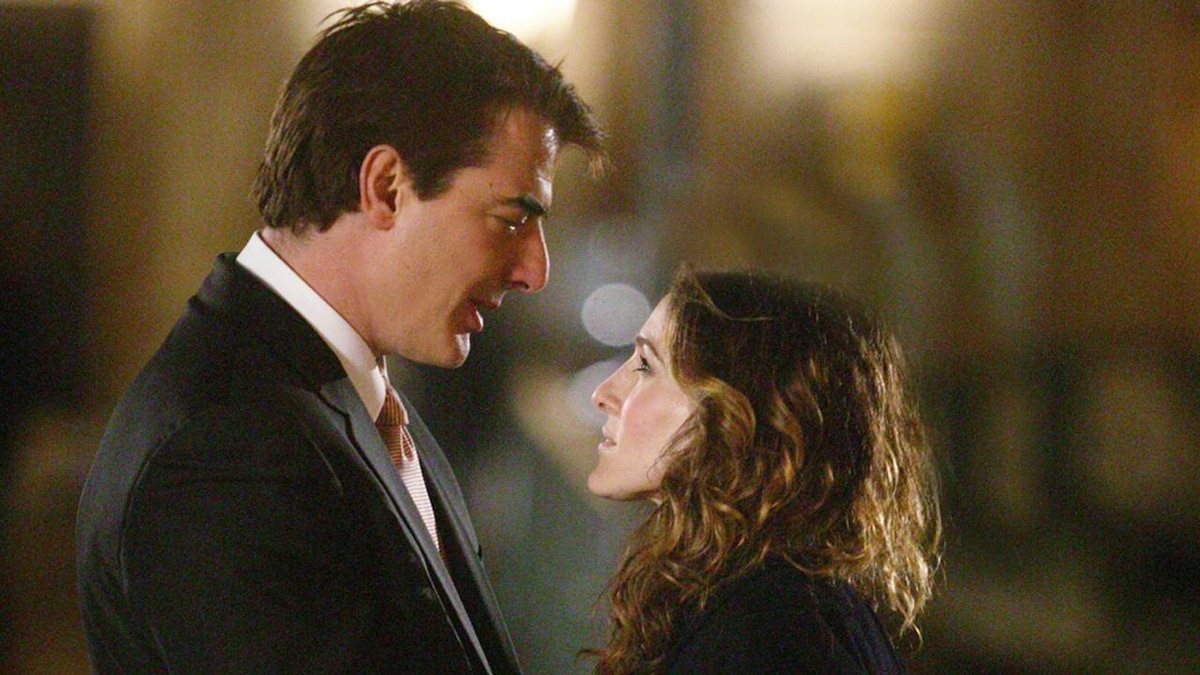 "The most exciting, challenging and significant relationship of all is the one you have with yourself. And if you find someone to love the you you love, well, that's just fabulous." - Carrie

Carrie has a meal with Petrovsky's ex-wife, but the encounter is slightly awkward since Aleksandr is too busy to show up. Carrie learns that Juliet and Petrovsky split because she was tired of always coming in second place to his art. After Petrovsky leaves Carrie behind for a second time in Paris, she begins to wonder if she's doomed to follow in Juliet's footsteps. While wandering Paris, she meets some of her fans, who quickly decide to throw a party in her honor. She agrees to come, and Petrovsky is happy to hear this, even though the affair takes place on the same night that he is scheduled to unveil his exhibit to the curator of the museum and his colleagues.

Back in New York, Samantha's chemo treatments are killing her sex drive (something she's never had to deal with previously), and she tries to push Smith away in an attempt to cope with it. He tries to explain to her that he can wait for her to come around, but he eventually has to go on a movie shoot, leaving the issue unresolved. Smith knows that his feelings for Samantha are strong, so he leaves the set to fly to the city and tell her that he loves her. Sam's strong front fades, and she opens up to him again.

Hoping to adopt a baby, Charlotte and Harry host an expectant couple from North Carolina, with the intent of acquiring their unborn child. Unfortunately, the Goldenblatts feel more depressed than ever when the parents change their mind. Just as the situation is at its worst, their fortunes change when Harry and Charlotte receive notice that they'll be able to adopt a child from China in six months.

Miranda and Steve have their hands full, as his mom, Mary, has suffered a small stroke. Her memory is impaired, and after a quick visit to her apartment, it's clear that she can't take proper care of herself. At Miranda's suggestion, she and Steve decide to bring Mary into their home. Her condition is difficult, and she wanders off one day, causing Miranda to chase after her in a panic. She finally finds Mary eating a slice of pizza out of a garbage can, and brings her home and gives her a bath to clean her up. It's clear the situation will be difficult for everybody, but it's one that will must be dealt with, and love will get them through it.

On the night of his big unveiling, Petrovsky has an anxiety attack, and he begs Carrie to skip her party, and to come with him for support. However, when they get to gallery, he quickly leaves her on her own. She's despondant until finding her missing "Carrie" necklace in the lining of her purse. Carrie realizes that she doesn't belong there, and she dashes out and tries to meet up with her fans, Unfortunately, it turns out that she's missed the party, and when she later tries to explain her frustrations to Petrovsky, he just doesn't understand. The couple argue, and Aleksandr accidentally winds up slapping Carrie. She leaves and tries to book her own room, but when she's in the lobby struggling with the language, she runs into Big who has finally tracked her down. When Big hears about the slap, he rushes upstairs to avenge Carrie, but winds up getting tripped up on the way. Big and Carrie then walk through the streets of Paris, both realizing that they are meant to be together. Carrie then returns to New York, ready to start the next phase of her life.

1.Let There Be Light

Carrie struggles to 'keep it light' after spending the night with Aleksandr. Charlotte volunteers to help others and winds up in the dark

Carrie wonders how many more romantic gestures from Aleksandr she can stomach. Miranda and Steve exchange 'I don'ts.'

Carrie considers whether or not the ultimate accessory for many women--a child--will match her lifestyle.

4.Out of the Frying Pan

Carrie avoids the cold weather with Aleksandr, but her friends don't warm up to him as easily.

Carrie considers a foreign concept posed by Aleksandr--and watches her old life fly out the window.

Carrie moves to Paris to be with Aleksandr, but finds things not quite as she expected.

Series finale. Carrie finds that life in Paris--and with Aleksandr--leaves her longing for familiar faces.