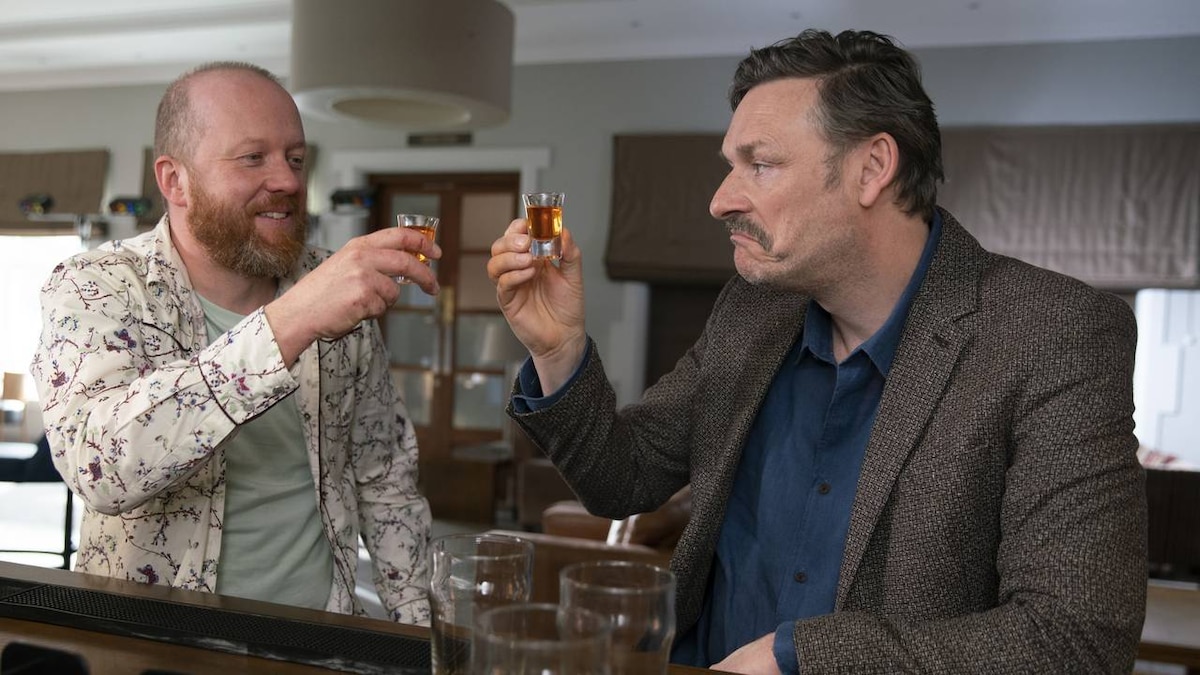 Sally rearranges clothes in her suitcase, getting ready for a business trip. She hears a loud thud from upstairs, and finds Emma on the bedroom floor. She claims to have wet the bed, and to have been thrown out of it by "a force." Her wrists still bandaged from her suicide attempt, Emma tells Sally she's scared of what she might do while she's gone. Sally pleads with her: She has to go on the work trip — if not, she'll lose her job. As Sally drives off in the taxi, she notices the For Sale sign in front of the house.

Nigel approaches Sally aboard the charter bus: He can't stop thinking about the night they had sex. It was a big mistake, and can't happen again she says. They're interrupted by Mick, who sits down between them, drinking, and eventually passing out.

At the hotel, Deborah announces that the team's reservation is short one room, so she and Sally will have to stay together. Alone in their room — the honeymoon suite — Deborah tries to convince Sally to take a bath in the freestanding (and not at all private) tub. Sally declines, and heads down to the bar, where Nigel is getting drunk, and flirting with Francesca, the bartender. Sally tells Eleanor and Mick about her engagement to Emma, and Eleanor remarks she just can't get her head around two women getting married.

Deborah texts Sally that dinner is ready, and she heads upstairs to their room to find Deborah passed out in the bathtub, champagne flute in hand. She comes to, and tells Sally that she used to be in Alcoholics Anonymous, but found it too culty. As the women awkwardly share a plate of room service tapas on the bed and Deborah swills champagne, Sally ignores an incoming call from Emma. They take a walk outside, and Deborah in her bathrobe, continues to drink.

Over drinks, Nigel tells Mick that he and Sally had sex. She's evil, he says, but he's in love with her anyway. Drinks devolve into a sloppy, drunken dance party. Continually dodging Deborah's passes, Sally escapes the room and knocks on Nigel's door. They kiss passionately in the doorway — and then Francesca appears from inside. At the same moment, a fire alarm goes off, and everyone is forced to evacuate the hotel. Shocking everyone, Eleanor abandons her wheelchair and runs out.