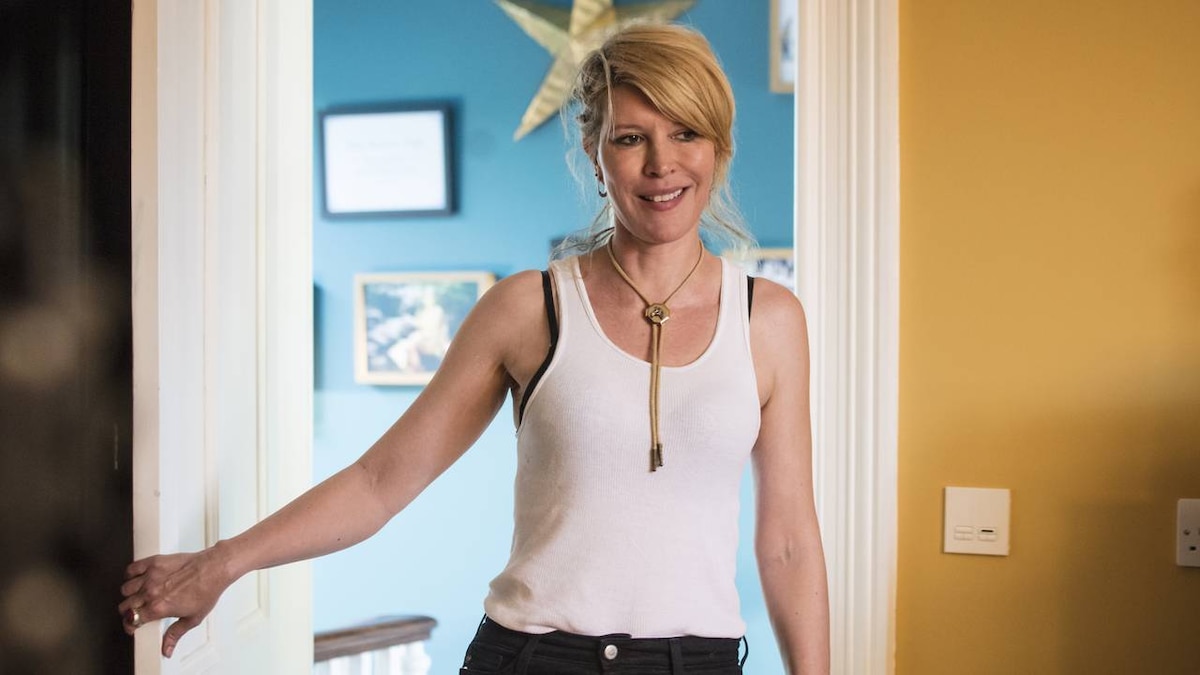 As Sally and Emma lie in bed, Emma tries to initiate pillow talk. Despite Sally's hints that she's exhausted, Emma keeps talking, touching her face and needily expressing how much she misses Sally when she's asleep or at work. Sally suggests that Emma go back to her place for a change of clothes, but Emma declines — she's found a cute, clean pair of Sally's knickers to wear, and isn't going anywhere.

During a trip to IKEA, the women run into Sally's friends Kate and Dan. Kate asks Sally about where she's been, and her engagement to David. Sally invents an excuse to leave immediately, but before they can, Emma hands Dan, a big-time movie director, her actor demo reel on a flash drive.

Eleanor runs into Nigel at a gallery show, and refuses to take a hint when he tries to avoid her. She takes a selfie of them having coffee and cake to prove to Sally they're spending time together.

As Sally gets ready to head out to work, Emma tries to make her stay by coming on to her. Sally checks her phone, and realizes that it's 10:30, not 7:30, as all the clocks say. She's running late, and has to push Emma off in order to get out the door. Emma spitefully kicks Sally in the shin — then denies doing so — and suggests they need couples therapy.

Sally is late to work; the event for the egg marketing campaign is already in full swing. Eleanor fumes watching Nigel flirt with a fitness instructor, and Sally's boss, Deborah, criticizes her tardiness and not taking the prospect of a promotion seriously.

The women find themselves on different pages in therapy. Emma complains about Sally not being up for experimenting sexually. Sally says she doesn't think they even need therapy — she's just come to realize that there is a lot about Emma that she can't stand.

Sally and Emma visit Kate and Dan. Emma asks Dan about his upcoming project, a movie starring Marion Cotillard as an autistic baker, and says that she'd love to be involved. She gives the couple a copy of her 14th album on CD. Over dinner, Emma tells everyone a bald-faced lie: That her father was Stanley Kubrick or possibly his disabled brother who was locked up.

Later, Dan and Emma, still high, sing loudly in the living room, while Kate and Sally look on. It's late, and the guests have clearly overstayed their welcome. Sally suggests that they leave, but Dan has cued up electronic dance music. He and Emma start dancing like they're in a club, with no signs of stopping.