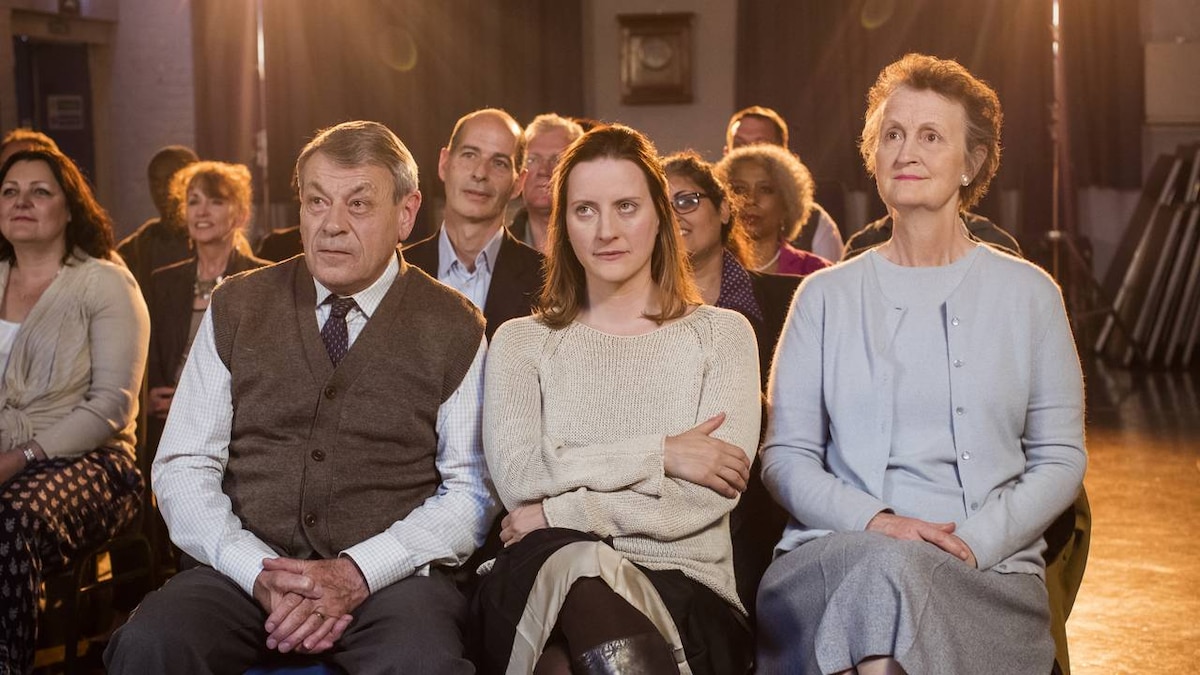 Sally sits in the audience with her parents as they watch her fiance, David, perform with his a capella group. Sally's mother pointedly asks about their engagement, given Sally's age. After 10 years together, Sally is still unsure about the idea of marriage — specifically to David. Back at home David shows Sally his mother's wedding dress; even though it's dated and stained, he wants her to wear it at their wedding.

On her way to work the next day, Sally makes eye contact with a woman on the tube; distracted, she leaves her briefcase on the train. She sees the woman passing out flyers and takes one as she exits the station. Without her work materials, Sally ends up woefully unprepared for a marketing meeting discussing how to make eggs more appetizing.

Sally sneaks out of the house to go to the club advertised on the flyer. She watches as the woman from the train performs on stage. After the performance, she greets Sally at the bar and introduces herself as Emma. They take shots and dance, then kiss. Sally drunkenly realizes what she's doing is wrong and goes home.

The following morning, Sally's coworker Eleanor congratulates her on her long-awaited engagement — breaking the news to the entire office. To further Sally's embarrassment, a delivery man arrives with a giant teddy bear from David. She sees a text from Emma asking to meet up and Sally uses the opportunity to escape.

Sally finds Emma in a bar, dancing to a song she selected on the jukebox. When Emma reveals she's been evicted, Sally invites her to stay in her guest room. The two revel over their sudden connection, but Sally admits that despite her attraction, she's engaged and unsure about diving into a relationship with a woman. Emma makes a physical advance, causing Sally to flee to the restroom. Emma follows Sally; they start to kiss, but Sally pulls away saying they should just be friends.

Sally returns home to find rose petals and candles leading to the bedroom — David's attempt at a romantic gesture before leaving for a business trip. A photo of David and a package are on the bed — a note on the back of the photo instructs Sally to try on the wedding dress and send David a picture. Putting on the dress and checking herself in the mirror, she notices Emma is waiting outside her house. Sally heads downstairs to invite Emma in. Kissing passionately, they make their way to Sally's bedroom and have sex.

When David returns from his business trip, Sally confesses to cheating on him with Emma and that she no longer loves him. David tearfully pleads with Sally not to leave him, but she stands firm.