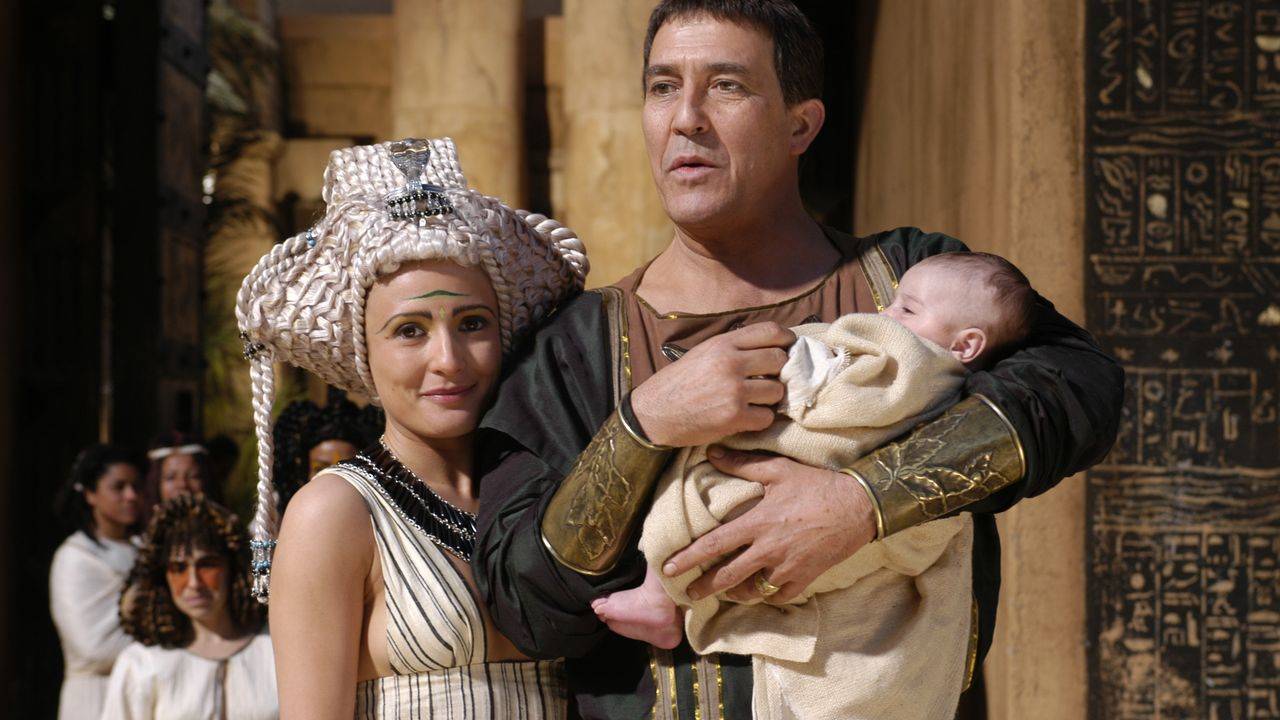 In pursuit of Pompey Magnus, Caesar and his men head to Egypt, where they pay a visit to the 12-year old King Ptolemy and his advisors. Caesar inquires about their preparations for war - he's learned that the king's sister, Cleopatra, disputes the boy's right to the throne. Rattled, the king's men assure him they are not worried about the "absurd claim." Caesar is not assuaged. "This dispute between you and she must end," he says imperiously. "Rome insists Egypt be at peace. Your grain ships must keep sailing."

Hoping to appease him, the king's men present a "surprise gift" - Pompey's severed head. Instead of expressing his gratitude, however, Caesar becomes enraged. "Shame on the house of Ptolemy for such barbarity!...He was a consul of Rome!...To die this sordid way? Quartered like some low thief? Shame!" The Egyptians are stunned into silence, while their petulant boy king refers to the Roman leader as an "insect."

Caesar decides to send Mark Antony and half of his men back to Rome, while he stays on in Egypt to prevent civil war from erupting. His decision concerns Antony and Posca, who worry the Egyptians will unite against their common hatred of Rome, while Cato and Scipio raise another army back at home. But Caesar insists he can crush any adversaries, dismissing Antony's suggestion that he suffers from a surplus of confidence. "It's only hubris if I fail."

Before making his intentions known to the Egyptians, Caesar sends Vorenus and Pullo to the desert in search of Cleopatra. Once they've set out, he returns to the king's throne to make his demands: they must present him with Pompey's murderers, and they must repay the debts incurred by Ptolemy's father. When the boy throws a tantrum, Caesar reminds him he is a "vassal to Rome," which only infuriates him further. His advisors explain they will need time to come up with the money. "Then I will have ample time then to adjudicate your dispute with Princess Cleopatra," Caesar tells them. "You and she will plead your claims before me, and I will decide." Realizing they must pay him or risk losing the throne, the king's men decide they must kill the princess.

In a tent in the desert, lost in an Opium stupor, the young Cleopatra lies shackled to a bed, surrounded by attendants. A guard enters to inform her that she must "prepare herself for her journey to the afterlife." As three of the king's assassins prepare their swords, shrieks are heard outside the tent, and the men are soon enveloped in a battle - which tumbles back into the tent, a triumphant Pullo taking down the last of the would-be murderers as the princess and her slaves watch.

Returning the princess safely to the capitol city requires a procession of men, lead by Vorenus and Pullo. Exalting in her freedom, Cleopatra contemplates Caesar's likeness on a coin and inhales from her pipe. "As long as Caesar's a man, I will have him," she announces to her slave, Charmian."It's only a shame he is not here today. My womb is at the flood. A child would come as sure as spring." With this the hazy princess gets an idea, and soon Vorenus is summoned inside the tent, instructed by Charmian to "enter" the princess. "I cannot do what you ask," he says, flustered. "It is not our custom...Roman men are not used by women in that way." When the slave insists and the princess poses seductively, he nearly gives in before stopping himself. "I am no slave to be commanded so. With all respect," he says, stalking out of the tent. Instead he uses his rank to summon Pullo: "report immediately to the Princess Cleopatra, and do as she says." A soldierly order beyond his wildest dreams, Pullo takes to the task with hearty enthusiasm, as the princess's attendants ululate at a fever pitch - keeping Vorenus awake.

Once she is safely returned to Alexandria, Cleopatra confronts her young brother. An iron shackle is attached to his ankle as two of his advisors are killed, their heads added to the spikes outside palace gates - alongside Lucius Septimius, the man who killed Pompey Magnus. Pullo and Vorenus are tasked with securing the palace gates, as Cleopatra and Caesar finally steal time alone. The young princess inquires as to whether the ruler's wife has given him a son. "A man without sons is a man without a future," she tells him, before changing the subject, advising him to secure the upriver ports to control Egypt. "If I wanted to control Egypt," he replies. Cleopatra insists he must - if he is to control Rome's grain supply. "Why rescue me so heroically from death, if not to use me as your puppet queen?" she says, before offering herself as his "slave."

Outside the gates, one of Ptolemy's surviving men launches a spear over the palace walls, as a menacing mob gathers outside. Caesar and Cleopatra, enrapt in sex, are oblivious, unable to hear the screams for Roman blood.

Back in Rome, Cicero and Brutus meet in the empty senate chamber and contemplate their fates if Caesar never returns, and "that brute Mark Antony is unleashed to do as wants." Brutus reminds them of their oath of loyalty to Caesar, but Cicero considers reaching out to Cato and Scipio, who have managed to raise an army in Numidia. At that moment, they are interrupted by Antony himself. "I am a merciful man," he informs them, before issuing a stern warning to Cicero. "If I ever again hear your name connected to murmurs of treachery, I will cut off your hands and nail them to a wall."

He leaves them with news from Egypt: Caesar has lifted the siege, and massacred the armies of Ptolemy. "He is safe and sound and master of all Egypt."

Back in Alexandria, the dead body of young Ptolemy floats by in the Nile. Caesar and Cleopatra emerge from the palace, as Caesar lifts a naked infant son over his head, presenting him to rows of gathered legionaries, who roar in approval. The loudest of the cheers comes from Titus Pullo, who contains himself only when he catches a sidelong glance, this one from Vorenus. 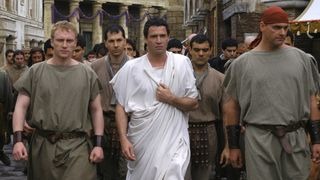 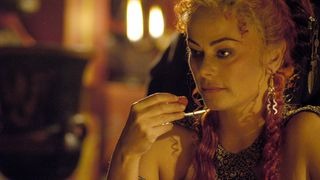 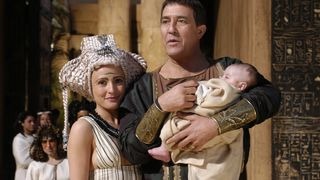 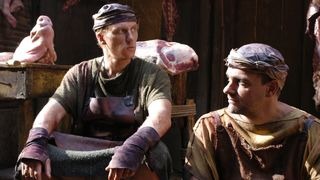