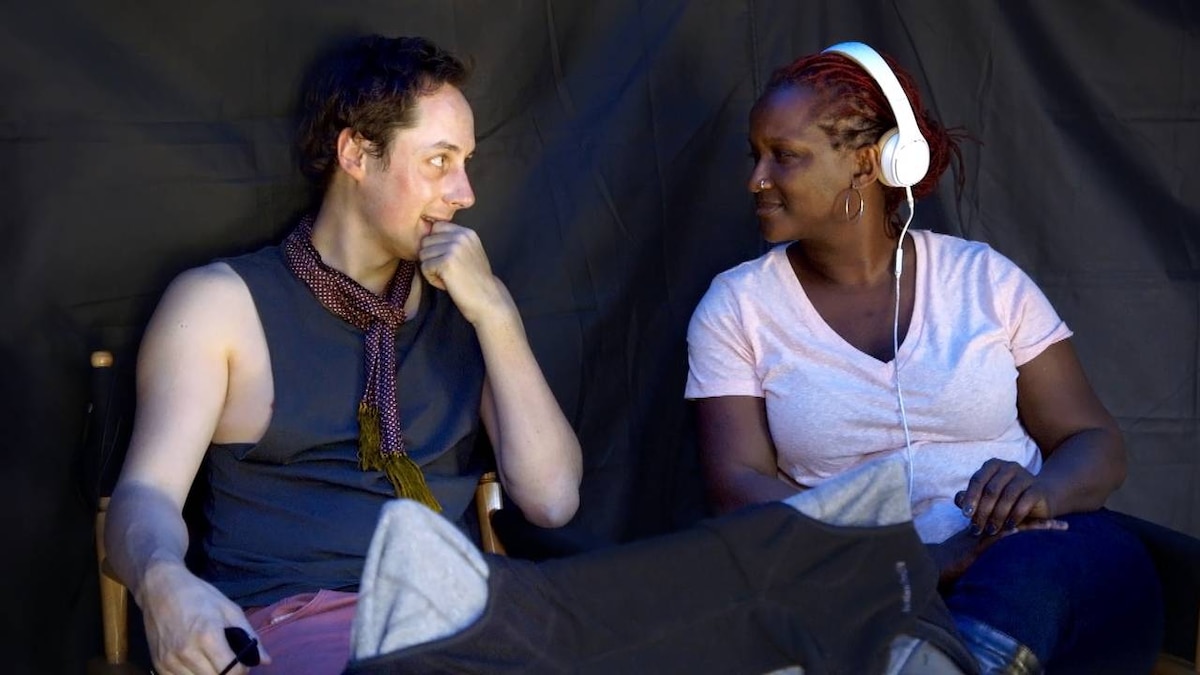 Jason approaches the first day of shooting with concerns about how quickly the team must move. Marc explains if they fall behind, HBO will mandate the production switch from shooting on film to digital.

Jason gets to work blocking a scene in which three characters roller-skate through the house. Marc and Effie worry about damaging the mansions' expensive decor; the location rep is also uncomfortable with the idea. At Effie's directive, Jason alters the scene from skating to a pillow fight. Jason is pleased with the footage and Effie is relieved that nothing is broken.

The cast and crew are exhausted by Jason's demands for take after take, in search of perfection. Cognizant of the budget, Effie shuts down the day -- even though Jason didn't get all the shots he wanted.

A camera operator articulates his frustration with assistant director Van Hayden. The camera crew feels rushed and believes it compromises their work. As the conversation gets heated, Effie brings in Len Amato, the president of HBO Films. Marc and Effie both lament the poor timing. The crew gets to work as Len observes; he's impressed with Jason's directing skills, but is concerned about his time management.

Alison, the location manager, works to obtain 23 signatures of approval from neighboring mansions so that the city of Beverly Hills will permit them to film past 9 p.m. The undertaking is unusually stressful, she explains, because Jason selected the location at the last minute.

With eight minutes until wrap time, Jason tries for one more shot. Effie shuts down the production, annoyed that the group ignored her warnings about the clock. Effie explains that Jason does not have the time to get the nuance he wants from shooting on film: "You have time to tell your story," she says. "That's it."

The next day is a long basement scene, and Jason needs to prove he can get all his shots or HBO will require him to switch to digital. The scene involves the character of Leonard getting naked, and actor Tom Bell admits to Effie he's slightly uncomfortable.

The production runs behind, so much to his frustration, Jason begins consolidating his shoot list. Even under pressure, Marc is impressed by Jason's ability to get great performances out his actors. The team finishes the day on time.

The next day, Effie and Marc call Jason and inform him that Alison was unable to obtain the signatures needed to shoot past 9 p.m. at their location. Effie explains the only option is to change the story so the remaining scenes take place during the day.