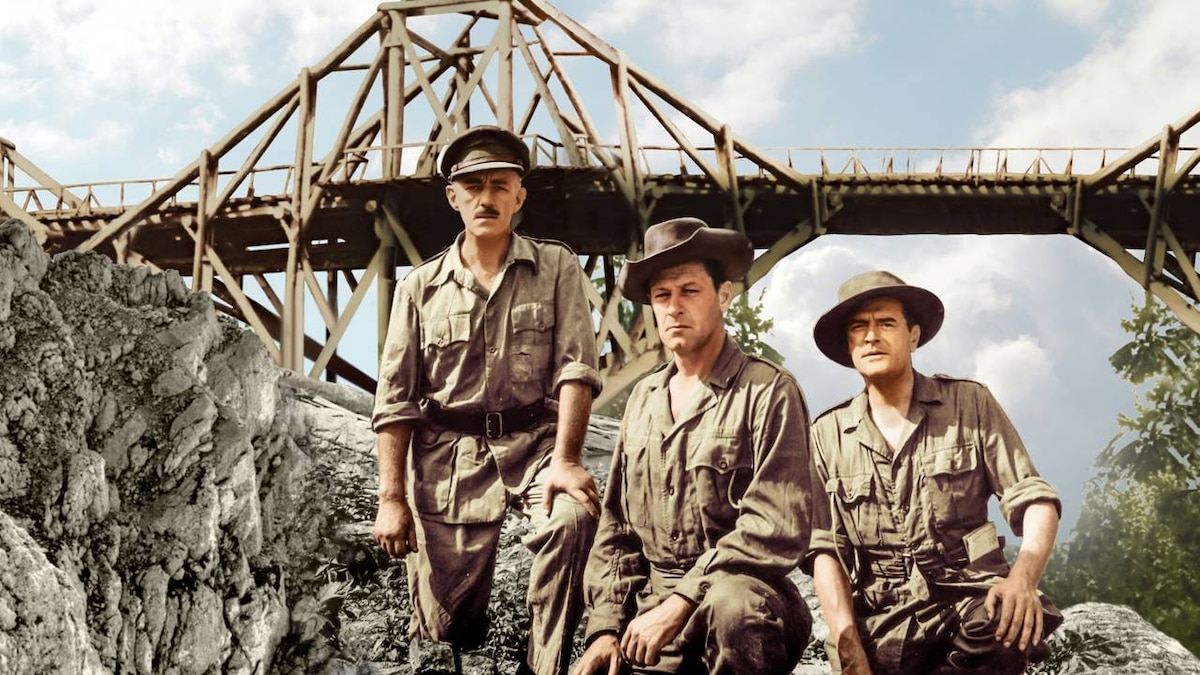 The Bridge on the River Kwai

During World War II complications arise when a British Colonel is imprisoned with his troops by the Japanese and forced to labor in building a bridge. This is the story of men of different character and calibre, fighting for their beliefs and their lives. Based on the novel by Pierre Boulle.