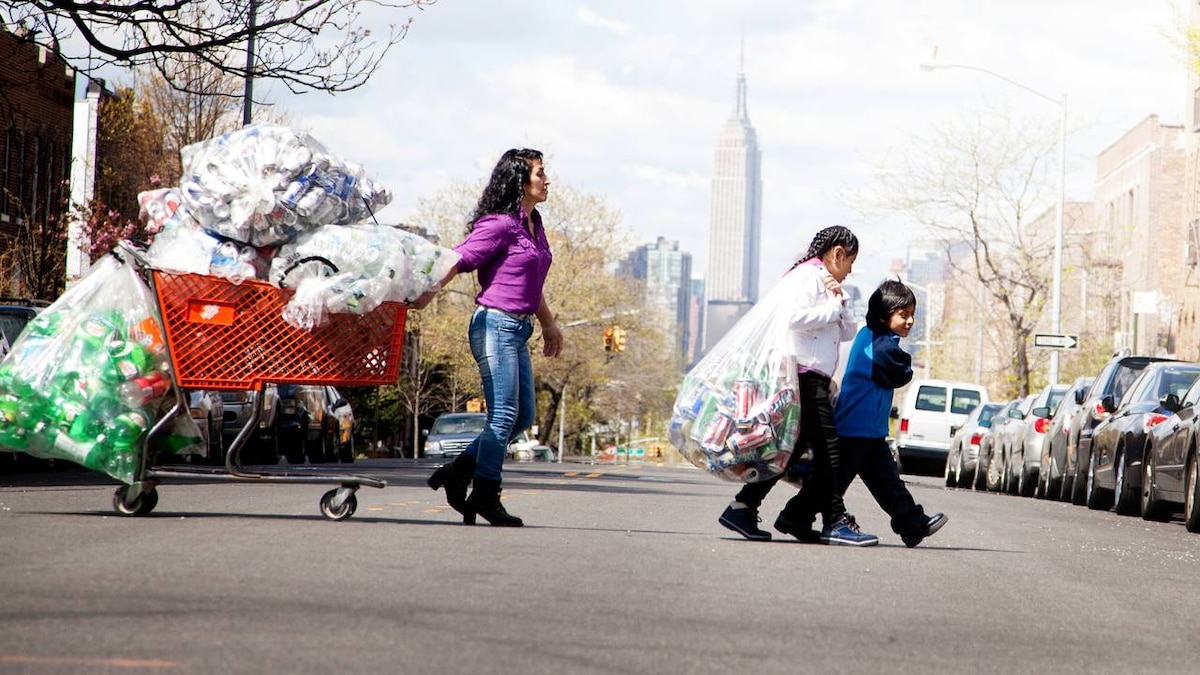 Meet New York City's 'canners': unemployed men and women who eke out a meager living by collecting empty bottles and cans and cashing them in at redemption centers. Trekking throughout the five boroughs, the film follows the cast of characters over a year as they cash in the recyclables at five cents each and reveal the details of their lives and previous occupations.