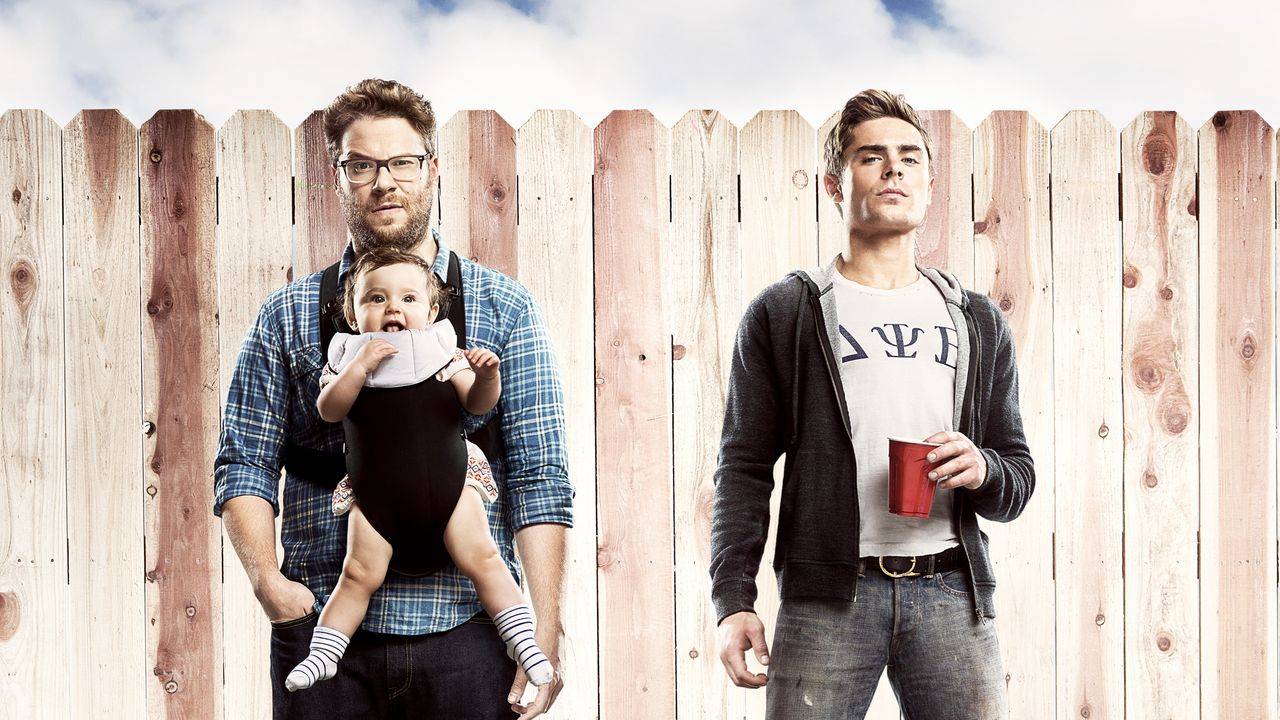 It's a hilarious case of 'there goes the neighborhood' for a young couple when the wildest fraternity this side of 'Animal House' move in next door. Seth Rogen stars as the young dad whose battle of pranks against party-hearty Delta Psi president Zac Efron and his brothers turns into an epic game of one-upmanship. Rose Byrne, Christopher Mintz-Plasse and Dave Franco co-star.