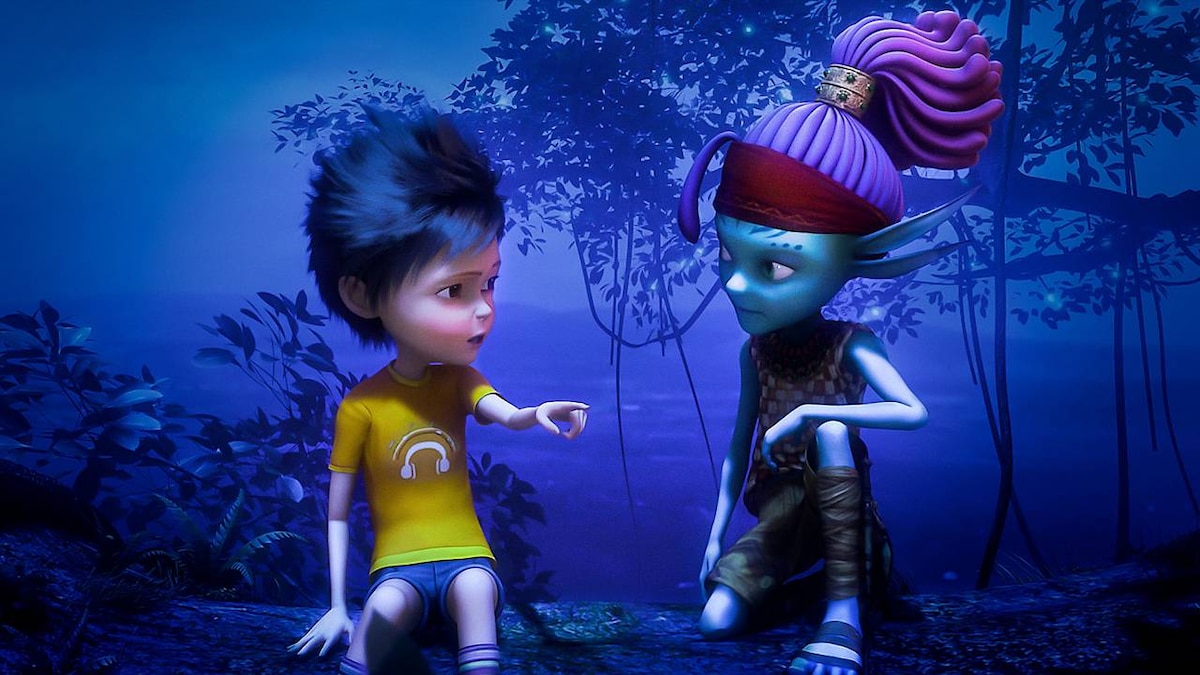 A little girl is magically transported to a mystical land where she meets a creature called Blue and helps him save the rainforest from an evil scientist. Voices in this animated feature include Victoria Justice, David Spade, Josh Peck, Jon Lovitz, Christopher Lloyd and Jane Lynch. Directed by Xu Kerr; written by Xu Kerr, Steve Kramer.