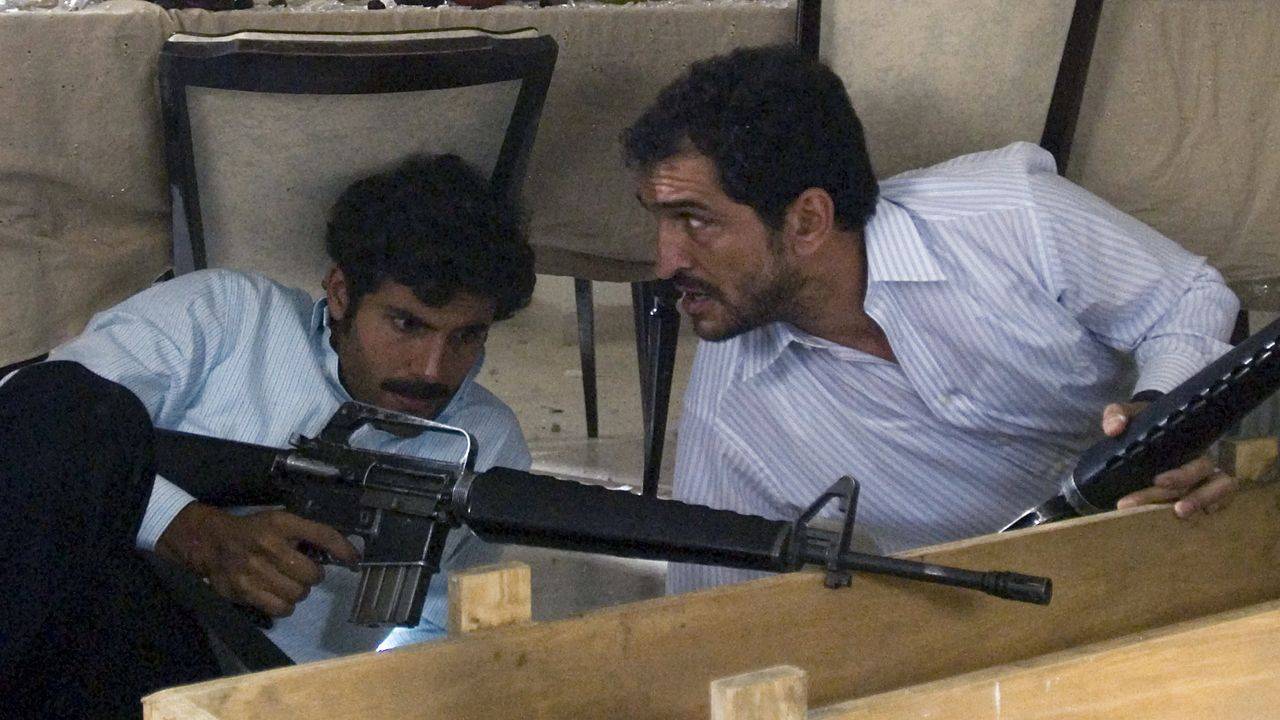 May 1995. Iraq is crippled by UN sanctions for refusing to comply with weapons inspections. When inspectors are finally admitted, a cat-and-mouse game begins. In charge of the subterfuge is Qusay, Saddam's new successor--a move that infuriates Hussein Kamal. Later, Hussein and his brother cross the border to take diplomatic asylum in Jordan.