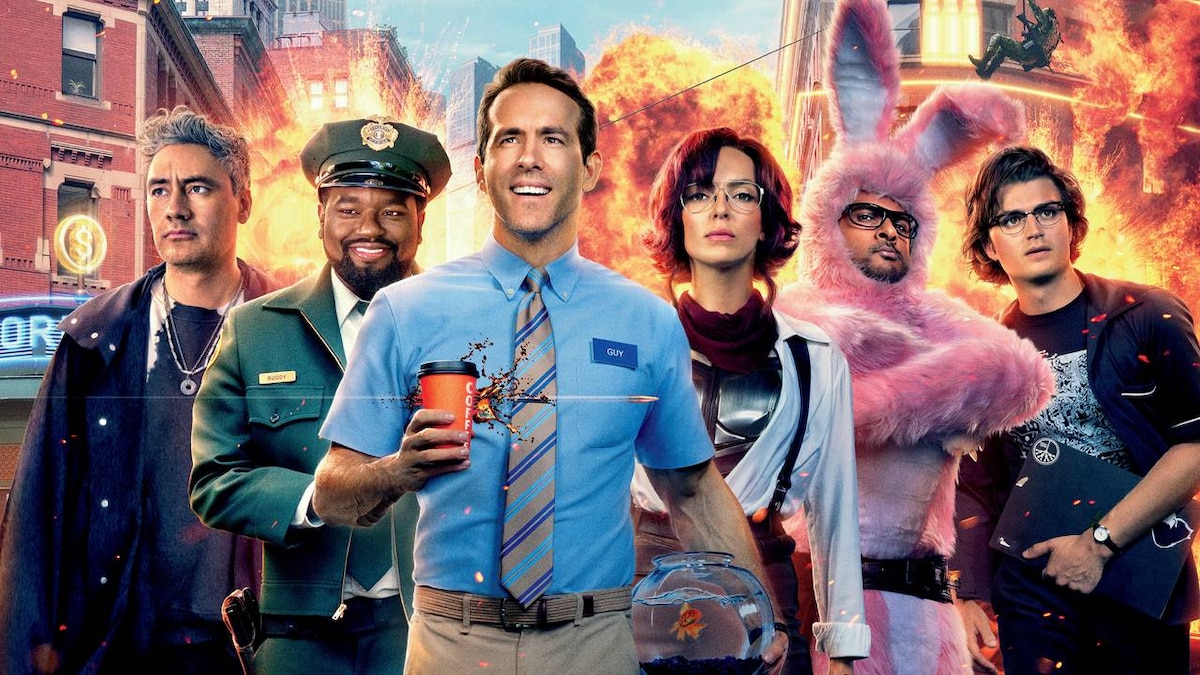 A bank teller realizes he is a minor character inside a massive video game and decides to take control of his destiny. When the game creators catch on to him, he is forced to fight to save his world. Starring Ryan Reynolds, Jodie Comer, Lil Rel Howery, Utkarsh Ambudkar, Joe Keery, and Taika Waititi. Directed by Shawn Levy; screenplay by Matt Lieberman and Zak Penn.