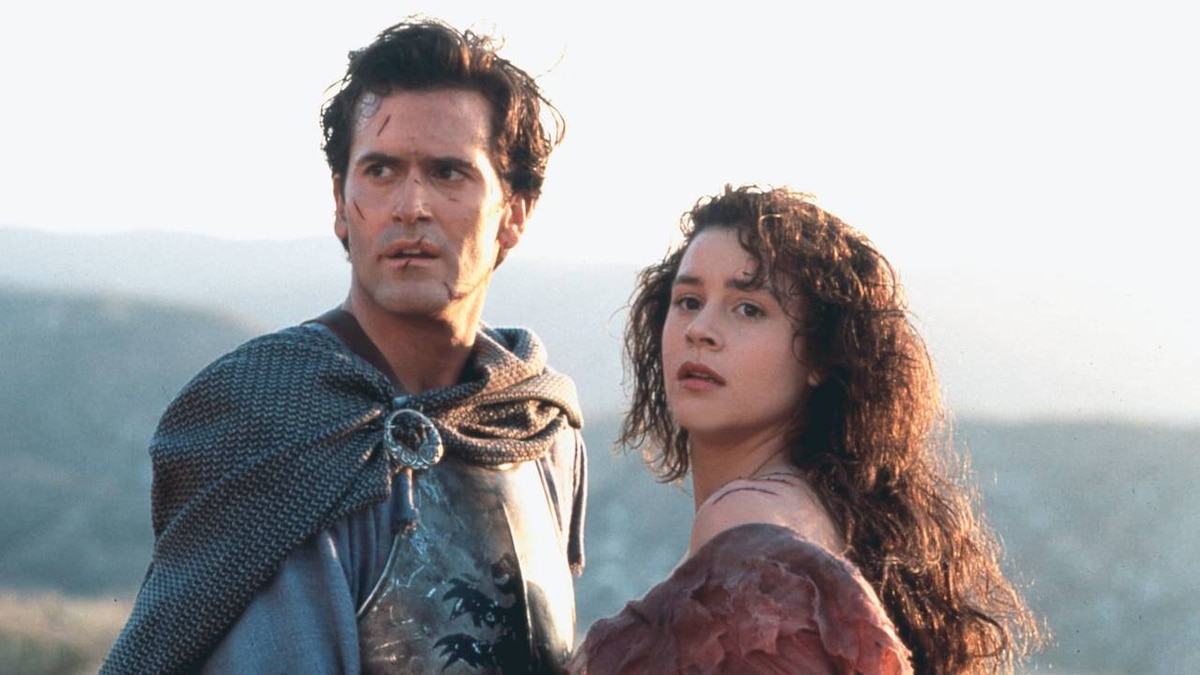 It's time to kick some Ash! The relentlessly abused star of the first two 'Evil Dead' films returns for more punishment in this third insane installment in the series. Awakening in medieval times, the ever-resilient Ash battles countless demons and an army of the dead as he goes in search of a legendary book of the dead that is his only hope for returning to the 20th century.