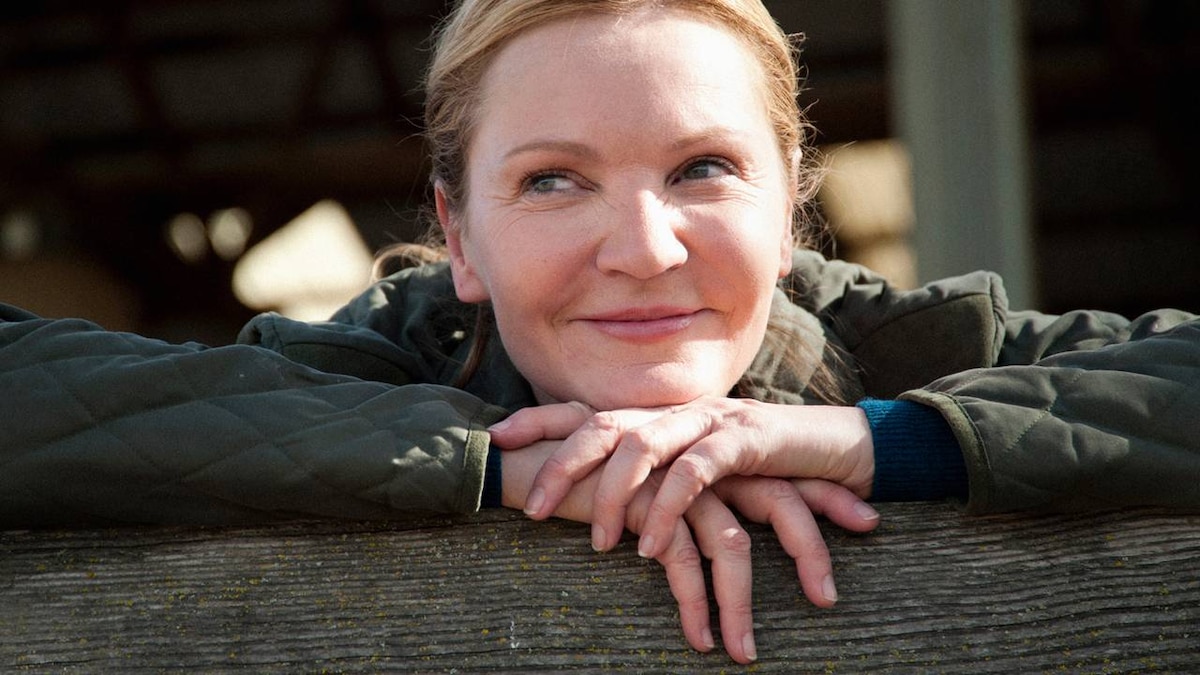 Rosie gets Leon's blessing to see if his agent Joey Rathburn will help her find out where she stands with Walter Smith in regard to riding Getting' Up Morning.

Escalante bristles as a technician installs the surveillance camera Ace has ordered for Pint of Plain's stall, complaining his barn will be "on the Facebook ." Escalante and Jo encounter a young boy, Eduardo, the nephew of one of the track workers and Jo pays his difficult uncle $10 to have him "help" her for the day.

Joey agrees to speak to Walter on Rosie's behalf, provided he can be her agent. Walter is preoccupied with Bowman's claim of a lien on his horse. Consulting a lawyer, he explains he received Getting'up Morning as payment for his time spent working for the Colonel, as opposed to Bowman's representation that the horse rightfully belongs to the Colonel's son-in-law.

Lonnie tells the other degenerates that he'd like to make a claim on another horse, thinking that the trainer is employing the same strategy Escalante used with Mon Gateau, dropping misleading cues about the horse's readiness and conditioning. The others are skeptical, but when Lonnie steps out on his own, and puts in the claim on the gray horse with his own money, the horse comes out of the gate like a rocket but fails to finish the race. As Escalante and Lonnie rush to the injured horse, Jo has the Bug give Eduardo his goggles and she rides back to the barn with the injured horse, leaving Escalante to take care of the boy.

At the barn, it's clear that Lonnie's new horse won't be able to race again and will have to become a broodmare while Marcus reminds Lonnie it's his own fault for acting impetuously and not giving the trainer time to assesses her.

When Eduardo's uncle doesn't show up at the arranged meeting time, Escalante drives the boy back to his run-down neighborhood, and tells him to call if he ever needs anything. That night, Jo reveals her pregnancy to Escalante, and he's taken aback but reacts positively.

On his yacht, Mike grills Israel. Reading from a journal the supposed double agent provided, Mike gleans that Ace is meeting with the chief of a local Indian band regarding the state legislature's pending approval of casino gaming at race tracks. Israel fills in that the chief's brother was in prison with Ace. Mike is suspicious of the young man's composure.

Jerry plays in a poker tournament to try and win a ticket to the World Series of Poker. Chan is there, as is the card dealer Naomi. Jerry can't help but be disappointed in Naomi's poor playing until It dawns on Jerry that she wasn't there to play cards, and they go back to his car and have sex in the front seat. After their "driving lesson," Jerry takes Naomi back to the motel and shows the other degenerates his winning ticket to the tournament.

Claire gives Ace a tour of the horse farm he's donated to and gives him a lesson in horsemanship in the round pen; his excitement is palpable. Later, Ace meets the chief outside his casino, as one of Mike's men photographs them from afar-just as Ace and Gus had planned. Back on the yacht, Israel makes an impassioned plea to Mike, DiRossi and Cohen to accept Ace's offer at face value. He tells them that Ace isn't out for vengeance, but forgiveness and fulfillment. DiRossi and Cohen seem inclined to believe him, but when Israel echoes Ace's syntax-"He answers a question with a question," he says-Mike snaps and strikes Israel over the head with an ashtray, beating him senseless.

When Ronnie pays Walter a visit to ask for his mount back on Gettin'up Morning, the trainer agrees -- on the condition that Jenkins get himself fit and sober. Walter breaks the news to Rosie at The Long Shot, as Leon and Joey look on. That night, the weight of Walter's decision weighs heavy on all involved. Ronnie snorts crushed pills; Leon and Rosie, separate and alone, contemplate their future.

Ace and Gus worry over not hearing any news from Israel. Lying in bed, Ace watches Pint of Plain via the horse-cam on his laptop.