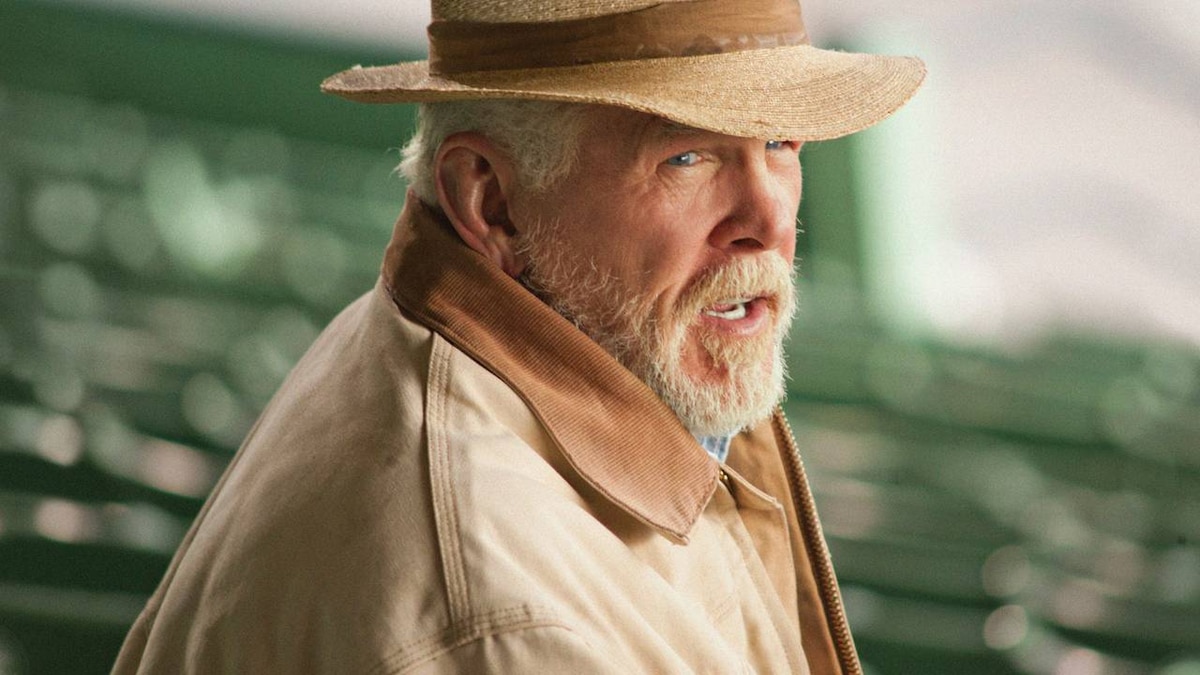 As the day begins, Ace Bernstein walks the treadmill in the hotel gym, and gets a surprise visit from his parole officer seeking another piss test. At the track, Walter Smith enters his horse Gettin'up Morning, naming jockey Ronnie Jenkins to ride. As Escalante and Gus watch Pint of Plain's workout, sirens wail, indicating a riderless horse is on the track. Exercise girl Lizzie manages to pull the horse up and averts a collision.

Lonnie, having received a fractured skull from the insurance agents who beat him after their "slip and fall" scam went awry, is discharged from the hospital to Marcus and Renzo's care. Jerry shows up late and the Degenerates discuss their plan to buy Mon Gateau from Mulligan (the "cowboy" trainer who ended up outshaking Renzo after the claiming race). When Jerry talks to Escalante to get his opinion on Mon Gateau the trainer at first downplays the horse, but eventually tells him to check with him about who should do the vet exam should they manage to purchase the horse.

In the boardroom of Bernstein's company, a young analyst named Nathan Israel, raises a question of strategy regarding the purchase of the race track, attracting Bernstein's attention.

In the racing office, Walter Smith draws the rail position for his horse - the one post he didn't want.

Bernstein, Gus and Israel ride the elevator to Bernstein's suite with the hotel manager, who suspects the woman on the car with them is an interloper. Identifying herself as Claire LeChea, she quickly pitches Bernstein on her Thoroughbred Retirement Foundation, which uses prison inmates to care for old racehorses. In his suite, Bernstein grills Israel; the kid has a cocky need to prove his intelligence which Ace knows will irritate Mike Smythe, his nemesis. He orders the kid to come back tomorrow and tell him everything he's done in the interim. If he likes what he hears, he'll give him a million dollars salary to act as his go-between with Mike.

Jerry comes to a price with Mulligan for Mon Gateau, provided he passes the vet test. While the vet, Jo, examines the horse, Jerry talks to Goose, telling him that the Degenerates want to give him five percent of the horse - but they want Escalante to train the horse.

Leon's routine to get his weight down is taking a toll. The apprentice jockey faints leaving the steam room and splits a gash in his head. When the doctor examines Leon, Rathburn implores that the Bug Boy be allowed to ride the next day.

As Walter Smith watches from the press box, Jenkins is bumped from a horse in a race, breaking his collarbone again. Smith tracks down Rathburn; Jenkins was supposed to ride his horse in two days. At the Long Shot bar, Leon expresses concern about his weight to Rathburn, who later tries to talk up Leon to Smith, but the trainer decides to call Rosie back from Portland to ride for him.

Escalante insults Jo the vet, telling her he suspected she had tipped Mulligan to Mon Gateau's soundness, causing him to claim the horse, but he's now decided it wasn't her. The four Degenerates visit Escalante and their new purchase and the trainer runs down the list of expenses related to owning and training a horse, then gives them some carrots to feed Mon Gateau.

As the day winds up, Jerry's back at the poker table swapping insults with Chan; Jo the vet shows up at Escalante's house and they head to the bedroom; Jenkins snorts painkillers and buys whisky; Walter Smith screws up the courage to call Rosie's agent at Portland Meadows; Ace and Gus review the day.