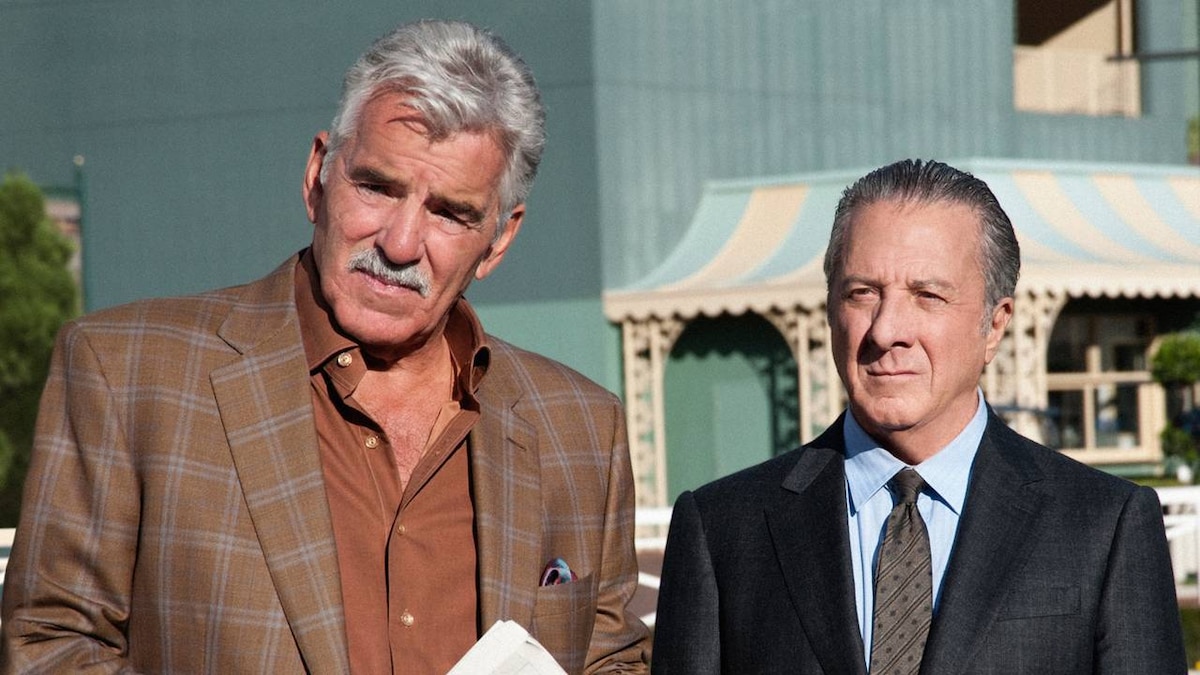 Ace Bernstein is summoned on short notice to lunch with his old business associates Nick DeRossi and Isadore Cohen, who has flown in to discuss Bernstein's race track/casino gaming proposal for Santa Anita. Cohen brings a message from Mike Smythe, supporting anything Ace wants to do. Ace lays out his plan to put up the money as a background investor (since he is a felon); Cohen and DeRossi will get a piece of the deal and their company name on the signs. Mike can take his cut from their share, says Ace.

After the meeting, Gus asks an agitated Ace how he ever got involved with someone like Mike. Ace explains that Mike was an excellent businessman twenty-five years ago, before he got involved with cocaine. After they split their partnership, Bernstein kept a co-op apartment they had in New York. When Ace's grandson started using the place, the cops were called during a loud party and found cocaine that Mike was stashing at the apartment. Pressured to roll over on Mike, who claimed the coke was the grandson's, Ace refused to rat anyone out, shouldered the blame and did the time.

Ronnie Jenkins trades barbs with Rosie the exercise girl before a workout. Watching from the stands, Walter Smith is pleased with Rosie's time on his horse. Watching the training, Escalante gets more background on Smith's horse: Gettin'up Morning - a three year old colt bred by the former Derby winner Delphi. Later, Rosie makes a plea with Smith to be promoted from exercise girl to jockey. Smith doesn't respond, but greets Ronnie Jenkins, glad to see a familiar face from Kentucky, and invites him to stop by to chat.

Jerry loses a chunk of his Pick 6 winnings to nemesis Leo Chan at poker, which upsets Marcus. Renzo wants to put in a claim for Mon Gateau in a race later that day since he was key to the success of their Pick 6, but Marcus is dubious. Given that Escalante has dropped him down to a lower priced claiming race so soon after the win, Marcus suspects there must be something wrong with the horse. Renzo puts up the money anyway, wanting to gift the horse to his fellow Degenerates and enlists a trainer named Goose, who walks him through the process of making the claim.

Veterinarian Jo questions Escalante's judgment, putting Mon Gateau in a cheaper claiming race after winning last out. He says he is running the horse with front leg wraps, to scare away prospective claims.

Marcus berates Lonnie for drawing attention to their win with his new flashy suit. When Lonnie insists the insurance scam women bought it for him, Marcus warns Lonnie that the women may be scam artists and likely have taken out a life insurance policy on him.

Still upset from Tattered Flag's death, apprentice jockey Leon expresses concern to his agent Rathburn that the Escalante horse he is scheduled to ride, Mon Gateau, might be unsound (since Escalante has dropped him into a lower claiming race). Rathburn urges him to put what happened out of his mind and to not second-guess Escalante's motives.

Ace and Gus visit Escalante at the races and, later, their Irish Horse, Pint of Plain. Escalante introduces Leon to them as "Bug Boy" and suggests that the horse he's riding, Mon Gateau, would be a good bet. After nearly getting caught in traffic, Leon pulls Mon Gateau back, circles the field and wins.

Renzo's excitement is tempered when he learns there's been another claim on Mon Gateau - trainer Chris Mulligan. When lots are drawn to determine who gets the horse, Mulligan wins over Goose and Renzo.

Walter Smith and Jenkins reminisce about Delphi (Gettin'up Morning's daddy) and how he was killed by Kentucky "quality" - wealthy horse owners who had over-insured the horse, then broke his leg and called it an accident. Smith still blames himself for not being able to stop it.

Lonnie backs out of the slip-and-fall insurance scam with the two ladies but they seduce and drug him. While he tries to have sex with them in a hotel room, they attack him instead, bloodying his head. In a struggle, Lonnie busts out a glass door and flags down a landscaper to help him to safety. When Lonnie is dumped back at the motel, Marcus and Renzo struggle to pull him inside just as Jerry arrives after winning back his money from Chan.

At The Long Shot bar, Walter tells Rosie he's not having her ride his horse. He asks Rathburn to hook Rosie up with a jockey agent at Portland Meadows - and books Jenkins to ride Gettin'up Morning instead.

As Ace sits in bed, he and Gus review the day. Ace tells Gus to set up a meeting with the board of his investment company where he will pick a new go-between on the track deal.