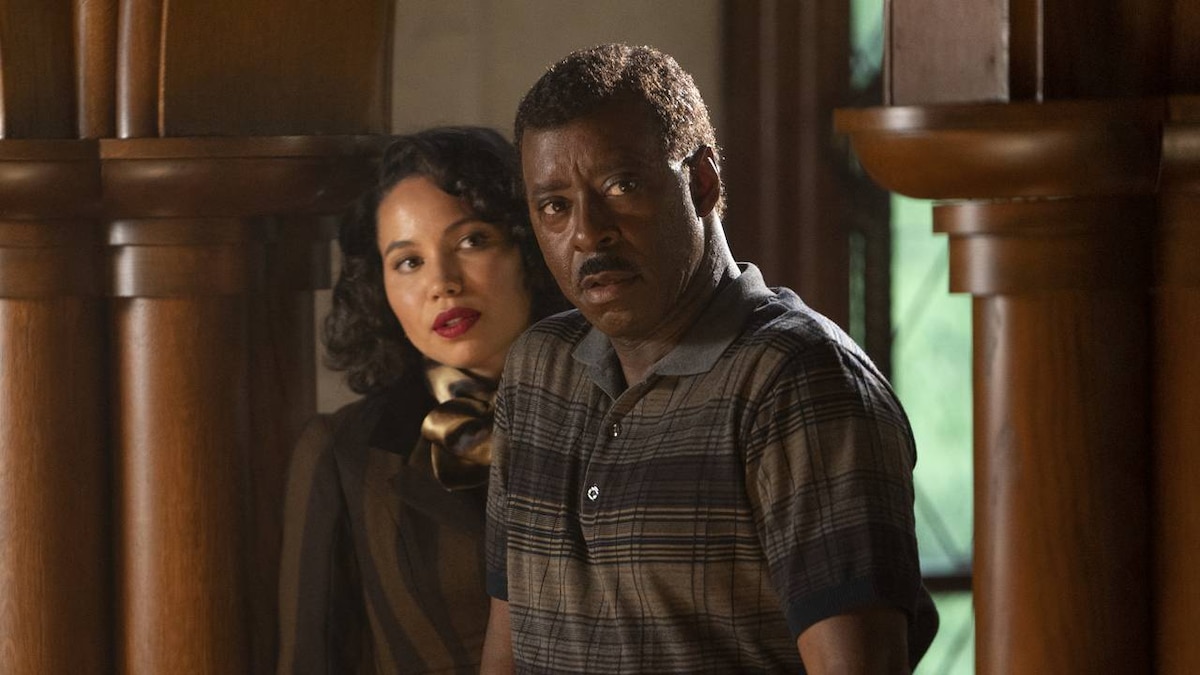 Whitey's on the Moon

Inexplicably recovered from their terrifying night, Leti and George luxuriate in their new surroundings, while Atticus grows suspicious of their Ardham Lodge hosts who unveil cryptic plans for Atticus' role in their "Sons of Adam" ceremony. Later, after Tic, Leti, and George stumble upon a clue that could lead them to Montrose, each takes an unwelcome walk down memory lane.

Series premiere. Atticus Freeman travels to his hometown of Chicago in search of his missing father.

2.Whitey's on the Moon

While Leti and George luxuriate in their new surroundings, Atticus grows suspicious of their hosts at Ardham Lodge.

Leti's plan to open a boarding house in a white neighborhood is challenged by racist acts--and awakens dormant spirits in the house.

4.A History of Violence

Leti, Tic, and Montrose head to Boston to search for missing pages to a crucial text. Ruby regrets a squandered job opportunity.

Ruby experiences the perks of life as a white woman. Atticus lashes out at Montrose for his betrayal.

6.Meet Me in Daegu

In the throes of the Korean War, nursing student Ji-Ah crosses paths with a wounded Atticus.

Hippolyta's relentless search for answers takes her on a multidimensional journey of self-discovery; Atticus consults an old family friend.

A distraught Diana finds herself in Captain Lancaster's crosshairs; a visitor from Atticus' past arrives at the boarding house.

With Hippolyta at the helm, Leti, Tic, and Montrose travel to 1921 Tulsa in an effort to save Dee.

Season One Finale. After uncovering the origins of the Book of Names, the gang heads back to Ardham to cast the ultimate spell.