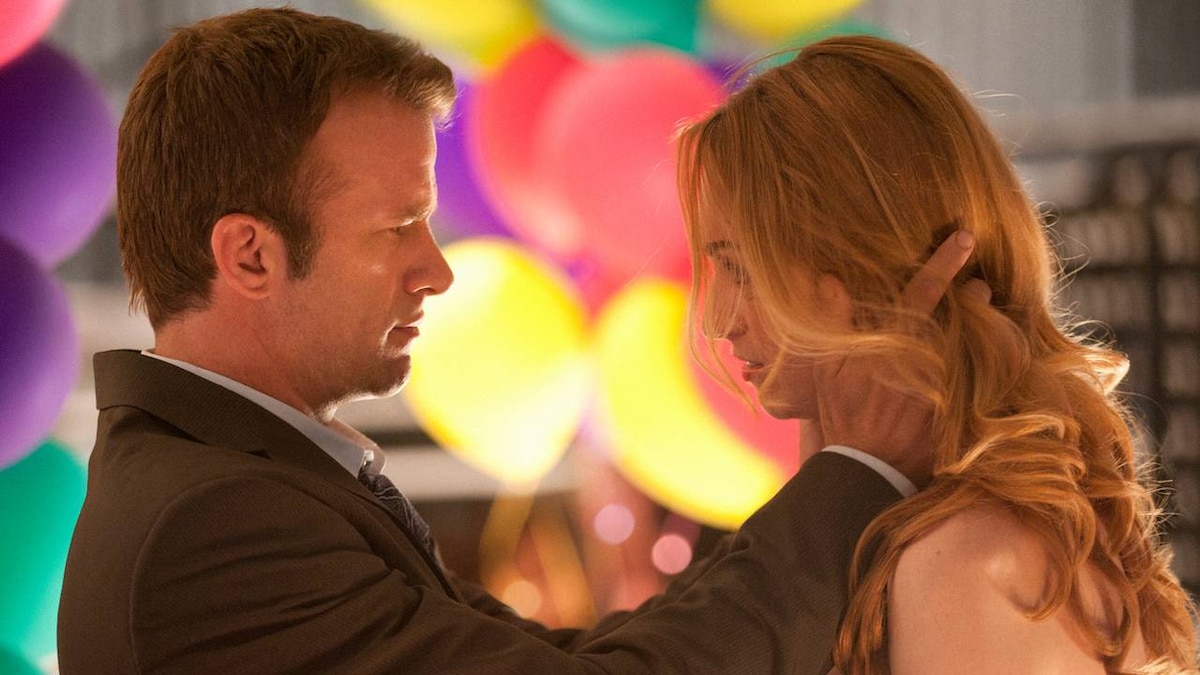 Ray goes ice-skating with his new client, Kyla, and Tanya comes stumbling onto the rink to tell him that the tall blonde is, in fact, a man. At first incredulous, Ray begins to examine his date and realizes that Tanya might be right. When he confronts Kyla, she says she thought he knew.

Lenore pays a visit to Jessica to tell her about the new wellness center she's been attending. Jessica flips through the Happiness Consultants pamphlet and considers it.

Ray, despite the unwelcome shock Kyla gave him, can't say no to the cash she's willing to pay him to pose as her fiancé at her high-school reunion. He attends the party and finds himself sitting at a table with a bunch of rival jocks who remember him from his high school athletic career. He's uncomfortable dancing with Kyla and wants to leave, but when word circulates that she's really "Dan," Ray decides that standing by his man is more important than his reputation. Ray and Kyla dance the night away, not giving a damn what anybody thinks.