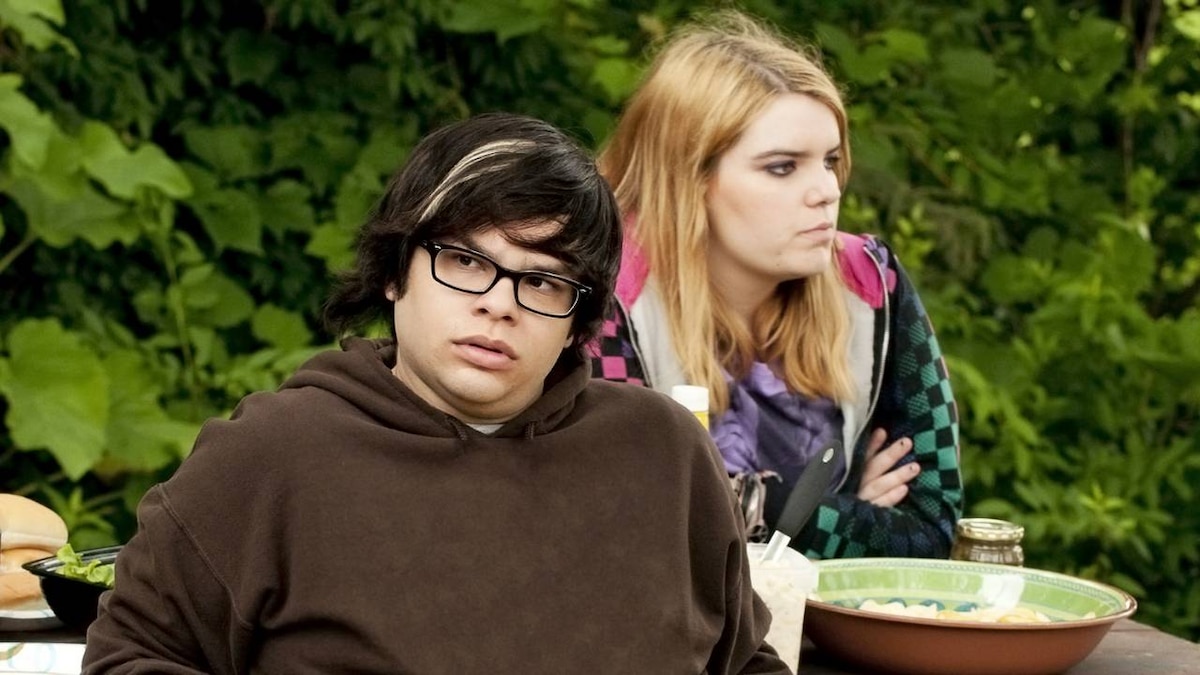 'Even Steven' or 'Luckiest Kid in Detroit'

Ray and Jessica start to make love in his tent, but she breaks away and runs off. Meanwhile, Ronnie calls Mindy from the men's room of the awards banquet needing a ride home.

Returning home, Tanya finds Damon sitting on her front step. He asks to come in and believing they are kindred souls, pleads with her to be his poetry mentor. She begs off, claiming she's unworthy of being a mentor since she whipped her boss with her belt, but Damon assures her she is.

Mindy's husband accompanies Mindy to fetch Ronnie but when the husband runs into the convenience store, Mindy confides her marriage is dead and reaches for Ronnie's zipper and starts jerking him off. Her husband returns with Ronnie's Twix bar before she can finish. At home, Ronnie confesses to Jessica that Mindy tried to jerk him off, suggesting they are now "even Steven" after her seeing another dermatologist. But Jess says she and the kids need a break.

Ray brings $1000 to pay off Lenore and she insists he owes her another $500. But Ray announces he's quitting, insisting he's not the nobody she accuses him of being: "I'm a father, I'm a coach, I'm a teacher. And I used to be a pretty good husband."

Tanya accosts Frances in her driveway to apologize and beg her to reconsider Mike. But Frances fears Mike will hold it against her one day, knowing she was paying for sex. Meanwhile, Mike resists Ray's attempts at reconciliation. But later, he goes to Frances to try again.

Jessica stops by and Ray tells her he's decided to sell his house -- and asks what he needs to do to get her back. But Jessica asserts she has to be on her own for awhile. She and the twins check into a hotel.

Swallowing her pride, Tanya visits her mother to ask for the necklace and the birthday-dinner money back.

Barbecuing with the twins in the yard, Ray contemplates a low-ball cash offer on his house from Koontz and his kids urge him not to sell. Tanya shows up with cash to show Ray she's returning it to Frances. "I just got off track," she explains in tears. "I need you to forgive me." He walks her out to the end of his dock and tells her he told Lenore he quit - but he wants Jess back and she's best friends with Lenore (who doesn't want Ray to quit). "What am I supposed to do?" Tanya offers to help as a dubious Ray agrees - and lets her stay for the cookout.