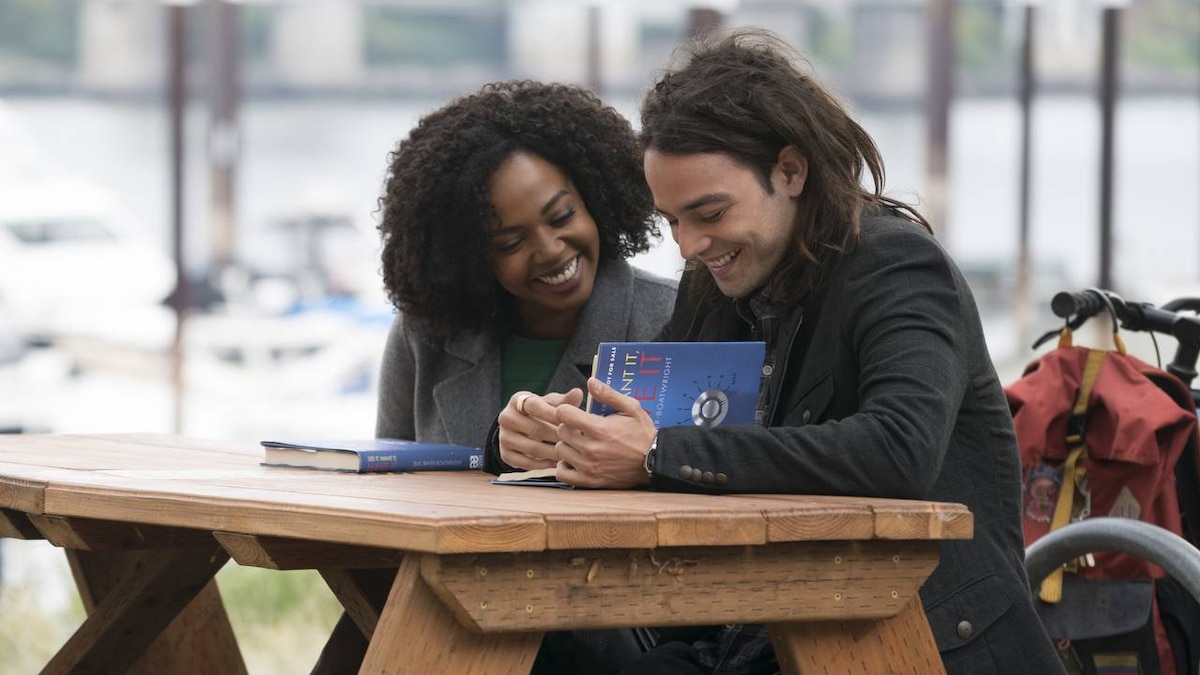 As Audrey and Kristen discuss the food for Kristen's "alterna-mitzvah," Audrey gets distracted by texts from Steven.

Ramon receives a call from a gaming executive who is interested in meeting with him.

Ashley receives an acquisition offer from a large e-commerce country, and she and Ramon attend Duc's book reading. The three siblings meet and discuss their major life changes.

Emotional, Farid and Layla translate the message on the answering machine given to Farid, in which his mother begs for his forgiveness. He angrily confronts Uncle Amir, who claims he was protecting a young Farid from that "lunatic whore."

While Audrey reviews her TV talking points with a PR rep, Greg sees himself into Steven's office and the two have an awkward conversation. Audrey interrupts to discuss some of Steven's controversial overseas ventures; although she realizes her initiative is a PR pawn, she agrees to do the interview. That night, an intoxicated Greg asks Audrey to analyze why he showed up at Steven's office. They share a bottle of wine and discuss the future of their family. Greg tells Audrey he's discovered that Ramon's adoption agency never existed, but he found the case worker's home address.

Kristen and Navid's hands are swabbed for chemical residue by a police officer and they are released. After school, the pair try on hijabs and discuss their family problems. One thing leads to another and they have sex.

Unable to focus on anything, Farid replays his mother's message, remembering how his mother blamed him for his father's death. Layla talks to Farid about his emotions and he tells her Ramon lead him to the Moon Mart.

Ashley comes home to Malcolm watching football. She questions Haley about a drawing she made of their family where Ashley is pushed off to the side.

Greg and Audrey ask Ramon's case worker about her memories of the orphanage and she advises them to stop looking. When Greg, presses, she admits Ramon was stolen.

Reinvigorated from his conversation with the gaming company, Ramon works on his game. He goes to Greg and Audrey's and asks them if he ever "clinically died for a minute."

Kristen and Navid, wearing hijabs, walk hand-in-hand down the hall, to a mix of supportive gestures and questioning glares. They walk home from school and are attacked by masked classmates. Battered, they arrive at Greg and Audrey's, and insist on continuing with the party. Kristen stops her family as they pay tribute to her, tearfully admitting she "tried on" identities they could never take off. Duc congratulates Malcolm on Ashley's offer, only to realize she never told him about it.

Retrieving Navid, Farid instructs him to stay away from Kristen. They argue in the car, and Farid hallucinates Mami in the middle of the intersection. Slamming on the breaks, he narrowly misses a passing vehicle.

Ashley and Malcolm argue while Haley and Ramon play in the treehouse. Ramon hallucinates fire, and drops Haley off the ledge.