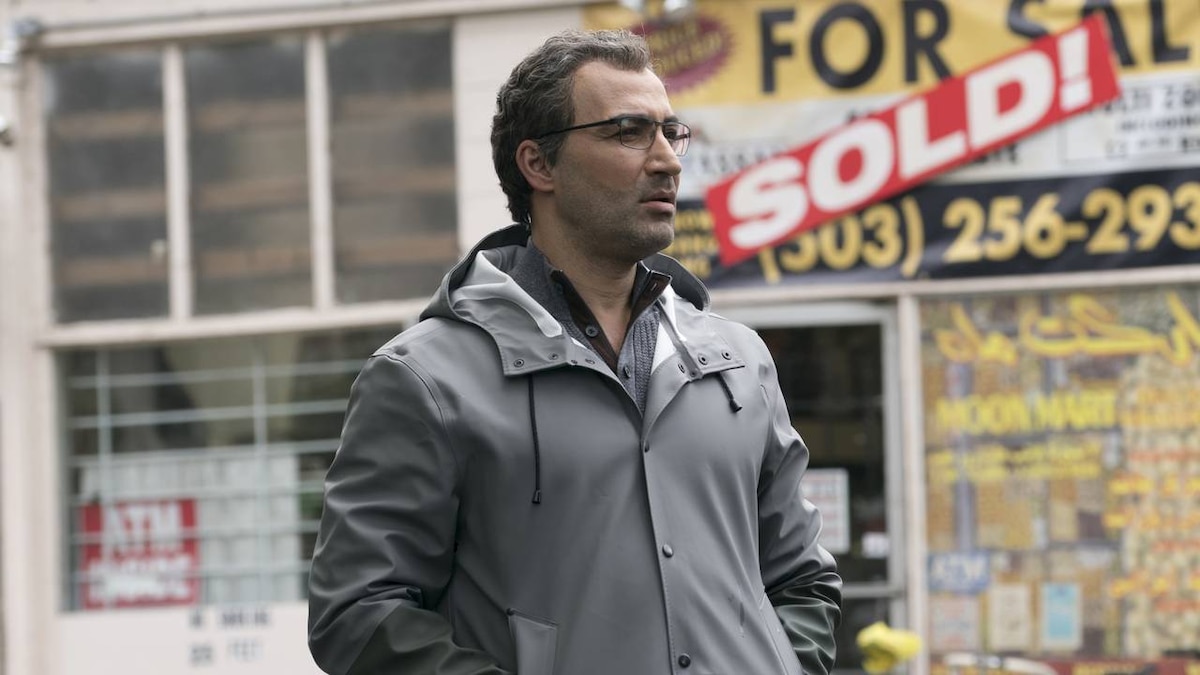 Ramon tells Greg and Audrey he's done with Dr. Shokrani and the meds, and is going home to figure out what his visions mean.

Duc goes to the doctor, who tells him he's having a colitis flare up and to focus on managing his stress. That afternoon, Duc calls Ramon to check in and Ramon reveals he's going to Carmen for a reading. During their meeting, Carmen holds Ramon's hand, sensing fire and energy boiling around him. She tells him it could be a creative fire, meaning something needs to be destroyed before it can be created, like a cocoon. Carmen asks about his near-death experience, "crossed over" and came back. When Ramon tells her otherwise, she suggests he try meditating.

Worried sick about Ramon, Audrey opens the door to find Ashley with a peace offering: a fancy pair of shoes. In the basement, Greg searches through boxes for Ramon's adoption file. Requesting confidentiality, Shokrani meets with Audrey and tells her Ramon's visions could "contain keys to unlocking repressed trauma." He starts to tell him about Ramon's porous mind and stops, directing Audrey's attention to 1111 marked in shadow on the wall. He admits he sees these occurrences as more than a coincidence, prompting Audrey to tell him they won't be needing his services any further.

A woman named Sharon Chen stops by Ashley's boutique and asks about her business. Their conversation is interrupted when a white man tapes a "Black Lives Matter" sign to the window. Because Ashley tells him she's not interested, he accuses her of being a "race traitor."

Audrey wears her new shoes to work and Steven calls her "beautiful." He shares good news: The governor signed off on the program and they're out to 10 new school districts. Their flirtation continues and he invites her to dinner at his house. She accepts.

Duc calls Carmen and awkwardly invites her on a hike that afternoon. On the trail, Duc's colitis flares and he runs off for privacy. After he returns, Carmen tells Duc about the brain's connection to the digestive system and assures him she's interested in him. Sick again, Duc tumbles off a small cliff, injuring his foot. Carmen runs off to get help, but when Duc is loaded into the ambulance, he tells her not to meet him at the hospital.

Kristen comes to Navid with her revenge plan: They'll spray Madison and her friends with a silver nitrate solution which will darken their skin with sun exposure.

Greg makes family dinner but only Ashley and Kristen show up. When discussion turns to the state of the world, Greg tells them "safety has always been an illusion." Kristen and Ashley discuss their parents' tension and assume Audrey must have overreacted to something.

At a Lebanese restaurant, Layla is asked by the host to remove her scarf "for everyone's safety" following a distressing "incident." Layla readily complies, but Farid grabs her, telling the host it's "f*cking cowardice" before storming out.

Audrey and Steve have sex, but are interrupted by a text from Greg. Audrey tells Gregnot to wait up and when she returns early the next morning, she brags she slept with Steve. At work that morning, Audrey and Steve attempt to remain professional.Steve tells her he wants to put her on TV, and despite her hesitation, Audrey agrees to think about it.

The next morning, Layla wakes Farid and tells him she's going to the Moon Mart to pick up groceries for Amir. Realizing the market was in one of his dreams, Farid offers to go instead. When he arrives, the owner gives him a box of things left behind from when his uncle owned the store and lived upstairs. When he gets home, he finds an old answering machine in the box, with a voicemail from his mother.

Ashley has a fierce workout with the Krav Maga instructor, then accepts an invitation from Denise to the gun range. Awkwardly handling the gun, Ashley exhales and squeezes the trigger, hitting the target. She fires off a few more shots.

The next morning, Kristen and Navid disguise themselves with masks and execute their attack. The girls dance in the spray, not realizing the effect it will have on their skin. Kristen and Navid wait in the car to hear the girls' screams, and celebrate with a kiss before driving off.

Greg gives his philosophy lecture and after a passage about suicide, he pulls out a gun and holds it to his chin, sending the room into a panic. One astute student notices it's a toy, and the students call Greg crazy. The reinvigorated students focus on Greg's lecture like never before, but the administration sees things differently and puts him on a six month leave.

Duc and Ramon stare at the stars and feel what Ramon thinks might be an earthquake.