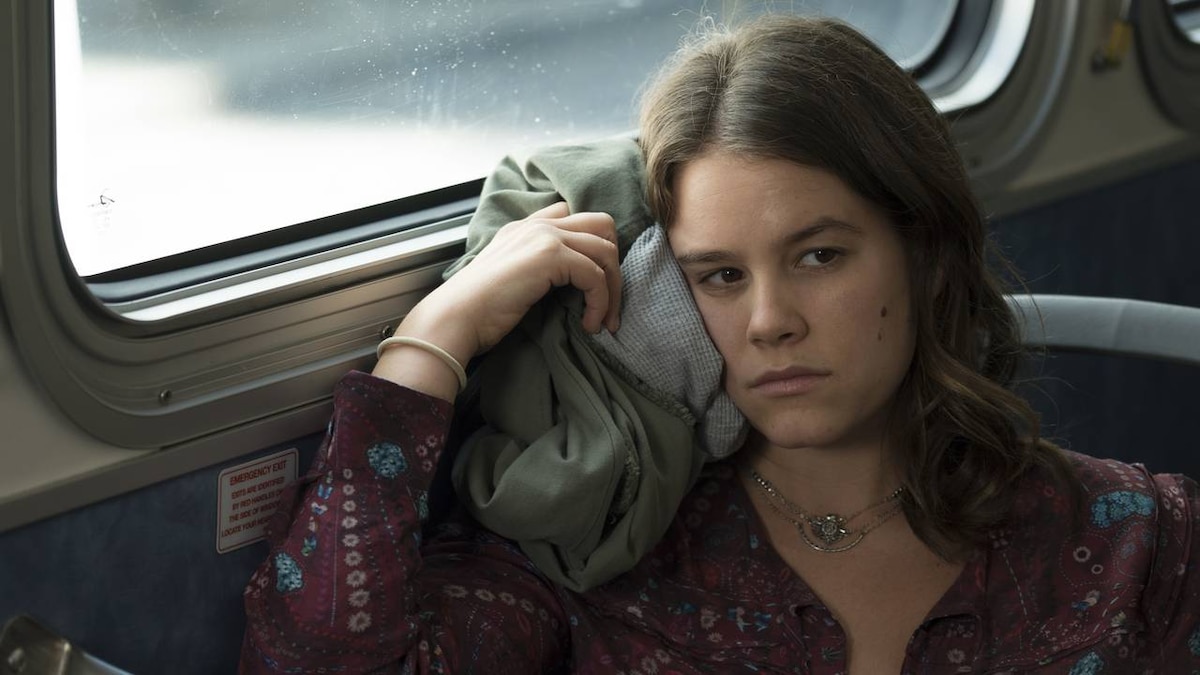 If a Deer Sh*ts in the Woods

Driving to his conference, Greg watches a stag cross the street. He follows the deer on foot, waiting for a message. A wasp stings him, and Greg, taking in the vibe of the woods tries to return to his car but cannot find his way. It starts to pour. Covered in mud, Greg stumbles upon the stag again, and watches as it takes a giant sh*t.

Ramon and Henry make plans to meet Ashley and Duc for dinner. As they coordinate their days, Henry asks Ramon for a spare key he can use that evening.

At the gaming lab, Ramon is thrilled to find out he's been accepted to the Portland Game Expo. Later, despite having heard a phone ringing from his faucet, he tells Dr. Shokrani there's been nothing out of the ordinary. Shokrani asks to see Ramon's video game so he can have better insight into his patient.

Navid helps apply Vitamin E ointment to his father's back, which is covered in scars. Farid speaks to his son about rituals; he wants Navid to be happy no matter what, but safe as well. Navid reminds his father he's promised not to leave the house with the hijab or makeup.

Duc arrives at Ashley and Malcolm's house for a "playdate" with Malcolm. They mountain bike with their friends, and have fun until Malcolm makes it clear he thinks Duc, as his best friend, should have told him about Ashley doing cocaine with a male model. When the group goes for drinks, Duc ignores their casual racism but speaks openly about his celibacy.

At the high school, Principal Schneider and Audrey watch a janitor remove a lynched effigy of a black man wearing a sign mocking Audrey's "I Feel" message from the previous assembly. Audrey makes a statement to reporters, and is furious to discover afterwards that the Empathy Initiative is being cut from the school due to budget issues.

Kristen informs Randy about the chlamydia. He takes little responsibility and makes it clear he's not interested in her. Kristen heads to an after-school Diversity Group but the group tells the white students who show up as "allies" the club isn't for them. Frustrated, the white students leave, and Navid watches Kristen go.

Still covered in dried mud, Greg arrives late to the Biennial Ethics Conference panel. His aggressive comments on optimism (or lack thereof), make the audience and other panelists uncomfortable.

The Shokrani family head to a wedding at the mosque.

Farid remembers himself at 8, wearing a white T-shirt that exposes his flesh, surrounded by other young men, flagellating themselves.

Dr. Shokrani tells his wife he can't go into the ceremony and drops them off. Anxious, he buys some pot from a store Ramon mentioned and smokes with a homeless woman. Finally relaxed, he arrives at the reception, much to the delight of his wife.

Ashley calls Randy into her office and sets up a video camera, seemingly like a fashion shoot. With the camera rolling she makes him state that he is guilty of statutory rape, and promises to release the video if he goes near her sister again.

Kristen receives an email from Ashley with the Randy video. Filled with self-determination, she posts on her "catfish" Facebook page that her fake identity has died from a severe case of chlamydia.

Malcolm and Ashley host Ramon, Henry, Duc and their friend Carmen, a professional "intuitive," for dinner. Ashley and Malcolm hope Carmen and Duc will hit it off, but Duc is thrown by the set-up. Curious about her job, Ramon asks for Carmen's contact info. Duc and Carmen end up exchanging cards as well.

Ashley and Malcolm have sex that night as if nothing happened, but Ashley remains wide awake afterwards. Ramon tells Henry to keep the key.

Watching the news, Audrey is mortified to see her comments about the effigy have been edited to sound like she's defending white supremacists. Upset, she calls Greg to come home for sex. He does, but realizes he's out of E.D. pills, and comments he misses spending time together without any kind of agenda. They spend the night talking honestly, and discover there isn't a need for the pills.

While Audrey sleeps Greg sends Famiko an email, ending things. Looking over at their bed, Greg notices the four feather prints above the headboard could read as 11-11.