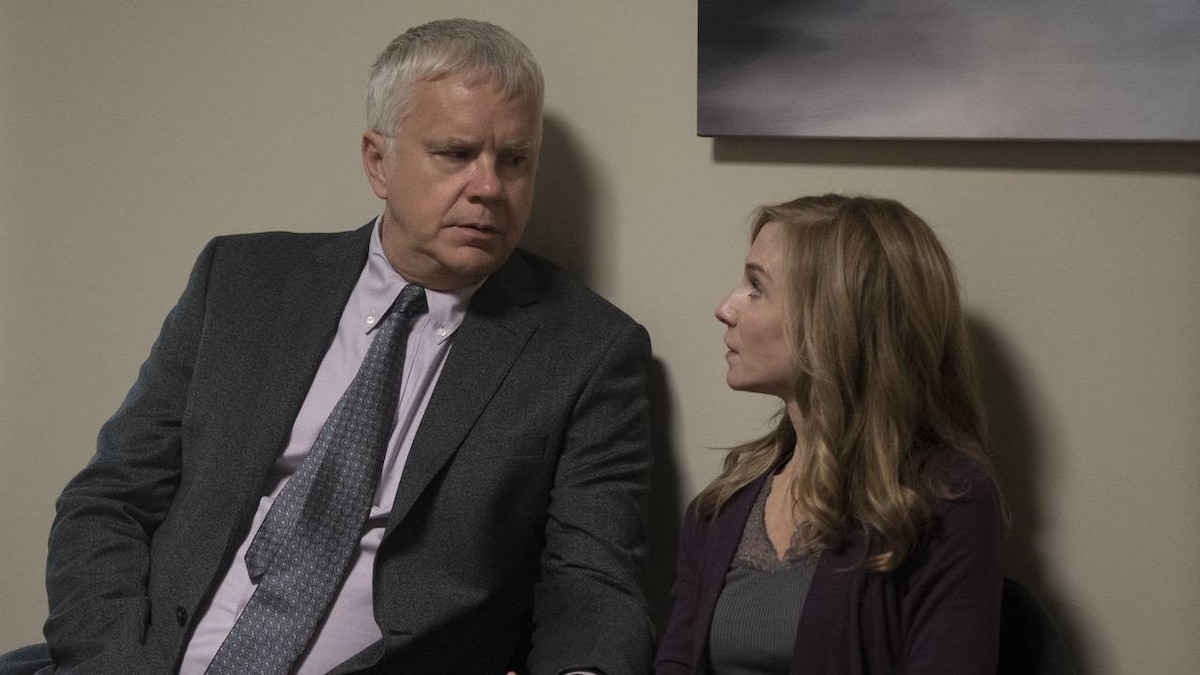 Audrey and Greg, who never asked for Ramon's medical history before adopting him, argue while Ramon recounts his dream inside Dr. Shokrani's office. The doctor identifies the language Ramon heard — " " — as Farsi. Neither can explain why Ramon saw Shokrani's mother and Shokrani as a young boy. Farid recommends Ramon stop smoking pot for a while, but Ramon wonders if something is trying to communicate with him. With memories of her schizophrenic brother, Ike, weighing her down, Audrey decides to plan a family meeting.

At home, Shokrani describes the strong mental image he has of Ramon on the beach with him and his mother to his wife and the coincidence that his birthday is November 11th (11/11). She translates " " for him as, "It's coming." Their son Navid, a classmate of Kristen Bayer-Boatwright's, uses his phone to play the Islamic call to prayer. He is dressed differently than at school, wearing makeup and a scarf wrapped hijab-style on his head. After dinner, Shokrani looks up the term "porous mind," curious if two minds can "share information without physical or material interaction."

Duc meets with a publisher in Vancouver and learns they'd love to release his book — with a foreword from his father to tie it to a release of Greg's book.

Vietnam, 1991, 5-year-old Duc watches impassively as a prostitute (his birth mother) has sex with a fisherman.

Unhappy with the direction the trip has taken, Duc, supposedly celibate, has sex with various women.

After learning he may need age-related eye surgery, Greg speaks to his class. His lecture is than usual, leaving everyone, Michael included, thoroughly confused. While getting his car washed, Greg leaves Famiko a voice message. The car wash attendants discover the cock sling under Greg's seat and shove it into the glove compartment.

Ashley receives a call from Kristen, who thinks she may have contracted an STD from Randy. The two go to a and find it surrounded by anti-abortion demonstrators. After Kristen is tested, a male demonstrator gets in their faces. Kristen kicks him in the crotch, just as the police arrive.

At the station, Kristen's interest in Instagramming her mugshot amuses a female police officer, but when the same officer goes through Ashley's purse, the cop implies it may have been and makes embarrassing comments about the tampons in the bag. The officer intensely frisks Ashley, even removing her wig. Malcolm posts their bail and drives them home.

Audrey and the head of Kristen's school, Principal Schneider, discuss a poster for the Northern European Heritage Society, a new student-run club created to celebrate the Caucasian race. Schneider looks to Audrey and her Empathy Initiative for help. Audrey tries to navigate the conversation between the NEHS kids and the non-white students, but she doesn't trust the quick about-face from the NEHS leader, Matt, who says they don't need a club.

Ashley insists Kristen tell their mom about her arrest and the chlamydia; Audrey is more than understanding. Kristen gets emotional about and feels he should be invited to the family meeting. Ashley apologizes to her husband and owns up to inviting Randy to the party and doing cocaine. Malcolm suggests she be idiotic and adventurous with him instead.

Navid scrolls Kristen's real Facebook page with interest. Farid shares his fear with Layla that Navid's Muslim faith and gender fluidity makes him more susceptible to a hate crime — as does Layla's headscarf.

Ramon explains the video game he's designing Henry. He panics when the game's clock turns to 11:11, and describes seeing shadows following him as a kid. Henry decides to take him camping so they can unplug, but while they are out, Kristen texts about the "family meeting."

Audrey tells everyone not to let Ramon isolate himself, and presses the need for him to go on medication. Greg and the kids don't agree. They are all caught off guard when Ramon shows up to say the treatment he does or does not undergo is his decision.

Headed to a conference, Greg drives back roads until he comes to a T-junction. He reads left for Route 11 North or right for Route 11 South. The GPS tells him to go left: Greg turns right.