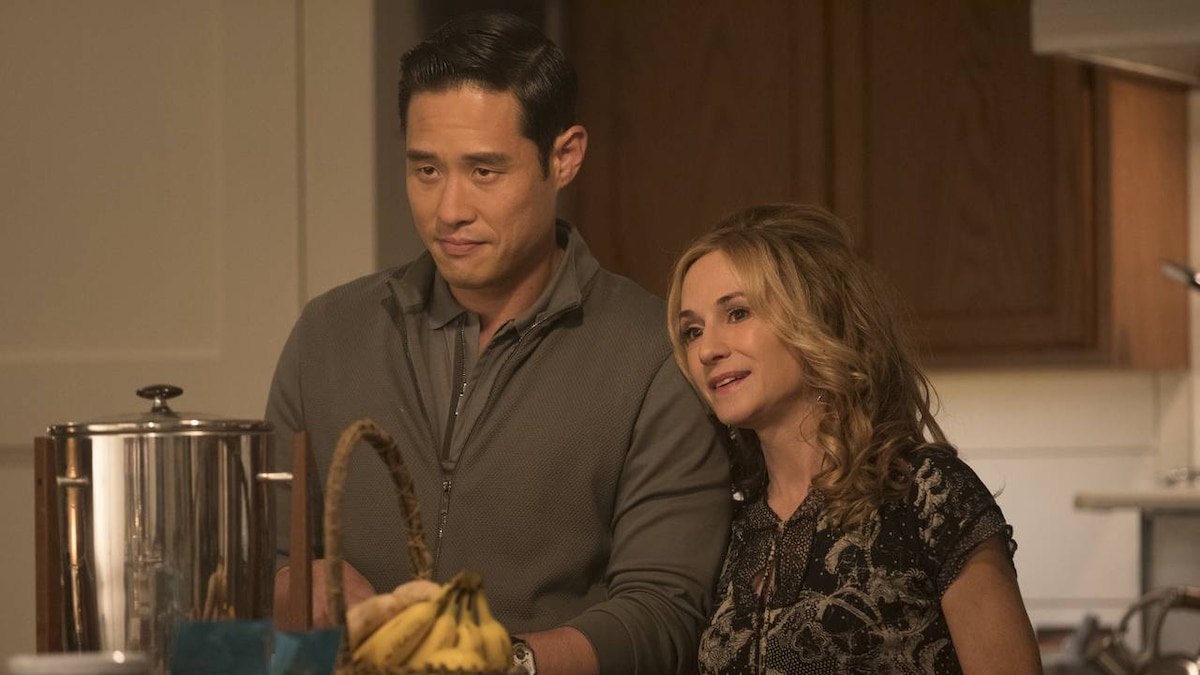 It is 1973 on a Caspian Sea beach. A woman in a red swimsuit, with a 5-year-old boy hugging her leg, speaks in a foreign language and says the name "Ramon." She looks frightened, and aggressively claws at her cheek, ripping it open. In present-day Portland, Oregon, 22-year-old Ramon Bayer-Boatwright wakes up from his dream.

Going about his day, Ramon flirts with Henry, a barista, and tells him about the dream. Ramon turns his head to check the clock, which reads 11:11. As he begins to describe the sensation that something wanted him to look at the clock at that exact moment, he is interrupted by a phone call from his mother, Audrey Bayer, and younger sister Kristen. Henry, to Ramon's pleasure, invites himself to the 60th birthday party being held for Ramon's father that evening. Ramon heads to the gym where his elliptical machine's display freezes on 11:11 before jumping ahead to 11:23.

Duc Bayer-Boatwright takes a pause from his work as a "motivational architect" to call his sister Ashley and make plans for the evening. Ashley, who owns her own retail clothing site, invites Randy, a male model with blow, to hang out with them before their dad's party. Ashley and Duc explain their family to Randy: Duc was adopted from Vietnam, Ashley from Liberia, and Ramon from Colombia. Kristen is the only biological child of Audrey and Greg Boatwright. Ashley steps away to call her husband Malcolm and check in on their 4-year-old daughter, Hailey. After lying about working late, she asks Malcolm if they can just meet at the party.

Greg, a philosophy professor and the guest of honor, signs a first-edition copy of his book, A Layperson's Guide to the Here and Now, for his teaching assistant Michael. He gazes at the back-cover photo of himself at 25, then invites Michael to the party. Before heading home, Greg stops at a prostitute's apartment. Famiko presents Greg — who is one of her regulars — with a cock sling as a gift. Greg pays for his appointment, gets into his car and bursts into tears.

Following up on a request from his mother, Ramon and Henry stop by the dry cleaners to pick up Greg's blazer. When the total comes to $11.11, Ramon is freaked out by the coincidence, and researches if 11-11 means something. They stop at Ramon's place before the party, and hook up.

Having created a fake social profile, Kristen shows Ramon the profile of a guy who messaged her once her brother arrives at the party. The guy describes himself as a "serial killer." Ramon tells her to block him, but Kristen ignores her brother; she doesn't plan to pursue him, but admits she's never hooked up with anyone.

Downstairs, Audrey is thrilled Ramon has brought a guest and seizes the opportunity to talk to Henry before wandering over to Duc. Duc watches his father at ease with Michael, and Audrey tells her son she knows Greg is depressed, but all she can do is wait for him to tell her why.

Randy watches Ashley with her daughter and husband and realizes he has no chance of sleeping with her. Kristen, who has come downstairs with a horse mask on, makes a move. The two head off to the family treehouse and Kristen loses her virginity — horse mask still in place.

After giving a touching toast, Audrey invites Greg to say a few words. His monologue gets increasingly uncomfortable as it goes on, until it seems Greg no longer realizes he's addressing a crowd. A screeching sound interrupts the speech — but is only heard by Ramon. He watches as the flames of the dining room candles grow until they appear to say 11 11. The family gathers around, concerned Ramon is hallucinating.

In the office of psychiatrist Farid Shokrani, Ramon insists 11 11 means something, and is frustrated his mother thinks he is schizophrenic, like her older brother. Greg reminds Audrey Ramon is not their biological child, and her fear is creating problems. Shokrani insists it is up to Ramon to include his parents in his treatment. Ramon agrees to be his patient.

Alone with Shokrani, Ramon asks about a photo of a young woman and a small child. The doctor identifies the woman as his mother, and Ramon is shocked — it's the woman from his dream.