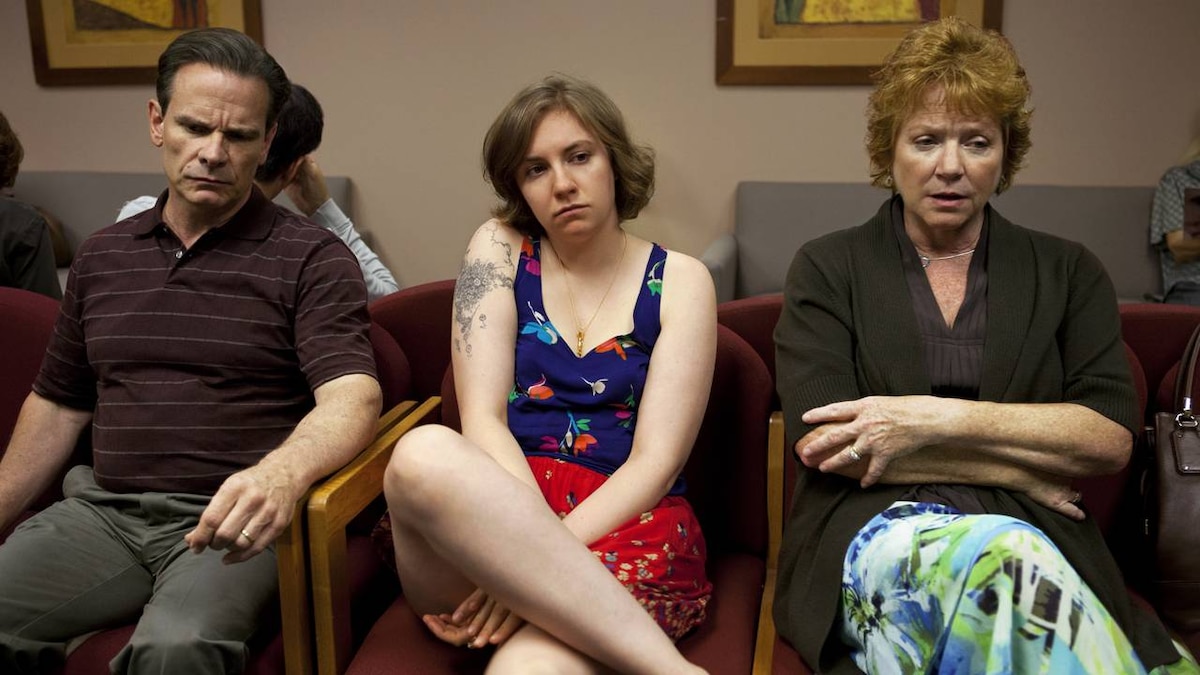 Hannah is unraveling. She's doing everything—looking over her shoulder on the street, eating chips, opening her door—in sets of eight. Meanwhile, Shoshanna reveals to Marnie that Charlie has sold an app, Forbid, to an "esteemed tycoon" for a lot of money.

Ray and Shoshanna bump into her classmate, Radhika, who invites them to a party she's throwing that night. Ray refuses to go—it's creepy for an "old guy" to go to college parties —so Shoshanna goes alone.

Adam attends an AA meeting and bares his soul about his tumultuous relationship with Hannah. His speech catches the attention of a jaunty older woman, who finds him "cuter than a dimple on a bug's ass" and wants to set him up with her daughter, Natalia.

Marnie shows up uninvited to see Charlie at his hip, new office. Charlie reveals that she inspired the app he sold, Forbid, which allows a user to block the phone number of someone you shouldn't call—an ex, a former boss, etc.—and is unlocked only when the user pays ten dollars.

Hannah's parents are in town, and the three attend a Judy Collins concert together. During the show, they notice Hannah's anxious behavior and that she is counting to eight. But when they question her about whether her OCD is back, she gets defensive and denies that anything untoward is going on.

Shoshanna leaves Radhika's party early—she's just not a party girl, and Radhika isn't interested in hearing about her troubles with Ray. On her way out, she's stopped by the young, hot doorman and the two flirt awkwardly, then make out wildly in a supply closet.

Adam calls Natalia, and they agree to meet for dinner. The two hit it off instantly—a happy surprise and a relief for both.

Marnie returns to Shoshanna's apartment to find Ray alone. She complains that people who have it together, like herself, always seem to fail while "sad messes" like Charlie succeed. Ray puts an end to her pity party, insisting she take action and pursue her own dreams. Marnie reveals she wants to be a singer—and Ray is surprised to learn that she actually has a good voice.

Hannah's parents drag her to see a psychiatrist, where she admits that her e-book deal might be making her a little anxious. She continues to deny that the OCD symptoms she experienced in high school have returned, however, and implores the doctor to tell her parents that she's fine.