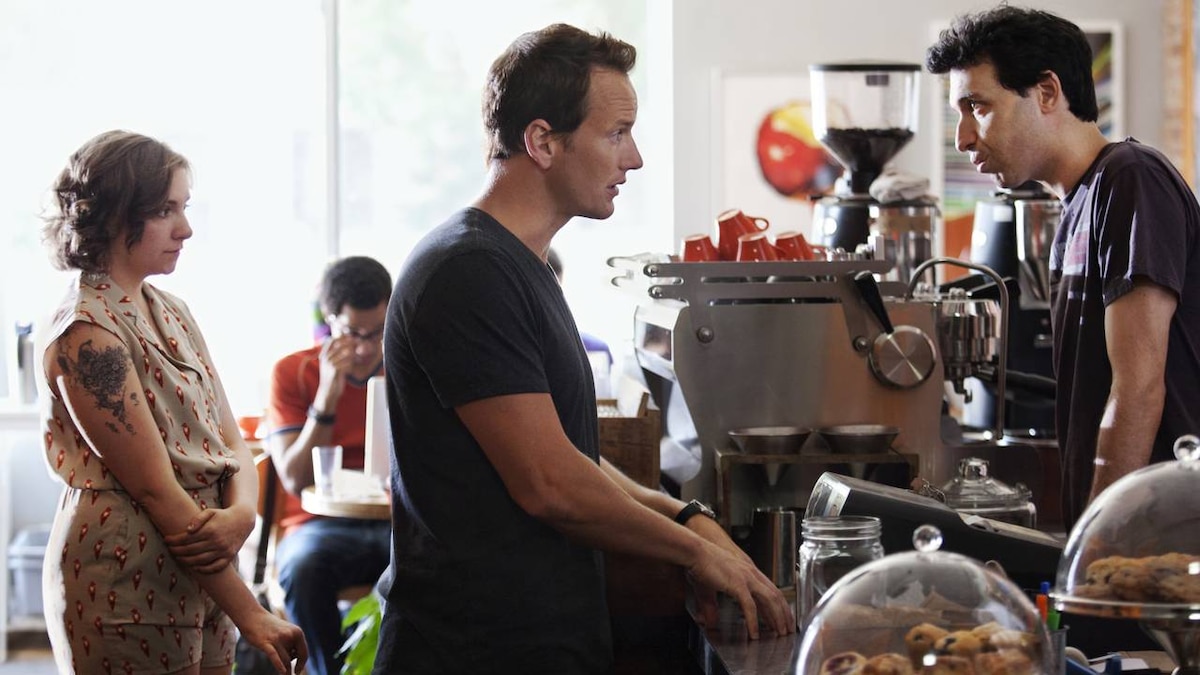 A handsome, fortyish guy comes into Grumpy's to talk to Ray neighbor-to-neighbor. He is upset that someone has been putting the shop's trash in his cans. When Ray denies the accusation, the man threatens to report Ray for illegally serving alcohol when his band plays at Grumpy's. After the man storms out, Hannah leaves too, protesting that she can't work in such a toxic environment.

Hannah follows the neighbor, Joshua, home. She has something to tell him but isn't sure how, so he invites her in. After considering whether or not she is putting herself in a Ted Bundy situation, Hannah accepts.

Inside, she reveals she's the one putting the trash in Joshua's cans. At first, she didn't want to admit to Ray that she'd lost her dumpster key, and then she began to enjoy the thrill of dumping the trash and running away. As she's about to leave, Hannah abruptly kisses Joshua, surprising both of them and leading to a fierce make-out session.

After they have sex, Joshua reveals that he's a doctor and has recently separated from his wife. Hannah is shocked and a little impressed by the news and herself. He and Hannah spend the day together, touring the house and grilling steaks in the backyard. After dinner, Hannah decides it's time to leave. When he asks her to stay, she makes him earn it by begging.

In the morning, Joshua calls in sick and convinces Hannah to do the same. After an energetic game of nude ping pong, Hannah takes a shower in Joshua's fancy bathroom. When she experiments with the control panel in the shower, she accidentally turns the sauna on so high that she passes out.

Joshua strokes Hannah's hair while she recovers; his kindness overwhelms her and she starts to cry. She admits that she wants to be happy, and the admission upsets her because she believes it is her job as a writer to collect horrible experiences for others and "feel all the things." When she tells Joshua she felt lonely up until they met, she can see the spell between them break. Though he asks her to stay over again, the next morning, Hannah wakes to find Joshua has left for work. She takes her time leaving before gathering his trash and putting it outside one last time.