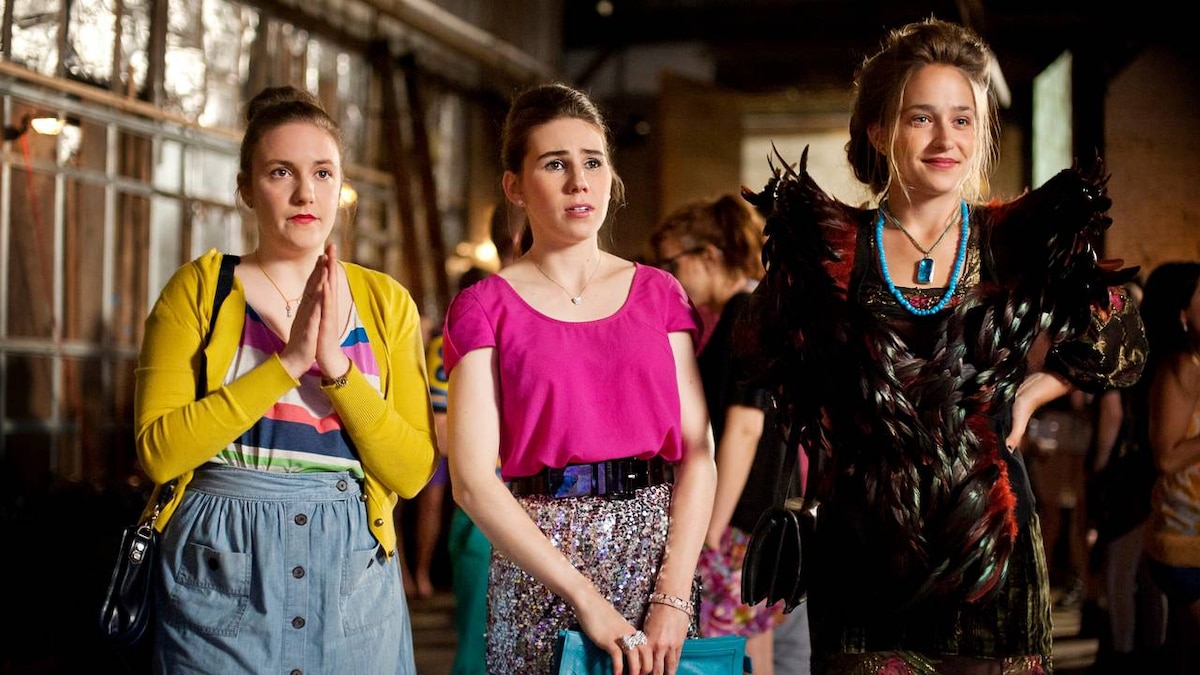 Welcome to Bushwick a.k.a. The Crackcident

Jessa, Marnie and Hannah go to what Jessa promises will be "the best party ever" in a warehouse in Bushwick, where they meet up with Shoshanna, all of Brooklyn and apparently two thirds of Manhattan as well. After Charlie's band performs, Marnie approaches him to say hi and is stunned to discover he already has a new girlfriend, just two weeks after they broke up. Adam is also there in a rarely seen shirt and hanging out with a group of lesbians that includes his closest friend Tako, who informs Hannah that Adam is in AA.

Jessa receives a text from a number she does not recognize, but she still replies with the address of the party and waits to see what will happen. When her boss Jeff shows up, he is humiliated. He realizes Jessa didn't know it was him, and that he's "that guy" who texts his twenty-something babysitter on a Saturday night. Jessa drops the embarrassingly middle-aged bottle of wine he brought off of the fire escape, narrowly missing a couple of crust punks below, and they escape to the dance floor.

Shoshanna smokes what she thinks is a "glass cigarette" of pot, but Ray and Jessa quickly realize that she has actually smoked crack. Jessa leaves Shoshanna in Ray's care while she talks to Jeff, and Shoshanna immediately takes off running through the streets, leaving Ray to chase after her. When he catches up, she attacks him with off her surprising self-defense skills. Shoshanna feels bad and offers to massage Ray's crotch in a non-sexual manner.

Jessa and Jeff's dance is interrupted by the crust punks, who punch him in retaliation for the dropped wine bottle and somefighting words of Jessa's. A guilty Jessa takes her boss to the emergency room, and he asks her to spend the night with him. He promises nothing will happen, but she refuses him. Jeff calls her a tease, fires her and leaves before seeing the doctor.

Hannah leaves the party with Adam on the handlebars of his bike. When he stops short, she is thrown to the ground and she yells at him, first for dropping her and then for not letting her know he was in AA. He counters that she isn't really interested in knowing him at all but simply wrapped up in herself and her many needs. As Marnie comes to Hannah's aid in a taxi, Adam challenges her: "Do you want me to be your boyfriend?!" As the sun rises, the three of them ride back to Greenpoint together in a cab, exhausted and -- in Hannah's case -- more than a little thrilled by the night's events.