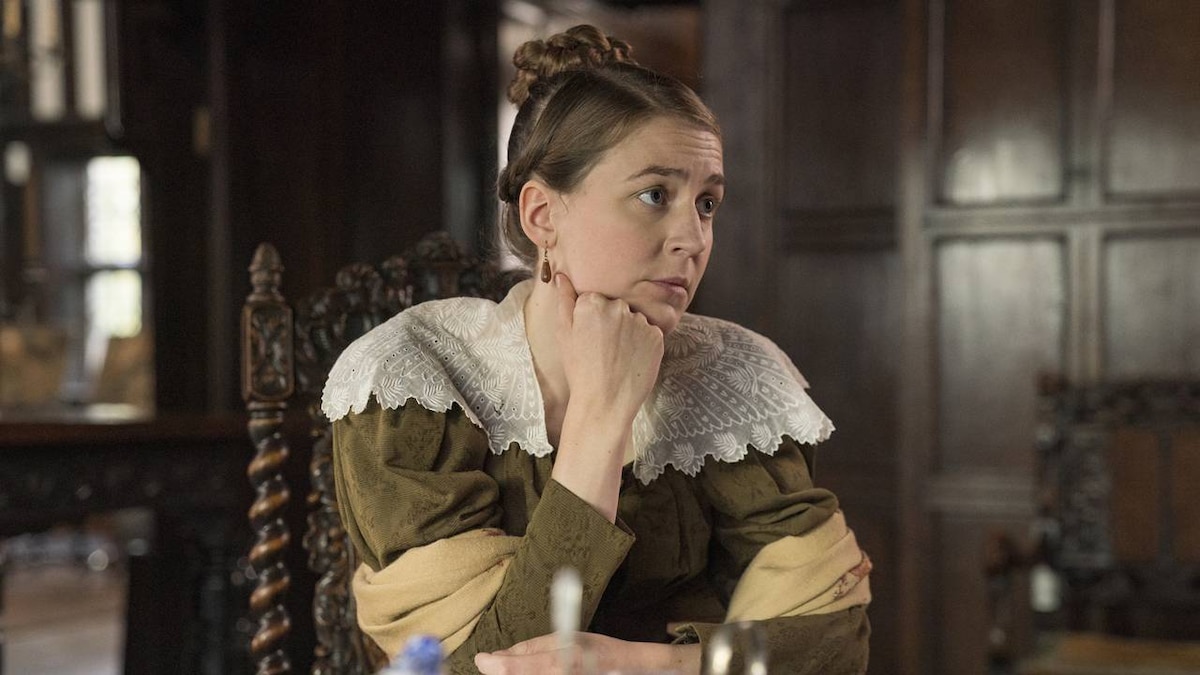 Before setting off for Europe to escape her heartache, Lister invites Christopher Rawson to Shibden to rebuke him for publicly insulting Marian. Later, Lister comes up with a bold strategy to mine her own coal and expose the Rawson brothers' industrial-scale theft. In Scotland, Ann Walker discovers that her brother-in-law plans to marry her off to his penniless cousin.

1.I was just passing

2.I just went there to study anatomy

Lister begins a playful but dangerous courtship of Ann Walker, who soon finds herself captivated by her charismatic and unusual neighbor.

3.Oh is that what you call it?

Lister and Ann Walker's liaison takes a thrilling turn, as mutual acquaintances begin to chatter about their relationship.

4.Most women are dull and stupid

Lister & Ann Walker are consumed by the excitement of their affair, until bad news yields a crippling secret.

5.Let's have another look at your past perfect

The arrival of a figure from Ann Walker's past stirs up trouble and prompts Lister to deal with matters in her own inimitable fashion.

6.Do ladies do that?

8.Are you still talking?

Season One Finale. Difficult news from Shibden spurs Lister to leave behind her new lifestyle in Denmark.