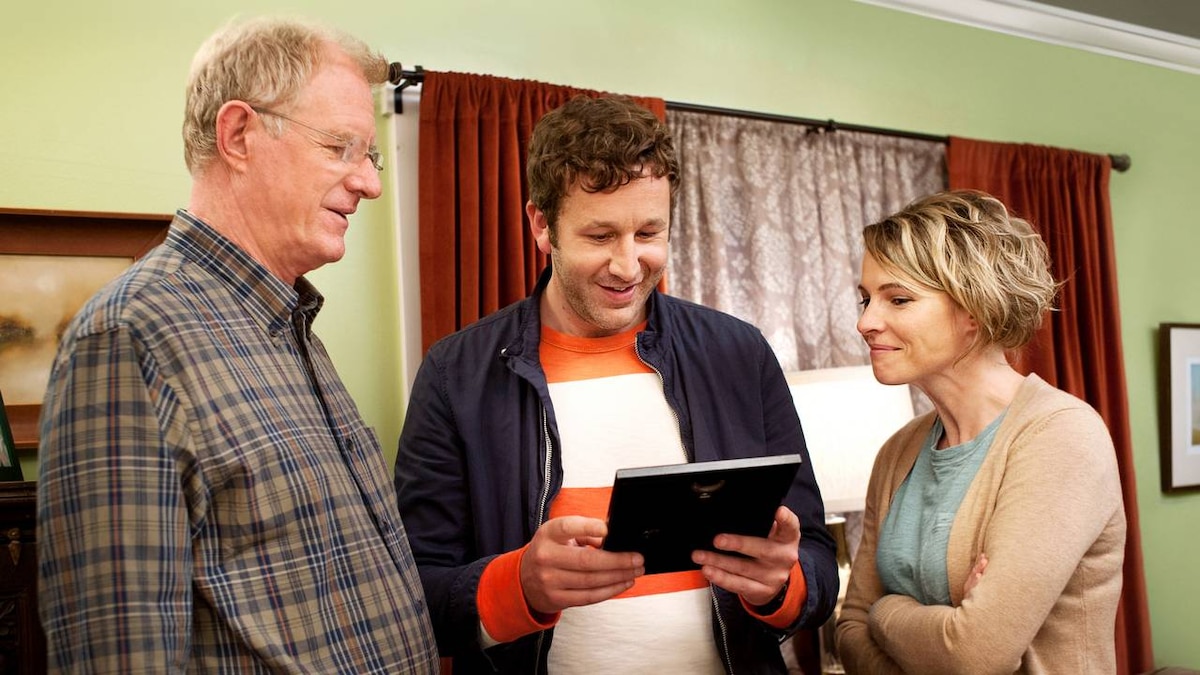 "Excuse me, can I just say, that is a very eloquent bikini." -Pete

Bea and Pete stroll on Venice Beach. Pete hits on a well-proportioned and attractive woman in a skimpy bikini: "By my watch, it's feeding time at the you." She walks away, disgusted. Monkey consoles him: "She was a slut anyways."

Ally shows Tom around the bookstore where she works. Tom invites her to come see his great-great-uncle's Jewish cowboy memorabilia. To let her close up shop early, he chooses a book at random to buy; it turns out to be an illustrated guide to the Kama Sutra. Tom says he'll give the book to Pete: "He's way into pictures."

The couple arrives at the home of Tom's cousin, Melvin Schmelff. Melvin shows off a painting of Tom's great-great-uncle, Ezra Schmelff, who played the cowboy Tumbleweed Tim. Ally and Tom examine Ezra's hat, gloves, boots, and Star of David spurs, which are inscribed in Hebrew. Melvin explains that Ezra lived through "the horse riding and shooting, but he couldn't survive the scandal." He was in a love triangle ("really more of a quadrangle") with Madge Dubois and three other parties. Madge was found "poisoned, strangled, suffocated and shot. And they can't figure out how she died." No one was ever charged for her murder. Tom laments that his great-great-uncle never made it to the talkies, but after hearing Ezra's eccentric voice in his screen test for 'Saloon,' it's clear that the actor was better suited for silent pictures.

"I thought the little brown one was a dollar!" Pete

Bea and Pete leave lunch and realize that Pete only tipped 6 cents instead of $6. Bea notices that Monkey is gone and panics. The pair runs back to the restaurant but Monk isn't there.

Melvin shows Ally and Tom around the old site of Cottonwood Studios. The space is now a mostly deserted parking lot. Melvin points to the old office: "They still use that. It's for migrant workers." The tour is interrupted when Pete gets a call from a hysterical Bea. The group rushes to meet her.

"My hand is clamping up!" -Bea

Melvin, Ally and Tom find Bea frantic without Monk. Tom finds the puppet in a bin for a charity and offers a donation for Monk, but the employee refuses to give him up. "My sister is a 38-year-old woman who talks to a f****** monkey," Tom pleads. "She's beyond help." The woman loses her temper and Tom takes off with the puppet. Bea is thrilled to be reunited with Monkey. She thanks Tom profusely and he admits that Monk is "part of the family."

Al and Kitty host a goodbye dinner for Tom and their family and friends. Al shows Tom a picture he took with Tom's great aunt Victoria, who also came to California to investigate her family tree.

"I've kind of made a commitment this evening to keep my clothes on..." -Dave

Monkey tells Dave Chadwick: "I'd like to see you naked." Dave admits that his wife is missing and Monkey responds, "Sorry. You killed her?" Mike shows off with some amateur magic tricks and his partner joins the party. The group is surprised to learn that Kim is a man.

"They were orbiting around the earth while they did this all on a soundstage. Where? Area 51." -Al

Later, Al asks Tom to help him clean a glass that his "genius wife" broke. While searching for the broom, Tom finds Al's "special room," filled with scale-models of what Al believes to be government cover-ups. Al maintains the conspiracies include JFK's assassination, the moon landing, the Titanic and a canceled Neil Diamond concert.

Tom realizes how much he'll miss Ally and they agree to stay in touch. Later that night, they consummate their relationship, despite having agreed to take things real slow. The next morning, the couple goes to the airport and both confess they don't want Tom to leave. Tom looks towards check-in, turns back to Ally, and kisses her.