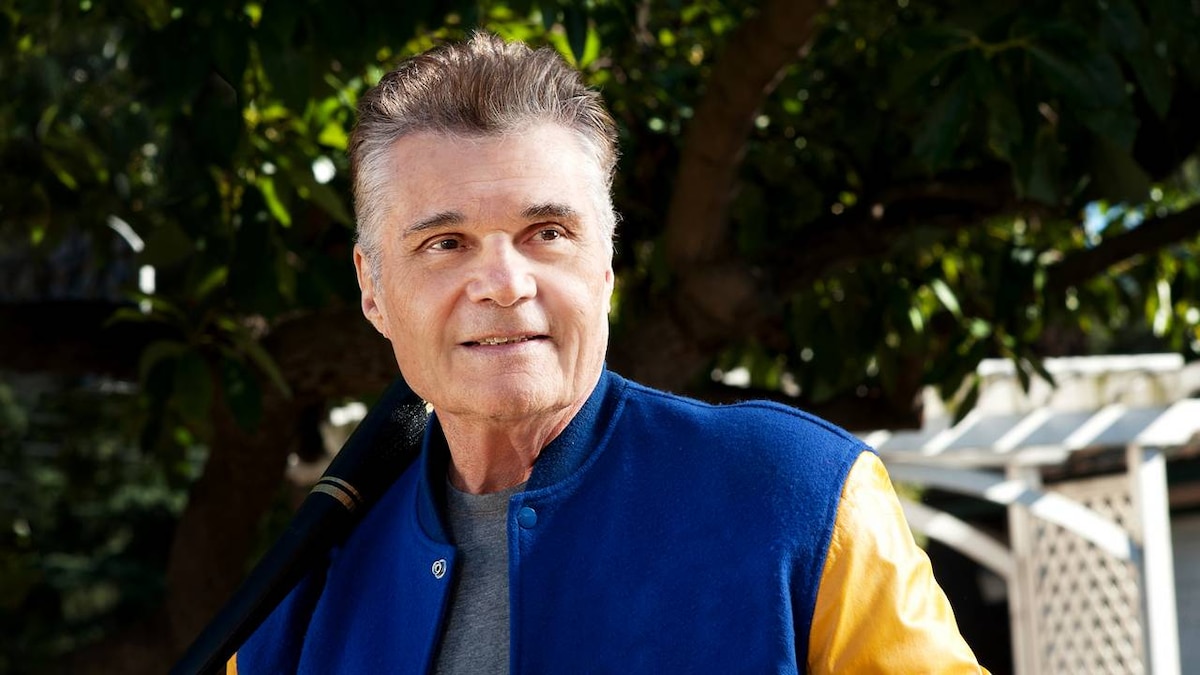 "Al and Kitty have invited me over to pursue the Chadwick bloodline." -Tom

Tom Chadwick explains that "with the breakup and the redundancy," his trip to California is perfectly timed. Al and Kitty Chadwick pick him up at LAX and pop in an R&B CD for the drive home. The lame music prompts Tom to wonder if R&B means the same thing in the States as it does back in England.

Their house belonged to Al's father and is full of memories that Al can't remember. Like his father, Al is a podiatrist. He met his wife Kitty after he found her number written on a bathroom wall. "She's not that kind of girl, I'm not that kind of guy," he explains, "but we've been in love ever since."

Tom will be sleeping in their daughter's room since she's away at grad school. He hopes his stay will be "less harrowing" than the last time he was in a college girl's bedroom. The room also features its own bathroom and the stains from an elderly basset hound.

Back in London, Pete is up late after helping to deliver a baby zebu. He calls Tom, excited about his upcoming trip to America. Tom is nervous about the impression his friend will make on Kitty; Pete used to insist on sleeping naked on Tom's mother's couch.

"I understand these Brits like their buns warm and well-buttered." -Mike

Tom walks Al through the Chadwick ancestry he's uncovered, including a button he found from his great-grandfather Charles' Civil War uniform. Al's neighbor Mike interrupts them to deliver Tom some gifts -English muffins and "a toothbrush with a book of instructions." Mike advises, "Use it twice a day and call me in the morning."

Tom is taken aback when Kitty the cat runs into the yard. He tells the couple he's allergic, but really he just believes cats are "the devil's spawn."

"Did the teachers wear those hooded, pointy hats like wizards wear?" -Kitty

Just as he's about to go to sleep, Tom gets a Skype call from Monkey. He says that Bea is depressed because she lost her job at the bank. When Monk won't put Bea on the screen, Tom says goodnight.

Al reminisces about a camp he went to as a teenager where Native Americans taught him life skills. Now he's able to "start a fire with a garlic press and some bear scat" and build a functioning ham radio. He's confident that these skills will help him thrive without electricity: "The time is coming. I mean now."

Rick Tillman, Tom's relative from Redondo Beach, and his girlfriend Julie arrive, and the clan preps for the BBQ. Dave Chadwick joins the party after a driving from North Carolina. Tom asks if he's dating anyone, and Dave shows off pictures of Guadalupe, his Peruvian wife who's been missing for three years. Dave retired his search for her after a year and a half: "I don't know where she is, but I'm kind of back to my regular routine."

Dave screens a video of his grandfather, Phineas, playing the banjo. He also brought the passenger list documenting Charles Chadwick's journey to England. Since the manifest is dated two days after Lincoln was shot, Al reasons that Charles must have been John Wilkes Booth's accomplice.

"Look at me sitting in shorts!" -Tom

Mike rejoins the party and suggests the group play wiffle ball. The game goes awry quickly when he nails Kitty in the eye with a ball. Mike tries to apply chilled seafood to the injury: "It's from the ocean!"

Later that evening, Kitty, Al and Tom sit in the hot tub. They ask Dave to join them but he confesses that the hot water would inflame his vestigial tail. Although it's just a "nubby little thing," Dave shares, he must buy his pants a half-size larger. The couple retires to bed and Mike comes over. Realizing it's just him and Tom, Mike strips off his swim trunks, ready to soak in the nude.