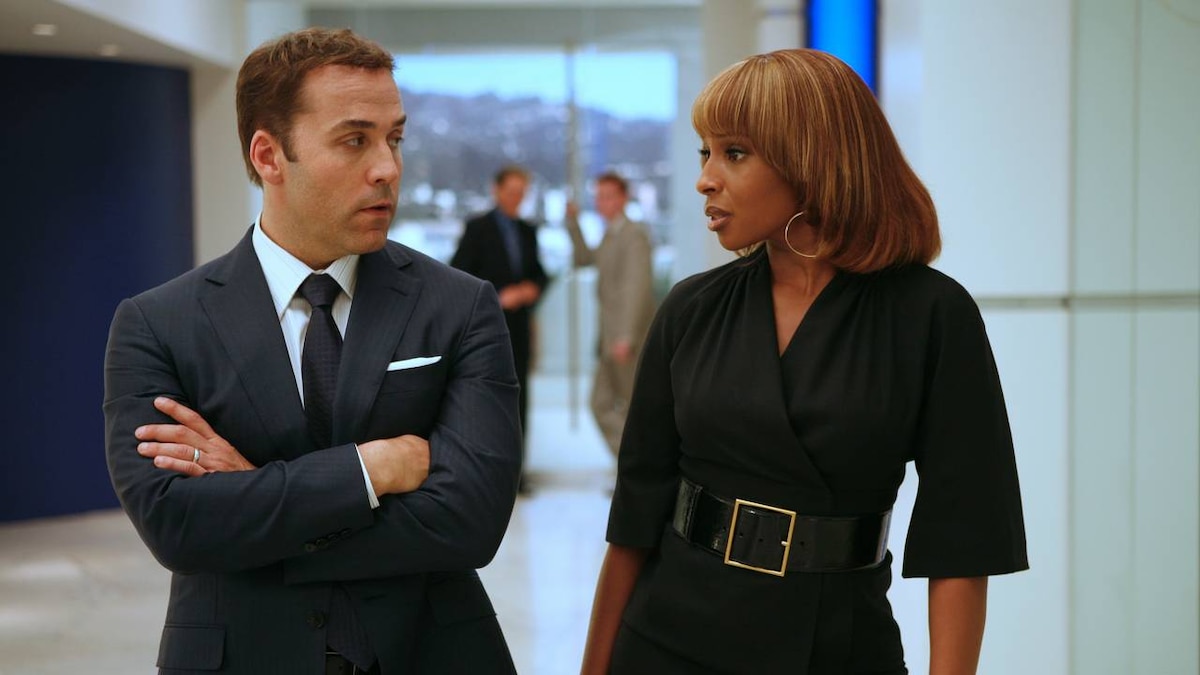 Now that E's leapt off of Vince's mountain-climbing movie because of Walsh, he decides to jumpstart his management company with some office space. Vince and the guys mock his new headquarters – a cubicle on the sketchy side of town – but then hunt for a surprise gift to spruce up the place. The perfect piece, a $42k desk once owned by Robert DeNiro, comes at an even higher cost when a sales rep tells the crew that Gary Busey has already laid claim to it. The madcap actor/artist agrees to relinquish his rights, but only if Drama will help him show "The Unseen Faces of the Familiar" by posing for him. Drama takes one on the chin to secure E's present, but the desk won't fit through the doorways of his low-rent office.

While E awaits a call back from Peter Jackson's video-game division, none of the other industry players he approaches have a clue who he is. Even the ad department at Variety laughs him off when he tries to put the word out. Shauna helps the upstart manager by hooking him up with a reporter at the trade magazine, meanwhile Ari has his own business issues to juggle. Hustling to prepare for an annual meeting with top-tier client Mary J. Blige, Ari runs into drama between Jeff and Jim Jensen, a set of twin brothers working for him. It turns out Jeff slept with Jim's wife. Clearly one of them must go, but Ari finds himself forced to punish the victim because Jeff consistently out-earns his cuckolded brother. Jim, who happens to be Blige's favorite staffer, drops the scandal at her feet after cleaning out his desk. The R&B queen follows Jim out the door, so Ari fires the remaining twin for good measure. Meanwhile, E's company strategy doesn't pan out much better. In the Variety article Shauna arranged, the reporter trashes him as a product of Hollywood nepotism, and the fancy new office Vince sets him up with (primarily to accommodate the desk) only underscores E's dependence. But just when the manager can't sink any lower, Peter Jackson returns his call, eager to work with Vince – and glad to have a representative besides Ari to deal with.