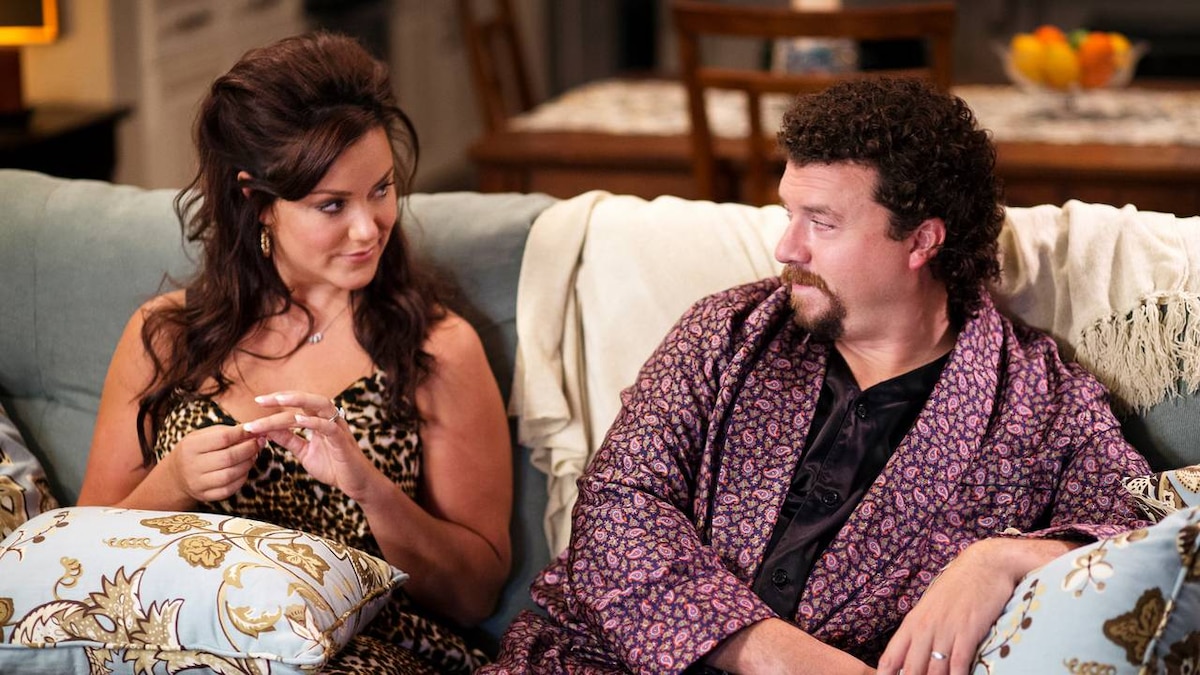 On the set of 'Sports Sesh,' Guy interrupts Kenny mid-sentence with a "boring alert" before introducing new co-host, Candi Cox.Candi comes out swinging at Kenny, making gay jokes at his expense. Kenny counters with an insult about Candi being on her period, but it doesn't go over well. During the commercial break, Kenny goes to the bathroom and tries to psych himself up—"You've got to harness the power of the c*ck"—not realizing that everything he says is being transmitted to the studio audience through his live microphone.

April expresses frustration about her and Kenny's marriage. Kenny seeks marital advice from Dixie, asking if he can count on her support in the days to come. In return, he makes up a slightly less offensive lie about what happened with Gene at the water park.
Kenny and Guy face off at the lake on their water jet packs. Kenny wants to call a truce -- there's room on the show for both of them -- but Guy isn't having it. At the mall's new Taters 'N' Tits kiosk, Kenny tells Stevie about his problems at home and at work. Stevie tries to help out by recruiting a large man from a local church group to threaten Guy, but Stevie's hired muscle has trouble remembering the dialogue. Guy beats him up instead.

That night Kenny throws a big surprise party for April -- "to remind you how awesome your life is and how cool everything is between you and I" -- but she's not impressed. Stevie arrives to tell Kenny that the plan failed. A rattled Kenny returns to the party, takes the mic and tries to get April to join him in a karaoke duet. When she turns him down, Kenny loses it. He lashes out at everyone and April kicks him out of the house. Kenny leaves, but not before freeing Dakota from his chains.

At the studio, Guy prepares to fire Kenny. Kenny apologizes for how he's acted, admitting that he's been kicked out of his own house and has no more fight left in him. Guy has no interest in reconciliation, and tells Kenny that he should be out there in the audience with the idiots clapping because they see bright lights. "I could shit in my hand and those morons would eat that up," he tells him. "I win, Kenny. You're f*cking out."

Guy comes around to the front of the stage and is greeted with a chorus of boos. Kenny's mic was hot during the entire rant. As Guy looks on helplessly, Kenny gloats: "I win."