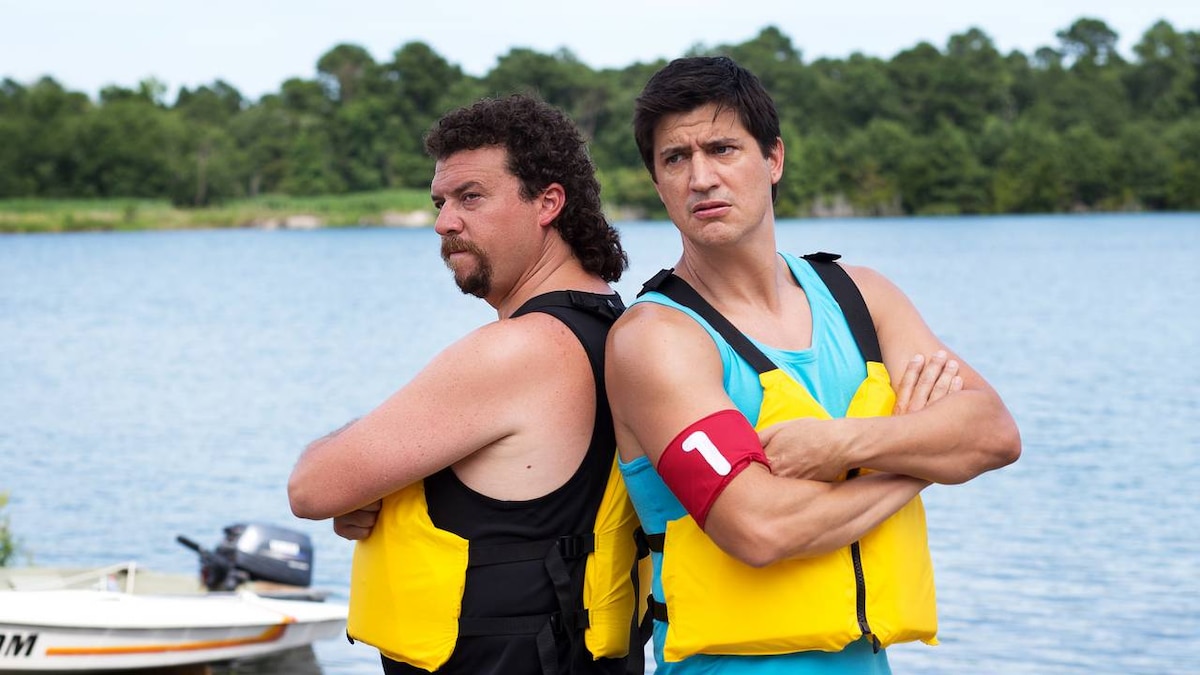 On 'Sports Sesh,' the guys run through an obstacle course and Jed makes the mistake of beating Guy Young. After the show, the other co-hosts tell Kenny they're all scared of upsetting Guy, who can be very petty and jealous. Unconcerned, Kenny bonds with Guy over lunch, and Guy invites him to participate in a dragon boat race for a charity of his choosing. Kenny enlists Stevie's help to find a charity on par with Guy's AIDS foundation. Shutting down Stevie's suggestion of the "Save the Limp Dick" foundation (a cause near to Stevie's heart), Kenny settles on the poor black kids at a nearby park.

April notices that Gene and Dixie have been throwing dinner parties without her and Kenny, so she shows up uninvited and angry. Dixie tells her she wasn't invited because Kenny punched Gene in the face at the water park. Covering for himself, Kenny makes up an elaborate lie about Gene having sex with another woman while Tel watched. While the couples fight, Kenny and April make their exit.

Kenny and April prepare to mingle with the elites at Guy Young's Asian-themed party. Surrounded by chanting monks and cake flown in from across the country, Guy tells Kenny how fed up he is with Jed. The day of the race, Kenny and Guy prepare to take on Dontell's team. In the middle of the competition, Jed is slowing the team down, and Guy asks Kenny to throw him out of the boat. Kenny is conflicted, but does as he's told, aiding the team to victory.