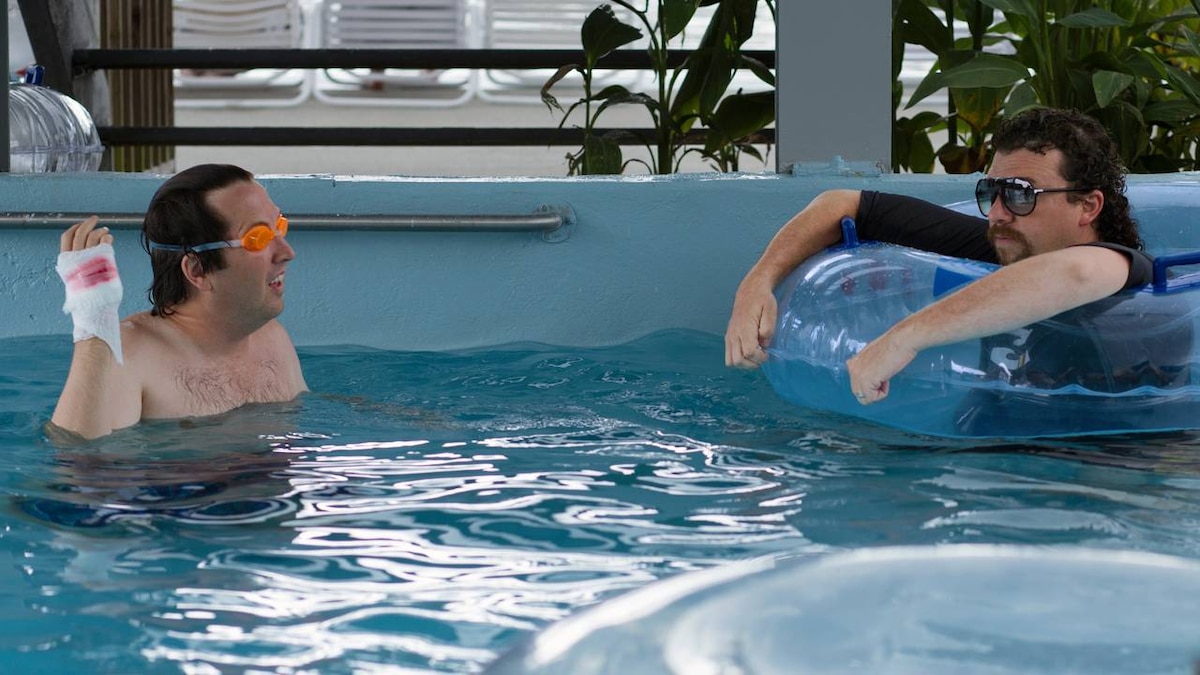 Kenny, April and Stevie leave Guy Young's studio after Kenny's triumphant performance on 'Sports Sesh.' Stevie is so excited, he punches through a car window. To celebrate his return to the big time, Kenny buys gifts for his family – a free-trade candle for April, a Louis Vuitton backpack for Shayna, and for his son Toby, a wolf named Dakota.
At the studio, Kenny and Guy exchange gift baskets. Kenny's includes the screenplay of his life story; Guy's has passes to a waterpark. When Kenny tries to invite his brother's family to the resort, Dustin turns down the offer, telling Kenny, "All you do when you get famous is act like a bigger assh*le." Instead, Kenny and April invite their friends Gene and Tel and their families, along with Stevie's.

Everyone enjoys the waterpark – especially April. Kenny brings his drunk wife back to their room with his kids, then joins the other men at the bar. A dirty-looking fan named Shawnsie introduces Kenny to his hot sister, Jessie. They bring the party up to their room, but the drugs and booze prove too much for Gene and Tel to handle. Kenny threatens to expose them all if they tell their wives about the party, and cracks Gene in the jaw for mouthing off to him.

After sneaking into park after hours, Kenny turns down Jessie's overtures. "I've got a wife, kids, a family," Kenny tells her. "My d*ck just can't be in your mouth, ever." Security comes and the group races back upstairs. Kenny, agonizing over his decision, decides to pay a visit to Jessie's room, but this time, she turns him down. Kenny wakes up next to his loving wife, but his son recognizes something amiss.