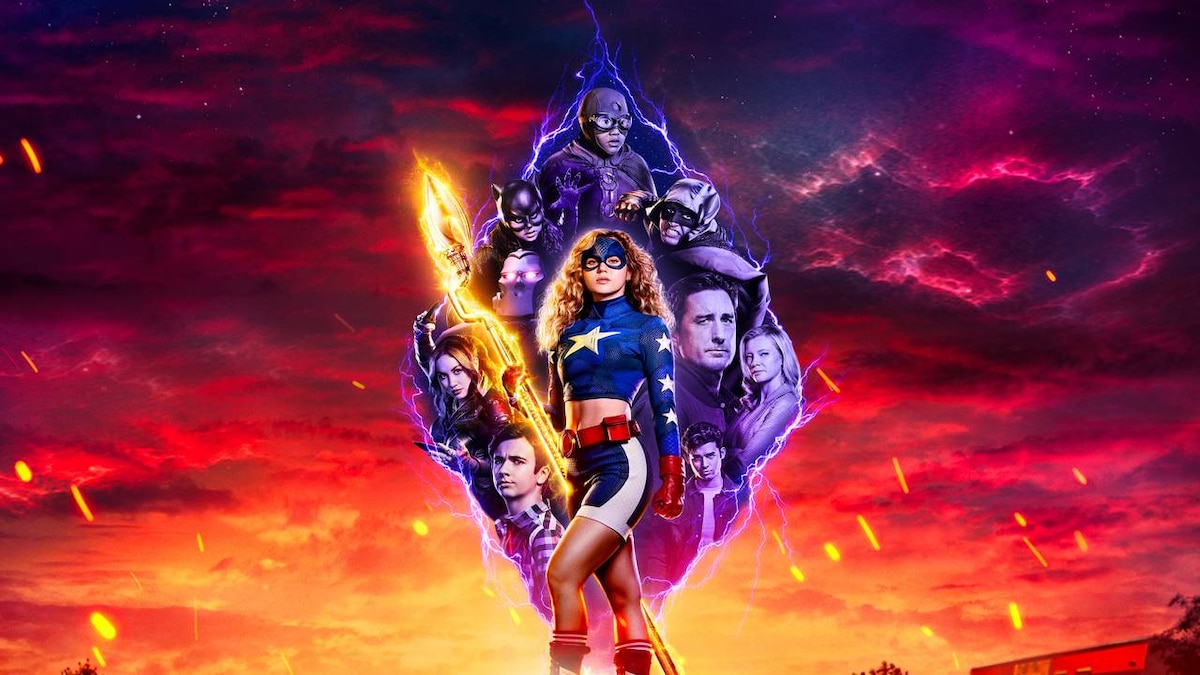 The new DC Universe drama series DC's Stargirl follows high school sophomore Courtney Whitmore as she inspires an unlikely group of young heroes to stop the villains of the past. This new drama re-imagines Stargirl and the very first superhero team, the Justice Society of America, in an unpredictable series that focuses on the character that started creator Geoff Johns' career as a comic book writer when he created her in 1999, lovingly inspired by his late sister who was killed in a 1996 plane explosion.

In the series premiere, Courtney Whitmore moves to Nebraska with her family and discovers her stepfather, Pat Dugan is hiding a major secret.

After Courtney has an unexpected run-in with a member of the Injustice Society of America, Pat reveals the truth to her about their history.

After a dangerous run-in with the Injustice Society of America, Pat warns Courtney to back down from her attempts to go after them. And Barbara impresses her new boss, Jordan.

After realizing that she needs the extra help, Courtney sets out to recruit new members to the Justice Society of America - starting with Yolanda Montez.

After Pat confronts Courtney about the potential consequences of recruiting new JSA members, Courtney makes a difficult decision and the JSA prepare for their first mission.

As Pat teaches Courtney, Yolanda, Beth and Rick the importance of teamwork, the ISA converge to figure out who is trying to take them down.

After Courtney gets herself into some trouble, Pat decides they need to come clean to Barbara. Meanwhile, Yolanda, Beth and Rick lead an investigation into a classmate.

Tensions rise among the JSA members after Courtney suggests who she wants to recruit next to the team. Meanwhile, Henry, Jr. makes a surprising discovery about his father.

As Henry Jr. hones his newfound skills, secrets from his family's past force him to make a difficult decision. And tensions between Pat & Barbara have her revisit her own past.

While Pat uncovers new information about the ISA's plan, Courtney's life gets turned upside down when someone from her past arrives in Blue Valley.

With the ISA on their trail, Courtney, Pat & the team regroup to figure out their next step. Meanwhile, Rick makes a breakthrough, as the team prepares for a showdown with the ISA.

As the Injustice Society of America come closer to accomplishing their mission, Courtney and the JSA face off against Icicle and the villains of the ISA in the season one finale.

Summer School: Chapter One
In the season premiere, Pat suggests the family take a vacation after seeing that Courtney (BREC BASSINGER) has been too focused on being Stargirl and not her schoolwork.
Summer School: Chapter Two
Still on the lookout for evil in Blue Valley, Courtney grows suspicious after an unexpected visitor shows up at the Dugan house. Meanwhile, Barbara Whitmore (series star AMY SMART) and Pat become concerned after a visit from a mysterious antiques collector named Richard Swift (guest star JONATHAN CAKE). Elsewhere, Cindy Burman aka Shiv (series star MEG DeLACY) puts her plan in motion.
Summer School: Chapter Three
After getting a taste of the superhero life, Mike pleads with Pat to let him join the team. Elsewhere, after seeking help from Thunderbolt, the JSA prepare for a confrontation with The Shade.
Summer School: Chapter Four
As Pat considers whether he should come clean to Courtney about Eclipso’s past, a surprise visit from Crock and Paula catches him and Barbara off guard. A tense run-in with The Shade provides Courtney with some valuable information. Finally, Cindy makes her move.
Summer School: Chapter Five
As Pat and Courtney clash over their next steps in their search for Eclipso, ominous weather conditions in Blue Valley hint that he may be near. Meanwhile, Cindy’s plan to recruit another student takes an unexpected turn, and Cameron opens up to Courtney.
Summer School: Chapter Six
Cindy and her new team make their move against the JSA leading to an epic showdown.
Summer School: Chapter Seven
When the guilt over Brainwave’s death becomes too much to handle, Yolanda is forced to make a heartbreaking decision.
Summer School: Chapter Eight
With his world crashing down around him, Rick focuses his attention on protecting Solomon Grundy after learning hunters are after a bear in the woods. Meanwhile, Beth becomes the target of Eclipso’s latest plan.
Summer School: Chapter Nine
As Eclipso takes aim at the Whitmore/Dugans, Pat is reminded of painful memories from his past involving the original JSA and their fight to take down Eclipso. Meanwhile, Mike is forced to confront the guilt he feels for his role in Icicle’s death, and Barbara comes face to face with someone from her past. Finally, Courtney struggles to hold onto hope after Eclipso targets those around her.
Summer School: Chapter Ten
Courtney is left devastated after discovering a dark secret that Pat has kept hidden from her. However, when they learn that Jennie may be able to help in their plan to stop Eclipso, they’re forced to put their issues aside as they set out on a road trip to find her. Meanwhile, Beth makes a shocking discovery about The Shade.
Summer School: Chapter Eleven
After a frightening encounter leaves Courtney’s life hanging in the balance, the team band together to determine their next steps.
Summer School: Chapter Twelve
With the looming threat of Eclipso hanging over them, Courtney seeks help from the unlikeliest of places. Meanwhile, Mike’s search to find Thunderbolt leads him straight to his friend Jakeem and Pat goes to extreme lengths to protect Rick.
Summer School: Chapter Thirteen
As Eclipso unleashes the final part of his master plan, Courtney, Pat and the JSA band together to take him down once and for all in the season two finale.