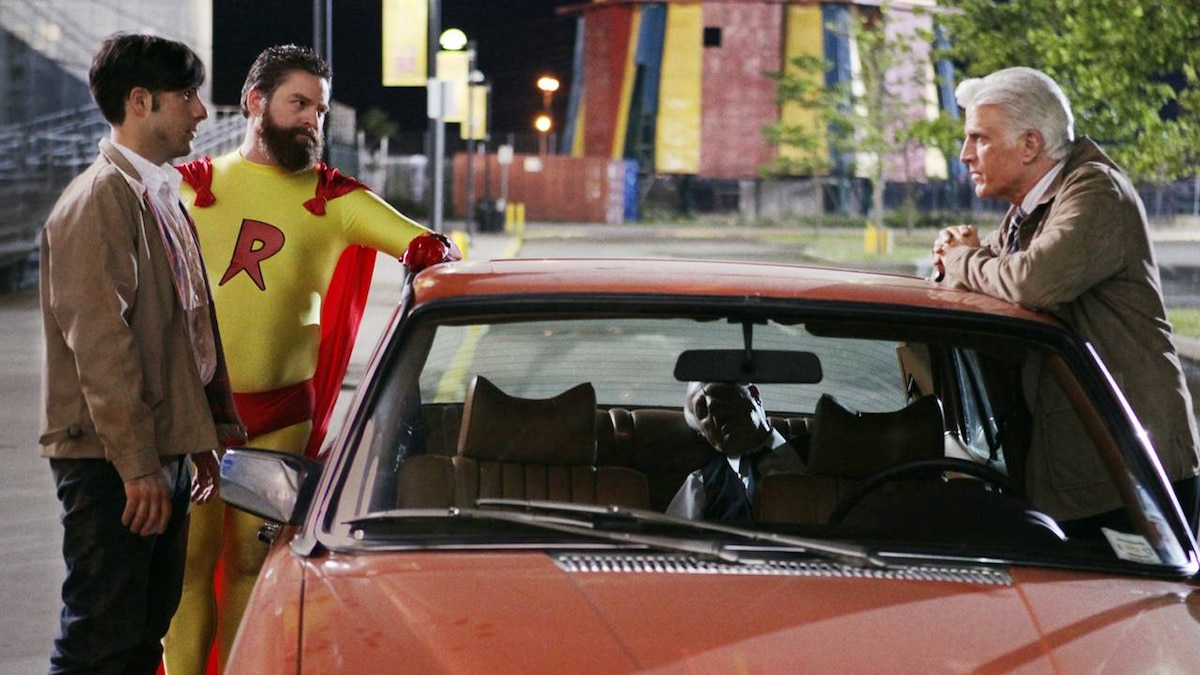 Nothing I Can't Handle by Running Away

Emerging from his embrace with Bergeron, Jonathan learns more upsetting news: his biological father is neither Jewish nor a member of MENSA.

Having made amends with Emily, George is disappointed to hear that she and Bernard plan to elope to City Hall. He offers to throw an alcohol-free reception at George on Jane.

Ray lectures Jonathan about his incest and urges him to give Bergeron a second chance. Jonathan asks Ray to accompany him to Coney Island but he has to attend a signing for the one-year anniversary of Super Ray.

At the Susquehanna Hat Company, Jonathan finds Bergeron with his bag packed: He is running away from a bad debt with some groundskeepers. He gives Jonathan a small revolver as a keepsake, ushering him out just as a couple of groundskeeping thugs arrive. Jonathan tails Bergeron and the thugs. When they threaten to pop his father, he leaps out brandishing his new gun, but it jams. The groundskeepers decide to kill father and son but Bergeron insists he can get the ten grand he owes them. He heads out while they hold Jonathan as insurance.

Running out of time, the thugs order Jonathan to call his father to turn up the heat. Jonathan calls George instead, who leaps into action. George calls Ray who leaves his signing to join the rescue operation, getting a ride to Coney Island from his Super Ray fans.

George and the League of Rays (or Rayvengers, the name is still under discussion) break into Wonder Stadium. The thugs lead Jonathan out onto the field to his destiny, when suddenly, from the announcer's booth, George demands Jonathan's release. Ray leads the Super Rays in a charge. The thugs start shooting in the air. Jonathan grabs a bat and takes the thugs out from behind. He races to help Ray, but now the thugs start shooting at Jonathan. He runs, serpentine, and slides into home base like Jackie Robinson, getting to the gun first. He is safe!

George, Ray and Jonathan pull away from the stadium, just as Bergeron arrives with the money. Too late.

George is prodded, mid-toast, by Jonathan to refocus his speech to be about Emily (rather than himself). Enjoying the celebration, Ray dances with his new elder lover, George dances with his daughter and Jonathan kisses Rose - not yet able to break the news that she is his sister.