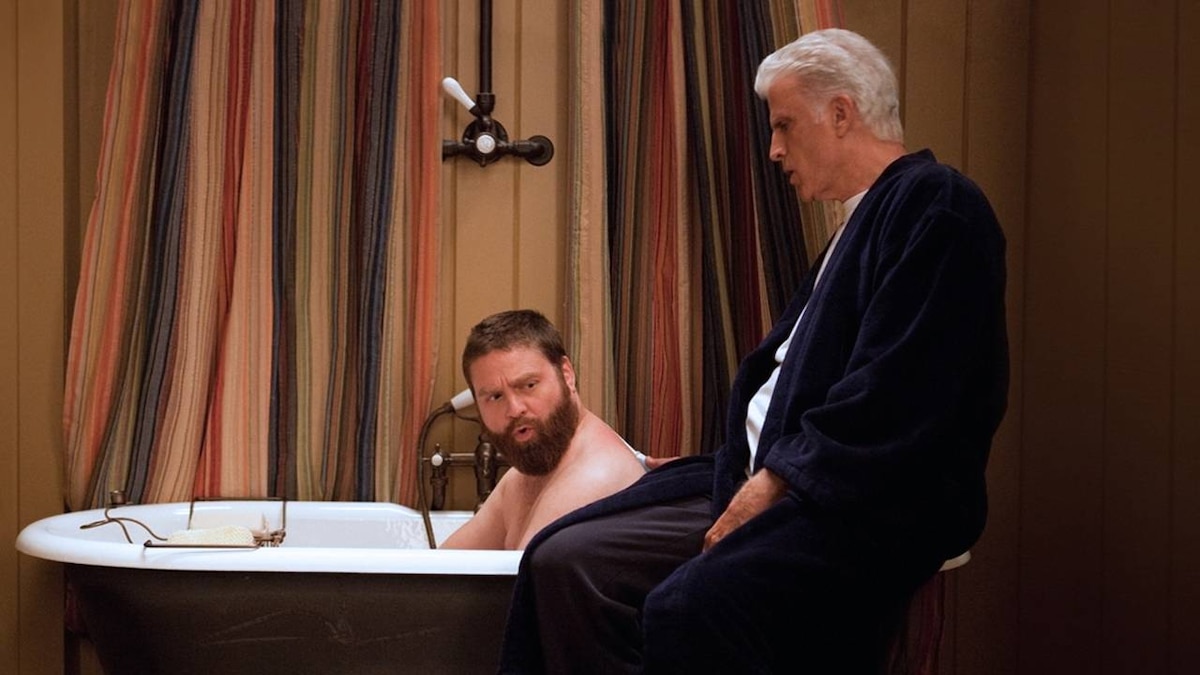 Two Large Pearls and a Bar of Gold

Jonathan tries to track down information about the burned-down New Jersey sperm bank, but hits a dead end. Patti, the woman who deflowered Jonathan at Princeton (and vice versa), has her father hire Jonathan to guard her family jewels at her pre-wedding festivities.

Leah walks in on Belinda giving Ray a bath and Belinda blurts out that they committed adultery. Leah kicks him out and Ray takes refuge at George's.

Jonathan brings Ray and George along on the jewel-guarding job. Patti is intent on making Jonathan adhere to their college pact to sleep with each other once more before she marries.

Ray and George wait in the jewel-guarding room, and Ray bemoans how he ruined things with Leah. Jonathan meets up with Patti but is impotent, and somewhat relieved. When the lights suddenly go out, Ray and George try to find the circuit breaker. Jonathan and Patti creep along the hallway and when the lights go on, they are face to face with a masked burglar. Jonathan fights him off with a sword (yanked from the wall), piercing the man in his side. As they battle, the necklace flies free of its protective briefcase and the burglar escapes with it.

When they report the robbery to Patti's father, Jonathan realizes that Mr. Stevenson, who has a wound in his side, was the burglar. Stevenson comes clean: He stole his own family necklace so he could get the insurance money.

As they are leaving, Patti runs out to thank Jonathan. Their unsuccessful tryst made her realize she loves her fiancé. Jonathan gets a call from a woman, telling him she has information about his biological father.