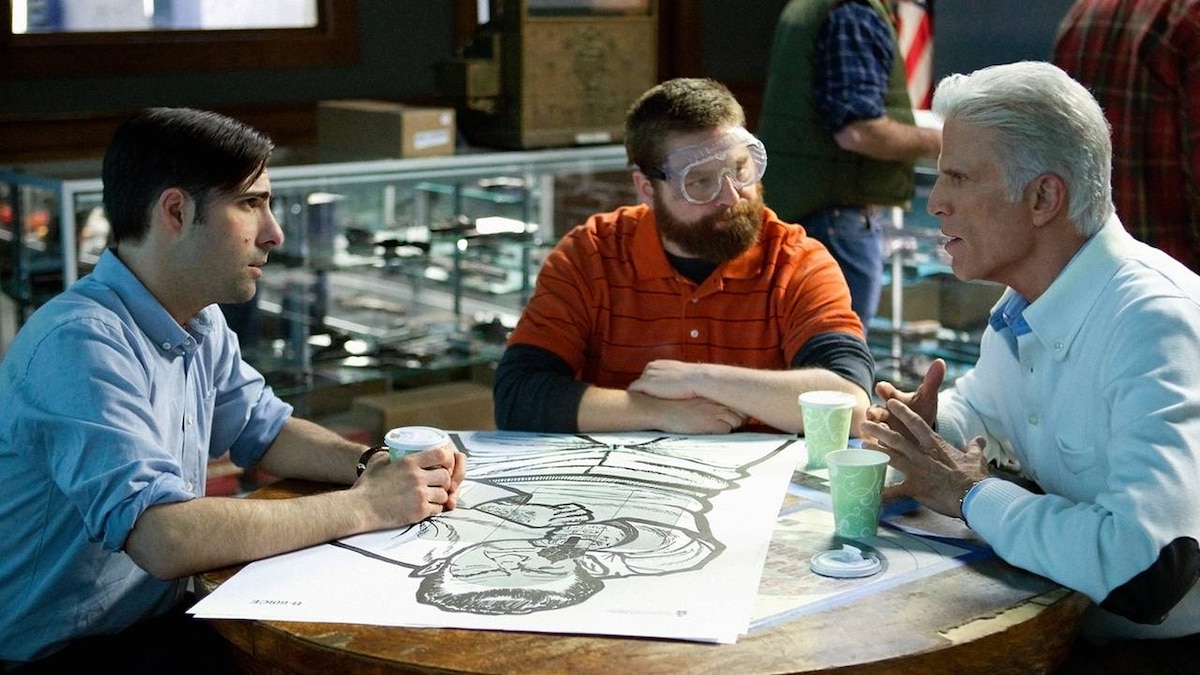 We Could Sing a Duet

George enlists Jonathan to sabotage Emily and Bernard's engagement by taking her out and showing her a youthful time. Ray, feeling a surge of creative energy, stays home to draw but Leah reminds him he has to do his chores. He wrenches his back cleaning the toilet and doesn't do a thorough job with grocery shopping. Later, Leah discovers he has fed the girls non-organic chicken. Furious, she throws him out.

That night, Emily compliments Jonathan on his detective slogan, "Need a Dick?" Jonathan, not having a slogan, realizes he has a double. He and Emily make an appointment with the other Jonathan Ames and confront him. Faux Jonathan is on his way to a stake-out, and real Jonathan and Emily join him.

On their boys' night out, Bernard brings George to Richard and Sons, not realizing it is Antrem's new restaurant. Louis Greene is their waiter (part of his prison work-release) and Antrem informs them that all of his artisanal food comes from within a fifty-mile radius of the city, beating George on his restaurant's 100-mile radius. During Richard's speech to the patrons, Bernard shouts that he's spotted a rat. Mayhem ensues, and a grateful George is won over by Bernard's gesture.

Meanwhile, Jonathan and Emily learn the stakeout is of a plushy rendezvous, trying to catch the tiger in the act. As they wait and watch, faux Jonathan and real Jonathan drink and get stoned, and Emily falls off the wagon. Emily slips out and busts in on the plushies to help the case along. The two Jonathans rush to her rescue, but not before she is knocked in the nose.

While giving Leah "space," Ray runs into Belinda, the older woman he met last year while searching for Little Ray. Their attraction is palpable and they end up back at her place, in bed together.