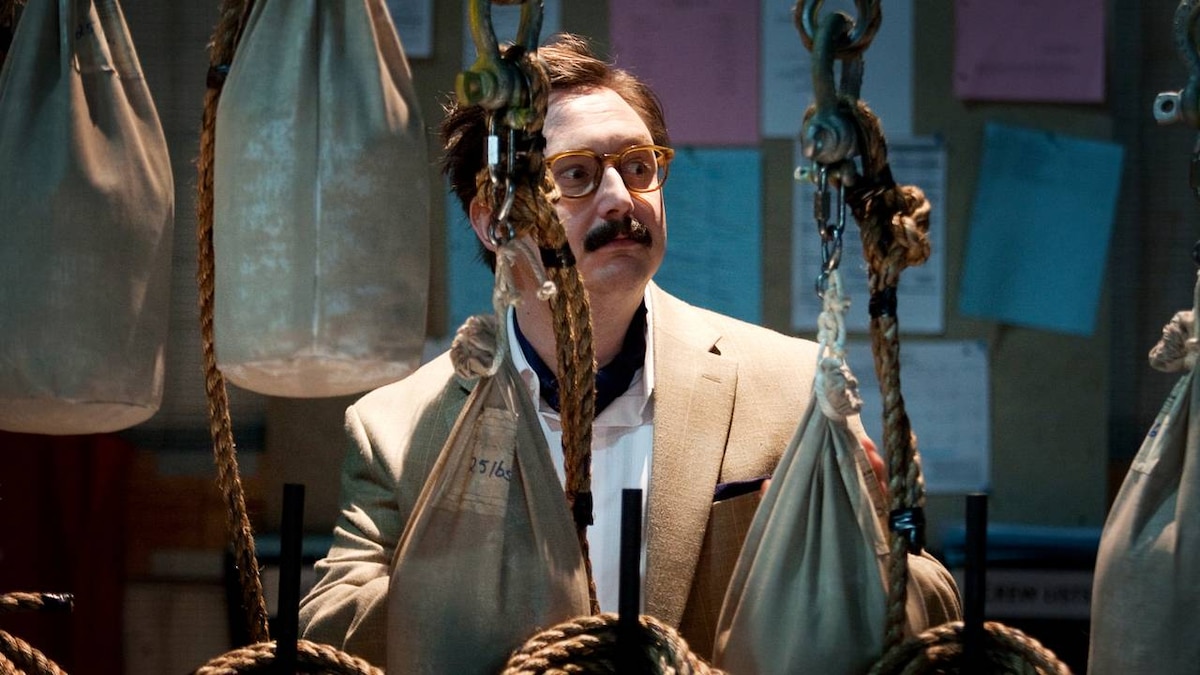 The Black Clock of Time

Jonathan discovers that his sperm bank of origin was burned down, along with the records. But he has to prepare for The New Dick Cavett show.

George relays the story of the carousel shootout to Emily and Bernard. The couple reveals that they are engaged, having been unable to wait for George's permission.

Later George meets with Jonathan to help him prepare for his Dick Cavett interview, and confides his concerns about his daughter's fiancé. At Jonathan's urging, George tells Emily he fears she's with Bernard as a weird Freudian substitute for him. She insists her heart wants what it wants and asks that he respect her feelings. George acquiesces.

Ray takes Spencer to the park and tries to join a breastfeeding support group but is denied. Leaving the park, he doesn't realize that he's taken the wrong stroller - with the wrong baby inside. The mother of the missing child calls the police when a Google search reveals Ray's Super C*ck drawings. An amber alert goes out for Ray, who is back at Leah's, unaware of his mistake. The police show up and arrest Ray.

Backstage at Cavett, Jonathan is stunned to find Louis Greene in the green room. He is there to try to get interest for his unpublished novel, ‘The Black Clock of Time.' Extremely nervous, Jonathan starts down the wrong path with Cavett, trying to be like Robert Mitchum. But Cavett puts him at ease and when the interview turns to Jonathan's search for his biological father, Cavett bumps Greene to continue the conversation. Jonathan speaks of Green's odd childhood and tries to bring down the curtain in a fit of rage, but instead cuts down a sandbag, narrowly missing Cavett.

As Louis is escorted into jail, he sees Ray on his way out. Ray is greeted on the outside by George, Jonathan and Leah. She assures him Spencer is okay - but gives him the news that Spencer's mother wants to reconsider their visitation arrangement.